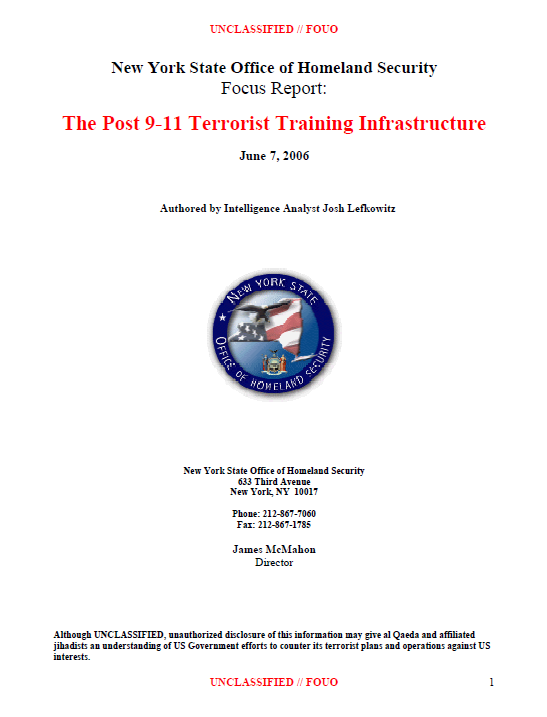 Until shortly after 9/11, when the U.S. military launched an invasion intended to destroy Al Qaeda’s infrastructure and sanctuary, the vast majority of the terror network’s training camps were located in Afghanistan. According to the 9/11 Commission, between 1996 and 2001, a total of 10,000 to 20,000 individuals trained for jihad at camps such as Al-Farooq, Khalden, and Derunta. Other sources, such as former Senator Bob Graham, cite an estimate from the CIA’s Counterterrorism Center that, in fact, between 70,000 and 120,000 passed through Al Qaeda’s Afghan camps. A significant number of those attendees were Western citizens. For example, open sources report that in January 2002, British military intelligence discovered the names of 1,200 British citizens who trained with Al Qaeda in Afghanistan. U.S citizens, such as Jose Padilla, John Walker Lindh, and the Lackawanna Six, also traveled to Afghanistan for training.

At these camps, operatives honed their deadly craft. As then-Deputy Attorney General James Comey detailed in a 2004 press briefing, Al Qaeda’s training regimen included instruction on “AK-47, on G-3, M-16, Uzi and other machine guns. Training on topography; communications; camouflage; clandestine surveillance; explosives, including C-4 plastic explosives, dynamite and mines; as well as physical fitness and religious training.” Ahmed Ressam, convicted of plotting to blow up Los Angeles International Airport on the eve of the Millennium, testified in federal court that advanced warfare skills were also taught. Ressam noted that trainees learned “how to blow up the infrastructure of a country…[e]lectric plants, gas plants, airports, railroads, large corporations,” as well as “how to mix poisons with other substances…designed to be used against intelligence officers and other VIPs.” Reflecting the advanced training offered to select recruits, the U.S. government has alleged that in Afghanistan Jose Padilla “learned how to seal an apartment to trap the natural gas and to prepare an explosion using that gas that would have maximum yield and destroy an apartment building.”

In addition to learning the lethal tools of jihad, operatives also plotted attacks and made valuable contacts.2 As the 9/11 Commission documents, attacks ranging from the 1993 World Trade Center bombing to 9/11 can be traced to Afghanistan; post-9/11 plots can also be linked to those camps. For example, according to the U.S. government, Jose Padilla and Adnan El-Shukrijumah’s plan to simultaneously blow up as many as twenty apartment buildings in the U.S. came together in Afghanistan, as the men strengthened ties initially forged in a South Florida mosque.