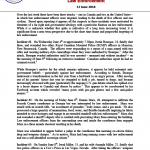 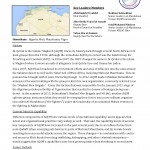 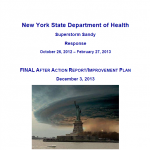 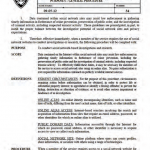 A September 2012 presentation from the Fire Department of the City of New York describing the “transient threat” posed by by gourmet food trucks around the city.

Criminal complaint in the matter of United States of America against Quazi Mohammad Rezwanul Ahsan Nafis who is accused of attempting to detonate an explosive device in front of the Federal Reserve Bank of New York on October 16, 2012.

Criminals and terrorists have long used official vehicles, “cloned” vehicles (those painted/decorated to appear official), or seemingly legitimate vehicles (e.g. livery, maintenance or delivery) to circumvent security measures at targets of interest. There have been numerous terrorist attacks overseas wherein operatives used police vehicles or ambulances (or vehicles painted to resemble same) to conceal improvised explosive devices. Within the US Homeland, the most common use of cloned official vehicles by criminals is for drug smuggling; however, at least one terrorist targeting New York envisioned misusing vehicles that would appear to be legitimate, in order to conduct an attack. Dhiren Barot, an al Qaeda operative involved in the 2004 Financial Centers Plot, allegedly plotted to detonate three limousines packed with explosives and gas cylinders in underground parking lots in Manhattan. While the limousines would not have masqueraded as “official vehicles” per se they would have appeared to be legitimately entering those parking structures.

Decision by the New York Supreme Court to deny extension of a temporary restraining order and maintain previous eviction order from November 15, 2011.

These photos and videos depict a New York Police Department Lieutenant named Connolly striking protesters blindly with a baton.  This man has been identified as Lt. Brian Connolly of the 9th Precinct, who was awarded the Medal for Valor in…

Photos taken on September 24, 2011 of march to Union Square and subsequent arrests. Photographers Marnie Joyce, Brennan Cavanaugh and especially Paul Weiskel are to be commended for choosing to license their photos under a Creative Commons license.  See also:…

FBI New York case information indicates an identified street gang leader in the Bronx is suspected of using a prepaid Stored Value Card (SVC) to launder illicit proceeds from narcotics transactions. This individual is identified as loading over $20,000 dollars onto this prepaid SVC between November 2009 and March 2011.

Eighty-five percent of the critical infrastructure in the United States belongs to private enterprise and corporations. Thus, security guards are literally one of the nation’s first groups of defenders and play an integral role in prevention and deterrence efforts. Success in prevention and deterrence of both general crime, and terrorist acts as well, begins with the establishment of a baseline and maintenance of a robust all-hazards and all-crimes management infrastructure. The professional security guard industry in New York State with an excess of 140,000 certified security guards inhabit that baseline. This program will provide security guards with the basic awareness of terrorism issues that can potentially affect responsibilities within the purview of their employment. It will improve observation, detection and reporting capabilities while enhancing coordination capability with other emergency response professionals. Additionally, this program will elaborate on previously provided instruction, thereby elevating participants’ familiarity with access control issues and security technology.

The Vigilance Project is a comprehensive, analytic report that examines major terrorism cases that have taken place against the Homeland since September 11, 2001. The report serves as a historical compilation of acts or attempted acts of terrorism against the United States, or its interests, and as a tool to identify trends and commonalities among the cases and the subjects involved. It is recognized that the threat environment is dynamic and potential threats are not limited to the findings contained in this report. As the title suggests, it is the duty of every citizen to remain vigilant in the face of terrorism. The findings of this report allow readers to gain an understanding of terrorism participants, their tactics and procedures, and become aware of similarities among the cases, in order to draw useful conclusions. The ultimate goal of the Vigilance Project is to provide useful information to law enforcement partners to support their role in preventing the next attack.

Until shortly after 9/11, when the U.S. military launched an invasion intended to destroy Al Qaeda’s infrastructure and sanctuary, the vast majority of the terror network’s training camps were located in Afghanistan. According to the 9/11 Commission, between 1996 and 2001, a total of 10,000 to 20,000 individuals trained for jihad at camps such as Al-Farooq, Khalden, and Derunta. Other sources, such as former Senator Bob Graham, cite an estimate from the CIA’s Counterterrorism Center that, in fact, between 70,000 and 120,000 passed through Al Qaeda’s Afghan camps. A significant number of those attendees were Western citizens. For example, open sources report that in January 2002, British military intelligence discovered the names of 1,200 British citizens who trained with Al Qaeda in Afghanistan. U.S citizens, such as Jose Padilla, John Walker Lindh, and the Lackawanna Six, also traveled to Afghanistan for training.