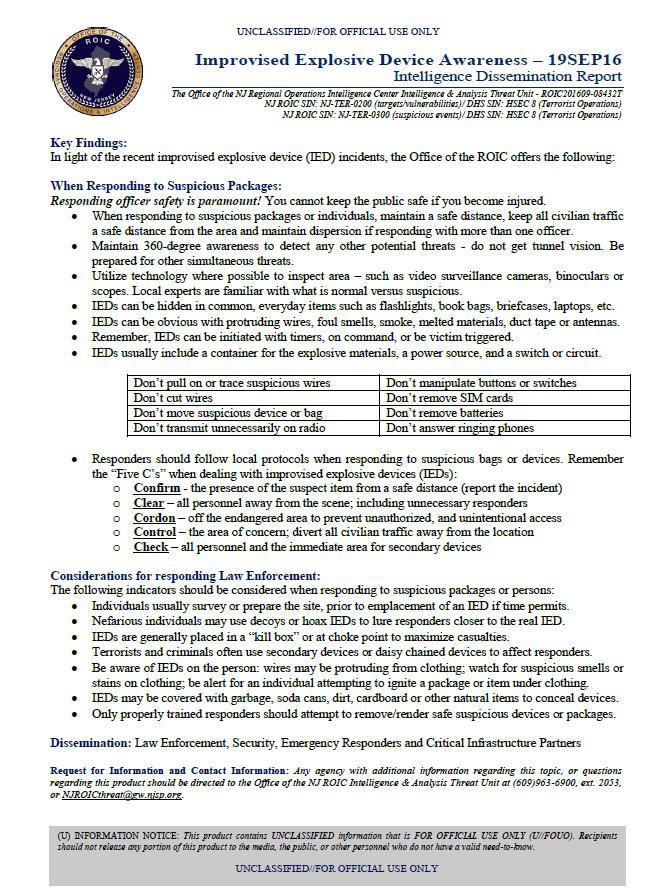 In light of the recent improvised explosive device (IED) incidents, the Office of the ROIC offers the following:

When Responding to Suspicious Packages:

Responding officer safety is paramount! You cannot keep the public safe if you become injured.

The following indicators should be considered when responding to suspicious packages or persons: