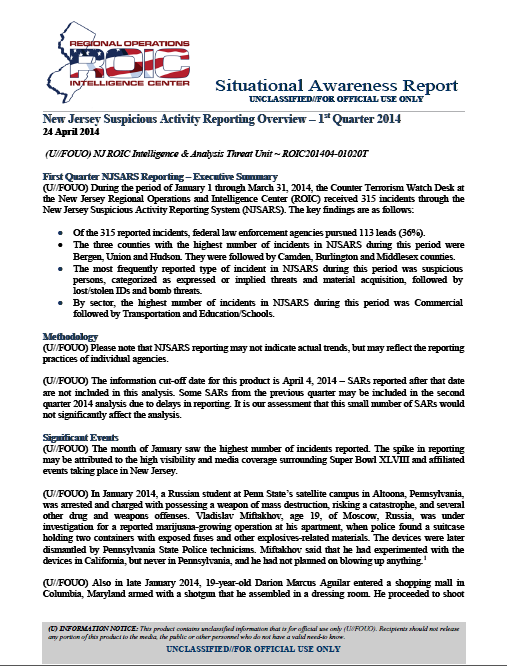 (U//FOUO) During the period of January 1 through March 31, 2014, the Counter Terrorism Watch Desk at the New Jersey Regional Operations and Intelligence Center (ROIC) received 315 incidents through the New Jersey Suspicious Activity Reporting System (NJSARS). The key findings are as follows:

(U//FOUO) Please note that NJSARS reporting may not indicate actual trends, but may reflect the reporting practices of individual agencies.

(U//FOUO) The information cut-off date for this product is April 4, 2014 – SARs reported after that date are not included in this analysis. Some SARs from the previous quarter may be included in the second quarter 2014 analysis due to delays in reporting. It is our assessment that this small number of SARs would not significantly affect the analysis.

(U//FOUO) The month of January saw the highest number of incidents reported. The spike in reporting may be attributed to the high visibility and media coverage surrounding Super Bowl XLVIII and affiliated events taking place in New Jersey.

(U//FOUO) In January 2014, a Russian student at Penn State’s satellite campus in Altoona, Pennsylvania, was arrested and charged with possessing a weapon of mass destruction, risking a catastrophe, and several other drug and weapons offenses. Vladislav Miftakhov, age 19, of Moscow, Russia, was under investigation for a reported marijuana-growing operation at his apartment, when police found a suitcase holding two containers with exposed fuses and other explosives-related materials. The devices were later dismantled by Pennsylvania State Police technicians. Miftakhov said that he had experimented with the devices in California, but never in Pennsylvania, and he had not planned on blowing up anything.

(U//FOUO) Also in late January 2014, 19-year-old Darion Marcus Aguilar entered a shopping mall in Columbia, Maryland armed with a shotgun that he assembled in a dressing room. He proceeded to shoot and kill two employees at random then stepped out of the store, fired several more shots, and injured five additional victims before committing suicide. In addition, further investigation revealed crude explosive devices were found in his bag. In March, Howard County Police confirmed that Aguilar had no connection to his victims and modeled his attack after the Columbine High School shooting.

(U//FOUO) In February 2014, members of the Atlanta, Georgia, Joint Terrorism Task Force (JTTF) arrested three men in Cartersville, Georgia, on federal firearms and explosives charges. According to a criminal affidavit, Terry Eugene Peace, 45; Brian Edward Cannon, 36; and Cory Williamson, 28, of Rome, Georgia, were part of a group that was planning to target the US government, including the Transportation Security Administration (TSA), Department of Homeland Security (DHS), and the Federal Emergency Management Agency (FEMA). The affidavit stated that task force agents had intercepted chats in which group members claimed that they were planning to “strategically sabotage power grids, transfer stations, and water treatment facilities.” 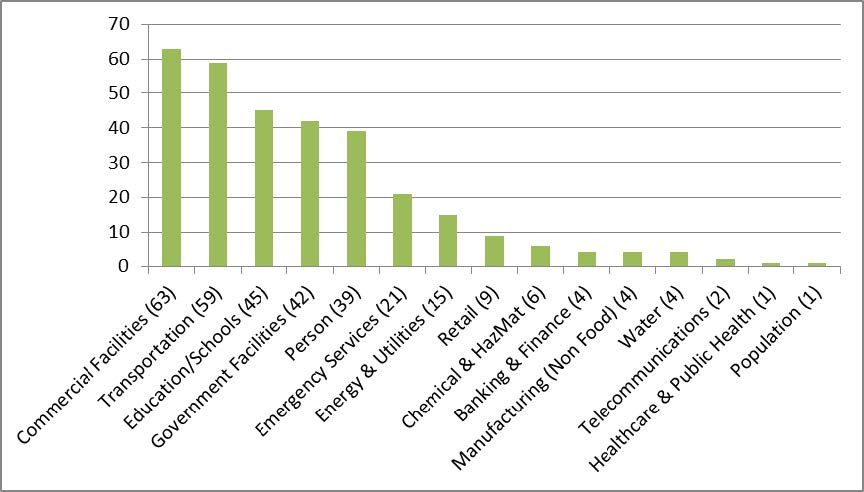 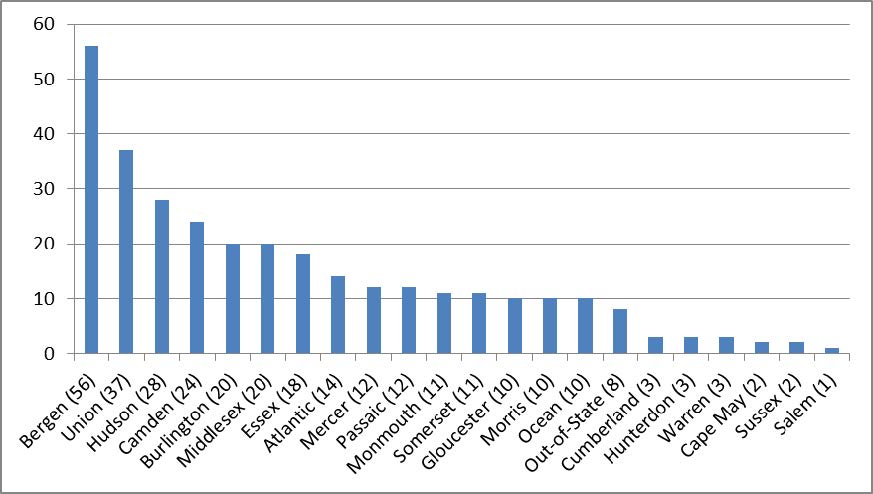 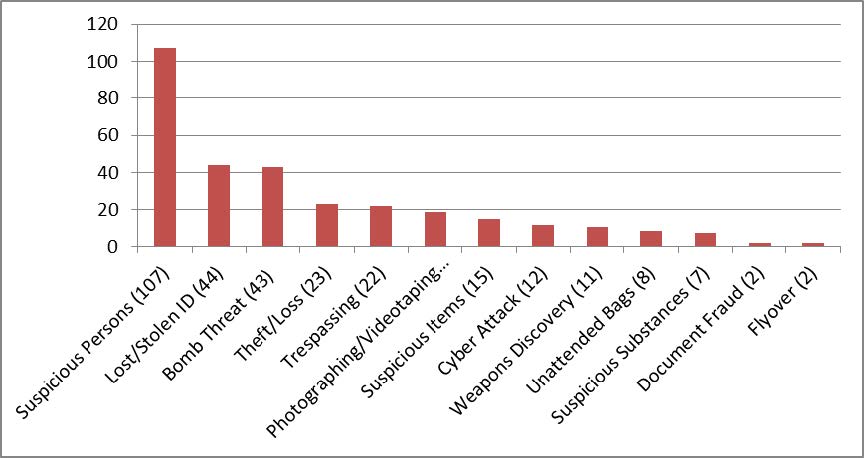 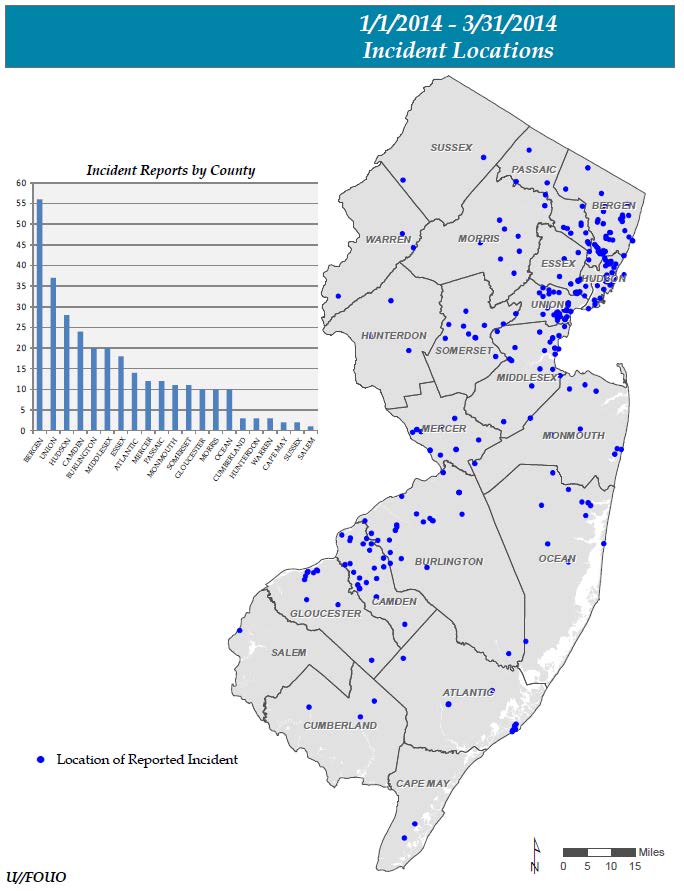