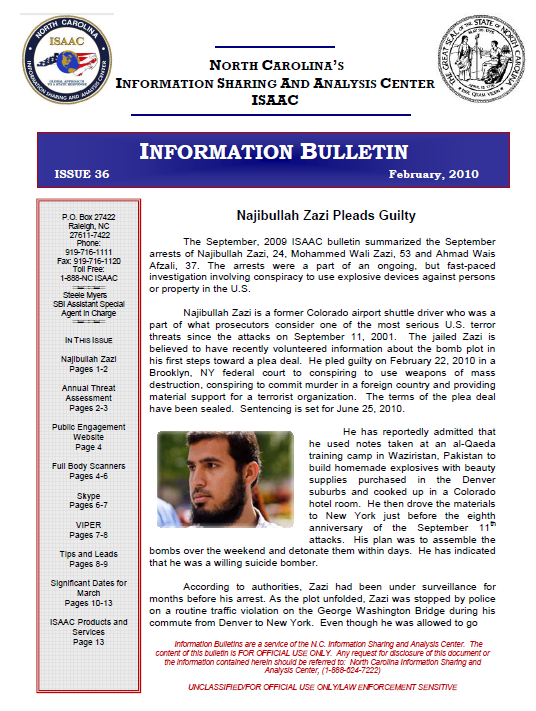 Last February, it was announced that $1 billion had been provided for airport screening. In May, details of how that money would be spent included $25 million for new scanners. Following contract proposals, the contract was awarded to a California-based company, Rapiscan.

Boston and Chicago were selected for the first installs based on risk and whether the
airports were physically able to install the machines and provide screeners to operate them.

TSA has also announced the expanded use of Explosive Trace Detection (ETD)
technology at airports nationwide as an additional layer of security. “Explosive Trace Detection
technology is a critical tool in our ability to stay ahead of evolving threats to aviation security,”
said TSA Acting Administrator Gale Rossides. “Expanding the use of this technology at
checkpoints and at departure gates greatly enhances security to keep the traveling public safe.”

Passengers can now expect to see the increased random use of ETD technology in
areas where TSA currently conducts screening such as the security checkpoint, as well as in
the checkpoint queue, and boarding areas. Officers may swab a piece of luggage or
passengers’ hands, then use ETD technology to test for explosives. The swab is placed inside
the ETD unit which analyzes the content for the presence of potential explosive residue. To
ensure the health of travelers, screening swabs are disposed of after each use. Since it will be used on a random basis, passengers should not expect to see the same thing at every airport or
each time they travel.

Skype is a software application that allows users to make voice calls over the Internet.
Calls to other subscribers of the service are free, as well as to free-of-charge numbers in some
countries. Calls to other landlines and mobile phones can be made for a fee. Additional features
include instant messaging, file transfer and video conferencing.

Skype Communications has now established a Law
Enforcement Relationship Management (LERM) Team to ensure the
safe and responsible use of its communications platforms and to
encourage legal prosecution of those responsible for misconduct on
these platforms. LERM handles all inbound requests from law enforcement for records
concerning Skype users.

Subpoenas may also be faxed to Skype LERM at +352.26.20.15.82 with a follow up
subpoena mailed to the above address.
In response to a subpoena or other court order, Skype will provide:
• Registration information provided at time of account registration
• E-mail address
• IP address at the time of registration
• Financial transactions conducted with Skype in the past year, although details of the
credit cards used are stored only by the billing provider used (for instance, Bibi, RBS or
Pay-Pal)
• Destination telephone numbers for any calls placed to the public switched telephone
network (PSTN)
• All service and account information, including any billing address(es) provided, IP
address (at each transaction), and complete transactional information.

Skype will not provide information without a subpoena.

Strategic Technology Reserve (STR) is a term that has been adopted by the U.S.
Department of Homeland Security to describe deployable radio assets. This reserve can be
utilized to facilitate interoperability between local, county, state and federal entities as well as
non-governmental agencies in the case of an emergency or scheduled event. It is designed to
support command and control communications, as well as tactical functions in order to provide
an effective communications and interoperability solution. The North Carolina STR assets
consist of two primary components; Radio Equipment Trailers and Mobile Towers.

There are eight Radio Equipment Trailers, each with 80 portable radios. The 80 portable
radios are allocated as follows:

The radio caches are stored in self-contained, field-deployable storage containers which
include the necessary ancillary support equipment. Each radio cache has disposable and
rechargeable batteries for each radio plus equipment to recharge all batteries.

The radios on each frequency band are programmed to operate on the applicable EMS,
Fire-Rescue and Law Enforcement public safety radio systems throughout N.C. The Radio
Equipment Trailers are also equipped with the capability to program or reprogram cache radios
when necessary to meet unanticipated communication requirements. Each trailer also contains
tactical audio switches that permit interconnection of incompatible radio users and/or systems.