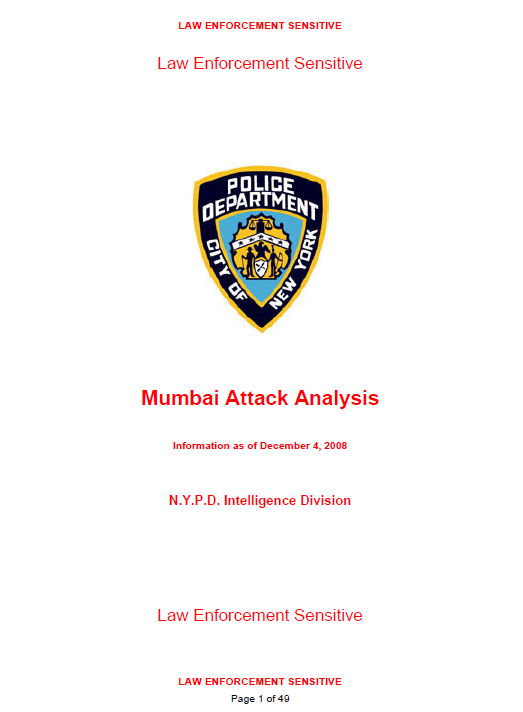 • On the evening of November 26, 2008, ten (10) terrorists executed multiple coordinated attacks using automatic weapons and hand grenades on various “soft targets”, such as hotels and restaurants, in Mumbai, India.

• The operational modus operandi of this terrorist attack constitutes a major shift in the traditional terrorist tactics of using suicide operatives and planted explosive devices, to the execution of a well planned “commando” type military assault using automatic weapons, hand grenades and urban combat tactics, intended to inflict the maximum number of casualties.

• The media reported death toll is at least 172 people killed and 293 wounded. Among the dead were 126 Indian civilians, 15 police officers and 31 foreigners. The breakdown of the foreigners was as follows:

• Open source reporting indicates that of the ten (10) terrorists involved:

• The terrorists have been linked to Lashkar-e-Toiba (LeT), as according to media reports, intelligence officials have communication intercepts between the terrorists and known LeT individuals in Pakistan.

• Initial reports of two of the terrorists being British-Pakistani appear to be false.

• Initially, it appears that the terrorists attempted to separate out Muslims and identify U.S., British and Israeli citizens to possibly use as hostages, however, their tactics shifted to simply killing anyone who they came across.

• It appears that the terrorists hijacked a 45-foot long fishing vessel named the “Kuber” and killed its five person crew. The terrorists and their weapons were ferried into the target area by two (2) small inflatable boats.

• Open sources report that a satellite telephone was recovered on this vessel and it is believed that it was used by the terrorists to make calls to Jalalabad, Pakistan. These calls were traced to a subject called Zakir Ur Rehman, a chief of training for the LeT, according to law enforcement statements to the media.

• Open source reporting states that additional clothing and personal articles recovered from the hijacked fishing vessel, indicate that there may be five (5) additional terrorists involved in the attack that are unaccounted for.

• It is also reported that the explosions at Wadi Bunder and Vile Parle were from bombs placed in taxi cabs. It is alleged that the terrorists hired these cabs for transportation once they came ashore and planted the bombs in the cabs.

• The media reported that during the attack, the terrorists deployed three (3) bombs made with RDX. One of the devices was placed less than 50 meters outside the front entrance to the Taj Mahal Hotel and was defused by bomb technicians. It was described as containing 8 kilograms of RDX in a rucksack with ball bearings as shrapnel. The device had a programmable timer attached to a 9 volt battery and was set to detonate in 5 hours. Another device was placed near the Gokul Restaurant in Colabawa and also defused.

The third device detonated at the entrance of the Trident Oberoi Hotel during the attack.

• According to reports, the predetermined targeting strategy of the terrorists was that one of the teams concentrate specifically on attacking Indian citizens, while the other three target westerners. The first team proceeded to target Indian nationals in the vicinity of the train station, movie theater and hospital, while the other teams attacked the two luxury hotels – the Taj Mahal and Oberoi Trident, the Leopold Café, and the Nariman house. One of these teams also managed to seize a marked police S.U.V. which they used to conduct drive by shootings.

• Open source information states that intelligence sources intercepted a conversation between Muzammil, the Chief of LeT Operations and a subject named Yahya in Bangladesh. These sources state that Yahya arranged SIM cards and fake ID-cards primarily from western countries, namely Mauritius, UK, U.S. and Australia. A Mauritian identity card was also found on one of the dead terrorists according to media reports.

• Intelligence sources, according to open source reports, have also revealed that in the second week of July, intelligence officials knew about 25 terrorists training in the Pakistani village of Durbari Mitho, and that an ISI agent was also involved in the training. 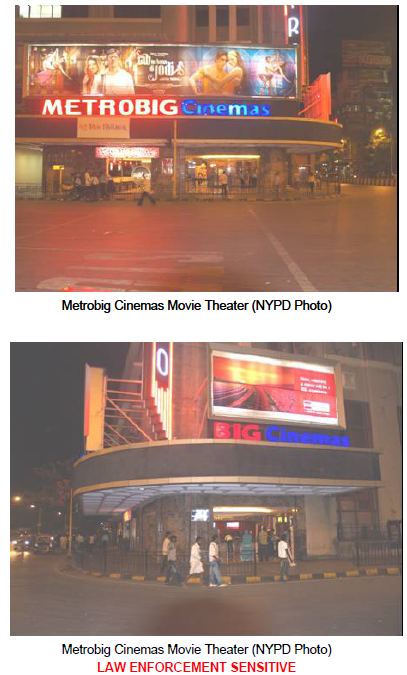 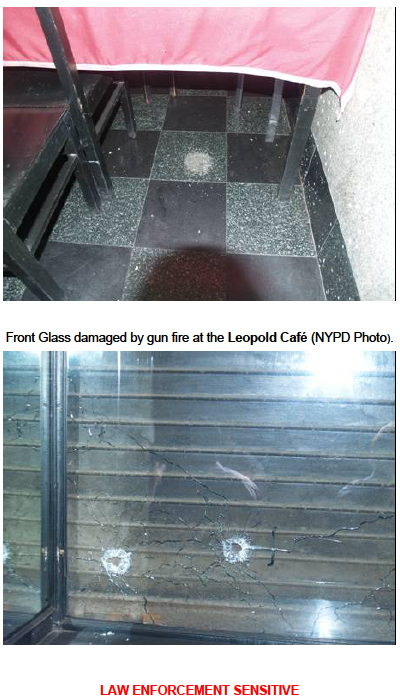 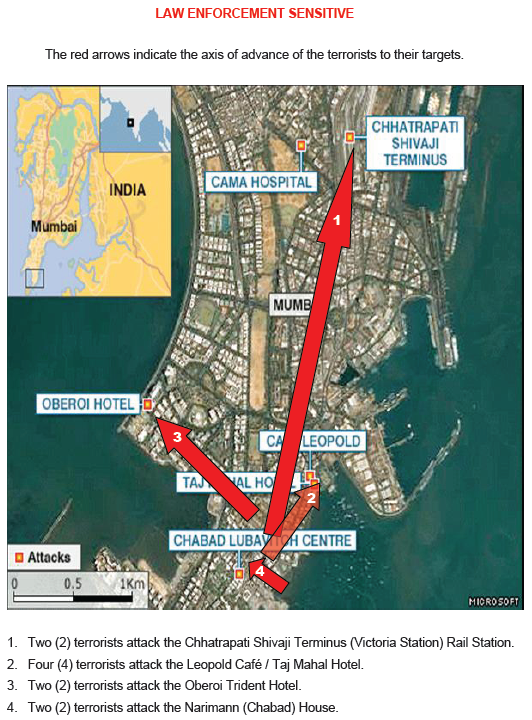