NYPD Radicalization in the West: The Homegrown Threat 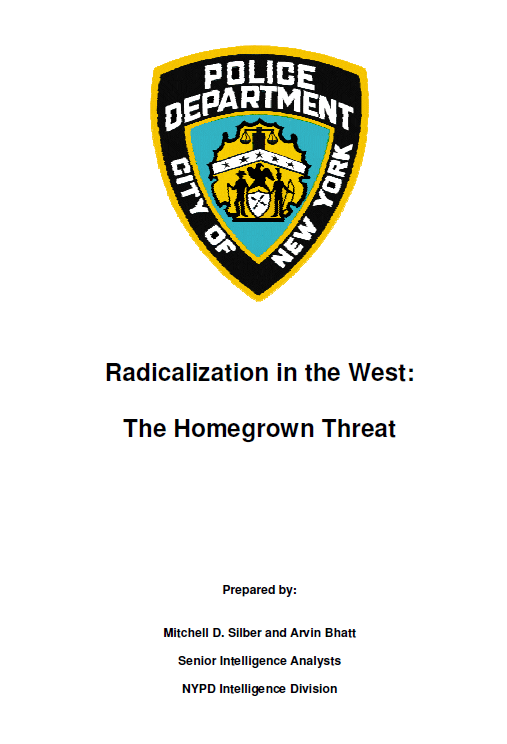 Jihadist or jihadi-Salafi ideology is the driver that motivates young men and women, born or living in the West, to carry out “autonomous jihad” via acts of terrorism against their host countries. It guides movements, identifies the issues, drives recruitment and is the basis for action.

• This ideology has served as the inspiration for numerous homegrown groups
including the Madrid March 2004 bombers, Amsterdam’s Hofstad Group,
London’s July 2005 bombers, the Australians arrested as part of Operation
Pendennis in late 2005 and the Toronto 18 arrested in June 2006.

An assessment of the various reported models of radicalization leads to the conclusion
that the radicalization process is composed of four distinct phases:

o Each of these phases is unique and has specific signatures

o Many stop or abandon this process at different points

o Although this model is sequential, individuals do not always follow a perfectly
linear progression 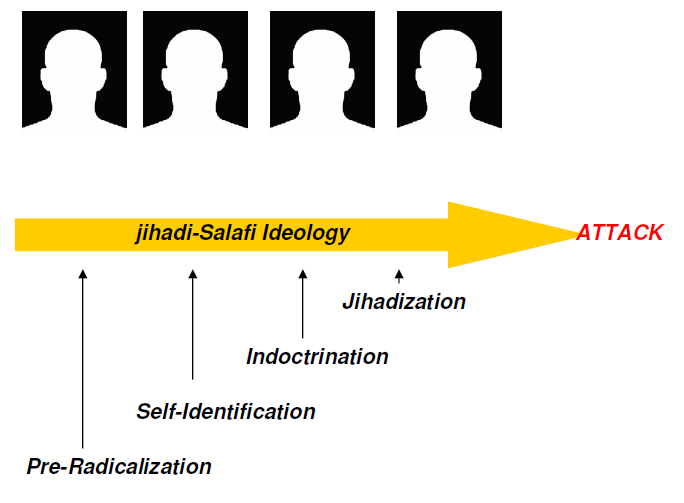 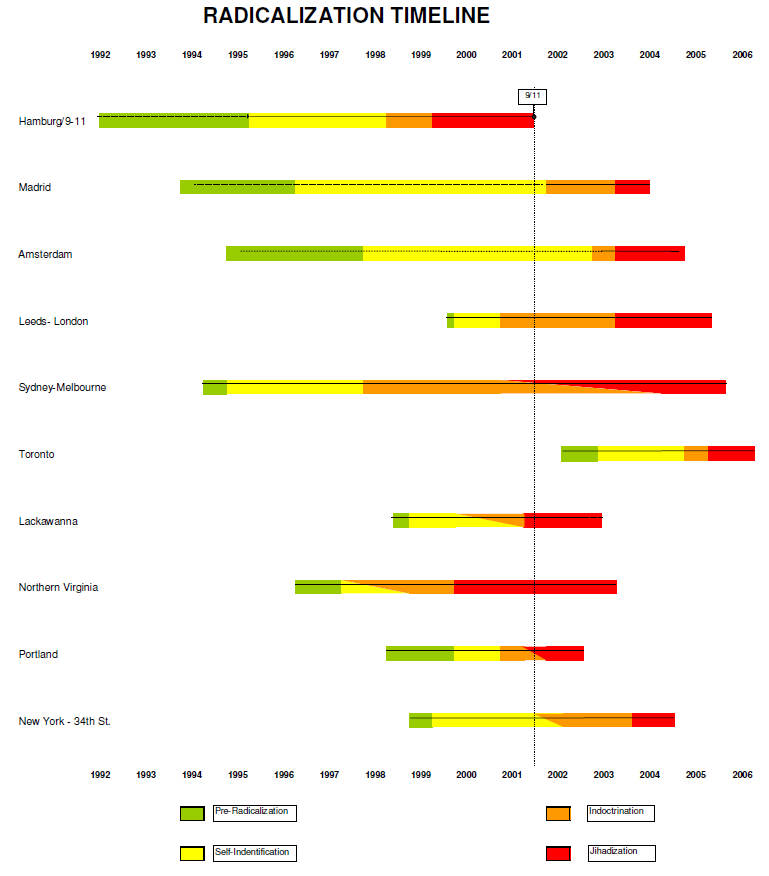