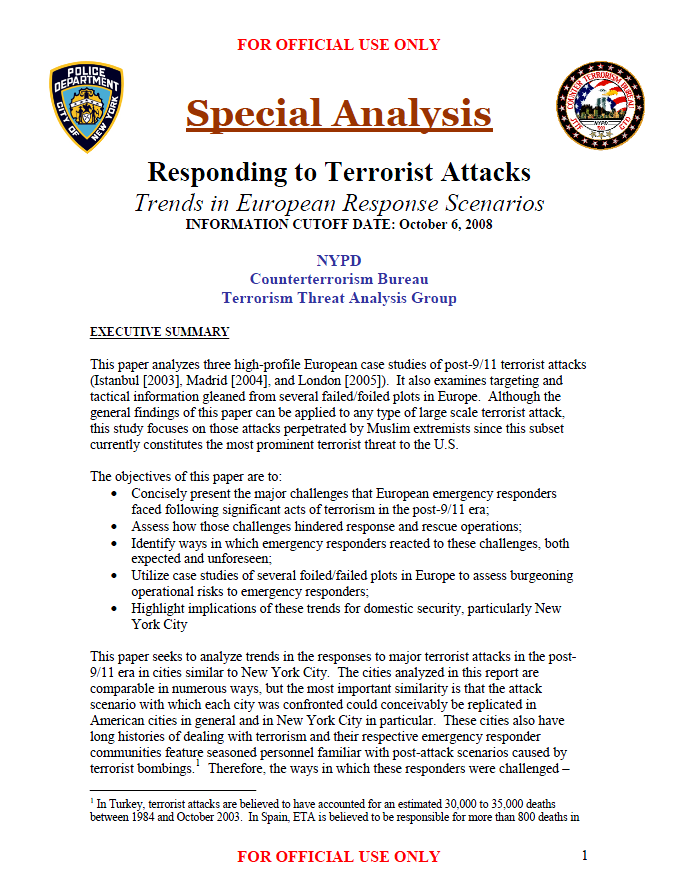 This paper analyzes three high-profile European case studies of post-9/11 terrorist attacks (Istanbul [2003], Madrid [2004], and London [2005]). It also examines targeting and tactical information gleaned from several failed/foiled plots in Europe. Although the general findings of this paper can be applied to any type of large scale terrorist attack, this study focuses on those attacks perpetrated by Muslim extremists since this subset currently constitutes the most prominent terrorist threat to the U.S.

The objectives of this paper are to:

This paper seeks to analyze trends in the responses to major terrorist attacks in the post-9/11 era in cities similar to New York City. The cities analyzed in this report are comparable in numerous ways, but the most important similarity is that the attack scenario with which each city was confronted could conceivably be replicated in American cities in general and in New York City in particular. These cities also have long histories of dealing with terrorism and their respective emergency responder communities feature seasoned personnel familiar with post-attack scenarios caused by terrorist bombings.1 Therefore, the ways in which these responders were challenged –  despite having experience responding to terrorist bombings – would likely provide useful information for New York City emergency responders who may one day find themselves in similar situations.
Some of the challenges described in this report are common to almost every terrorist attack. Nevertheless, it is useful to examine how expected challenges are dealt with by peers abroad, if only to identify ways to better prepare for such inevitabilities domestically. For example, British authorities anticipated that there would be severe traffic congestion following a significant terrorist attack in London. They therefore planned for this and, following the 7/7 attacks, had protocols already in place to transport medics and doctors to incident sites via bicycles and helicopters. Other items highlighted in this report demonstrate the capability of foreign emergency responders to improvise when confronted with unanticipated situations. On 3/11 in Madrid, responders at the Santa Eugenia train station were forced to rip benches from the ground to use as stretchers because they did not have sufficient supplies on-hand for such a mass casualty event.

In addition to analyzing past attacks, this paper presents several foiled/failed plots that could prove helpful in further illuminating relevant tactics and targeting preferences for terrorists operating in the West. Anecdotal evidence indicates that these operatives are increasingly interested in emergency responders in terms of thwarting their post-attack response efforts, as well as potentially targeting them outright. Although this does not constitute a new terrorist tactic, it was only until recently that Muslim extremists began demonstrating such targeting preferences in the West. 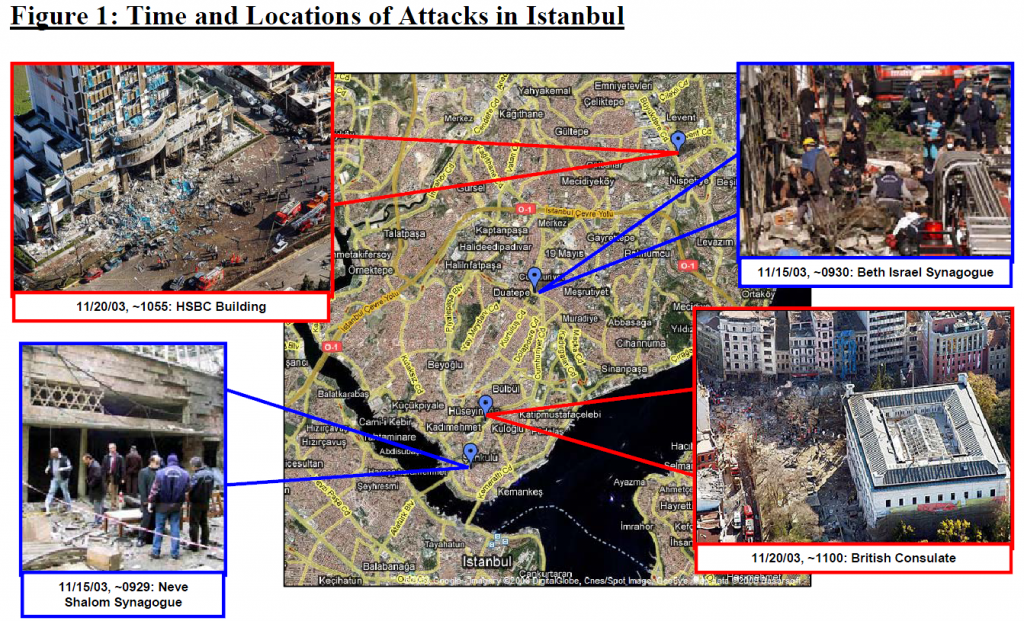 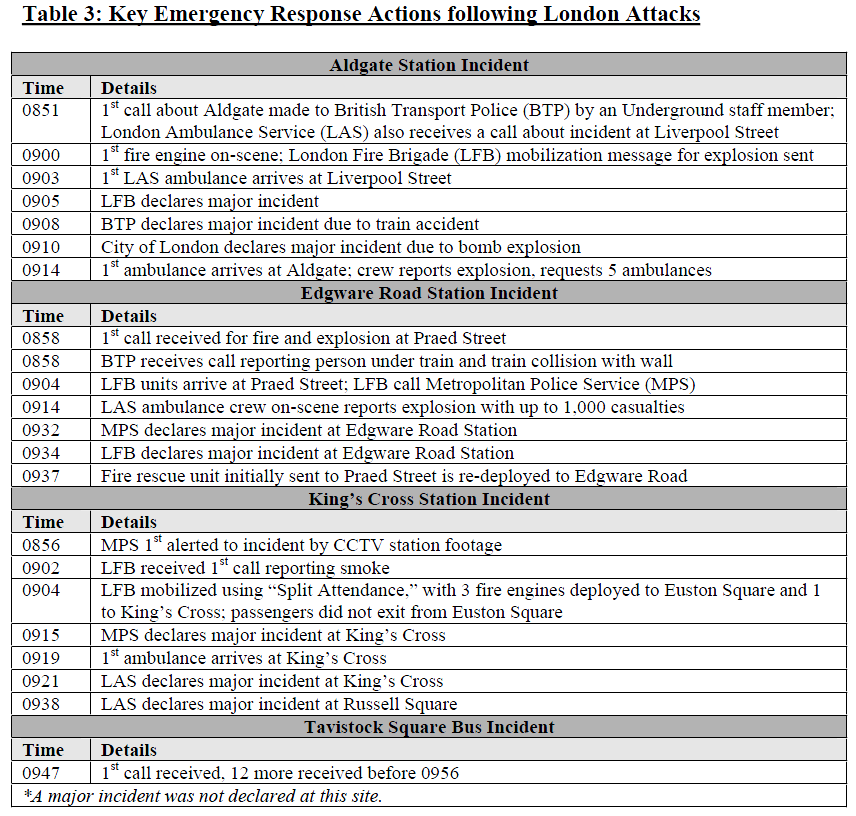