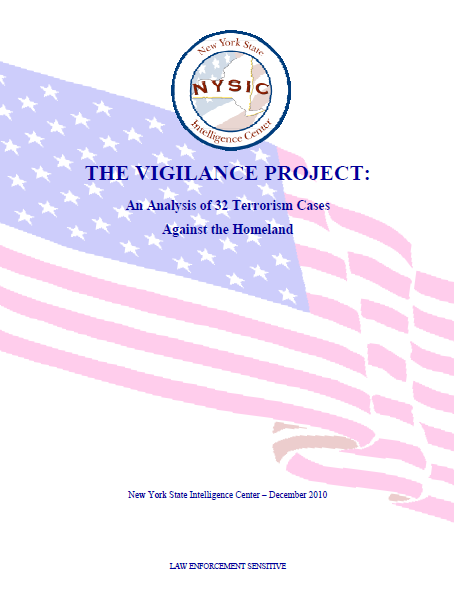 The Vigilance Project is a comprehensive, analytic report that examines major terrorism cases that have taken place against the Homeland since September 11, 2001. The report serves as a historical compilation of acts or attempted acts of terrorism against the United States, or its interests, and as a tool to identify trends and commonalities among the cases and the subjects involved. It is recognized that the threat environment is dynamic and potential threats are not limited to the findings contained in this report.

As the title suggests, it is the duty of every citizen to remain vigilant in the face of terrorism. The findings of this report allow readers to gain an understanding of terrorism participants, their tactics and procedures, and become aware of similarities among the cases, in order to draw useful conclusions. The ultimate goal of the Vigilance Project is to provide useful information to law enforcement partners to support their role in preventing the next attack.

This report is a first step in a continuing effort to identify and analyze commonalities among U.S.-based cases. Since the threat of acts of terrorism against our Homeland will likely continue—particularly terrorist plots targeting New York State—the collection and analysis of terrorism information that assists law enforcement and homeland security partners in preventing future attacks will be an ongoing effort at the New York State Intelligence Center (NYSIC). 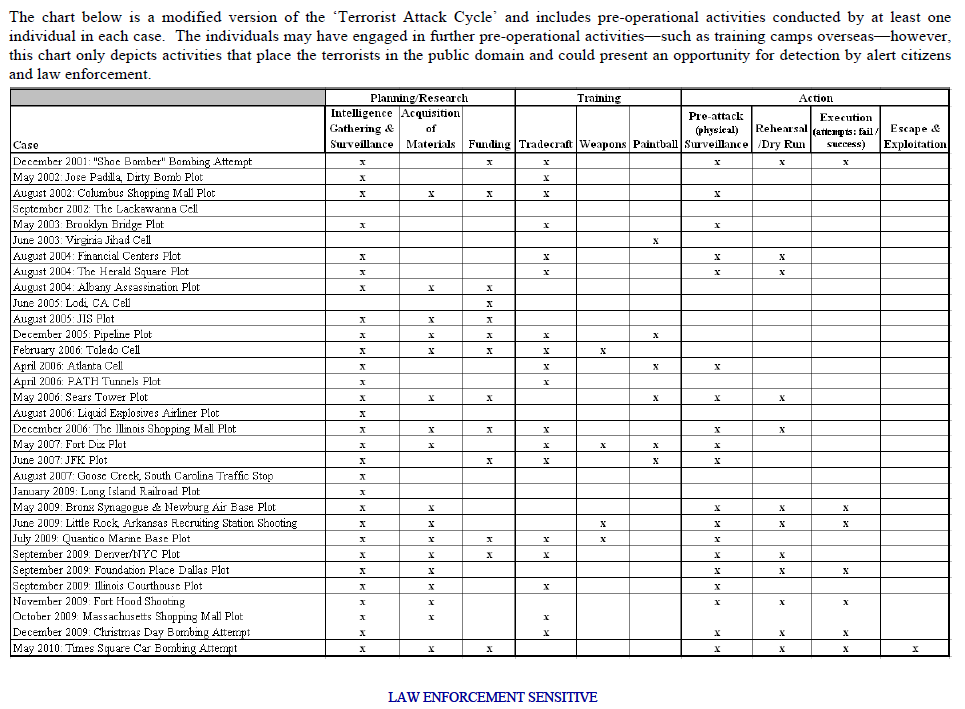