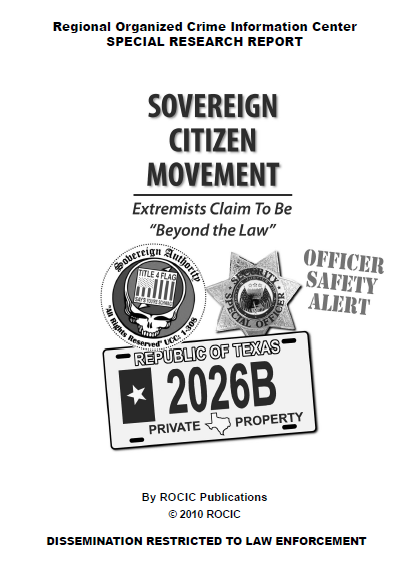 The sovereign citizen movement is a loosely organized collection of groups and individuals who have adopted an anarchist ideology originating in the theories of a group called the Posse Comitatus in the 1970s. The ideas of the sovereign citizen movement gained a following among anti-government militia, white supremacists, and other radical groups. In the mid-1990s, a resurgence of the movement also gained a following among African-American groups.

Adherents believe that virtually all existing government in the United States is illegitimate, and they seek to “redeem” an idealized, minimalist government that never actually existed. As a result, they believe they don’t have to answer to any government authority, including courts, taxing entities, motor vehicle departments, or law enforcement. Sovereign citizen disobedience of laws and regulations often lead to their involvement in criminal activity. Members of sovereign citizen groups use a variety of harassment and intimidation tactics against the government and other forms of authority. The most popular tactic is termed “paper terrorism,” referring to the filing of false liens against public officials to clog the court systems. Law enforcement’s ability to identify tactics used by sovereign citizens is essential, as these groups have a history of periodic violence when confronted by law enforcement. In the event that a member of your agency encounters one of these individuals, officers are advised to use extreme caution, and acquire as much information as possible, such as:

• Full name, address, and dates of birth of all vehicle occupants
• Any sovereign group or national affiliation, if provided
• Location of employment
• Where they are coming from and where they are going
• Any details regarding the visible contents of their vehicle 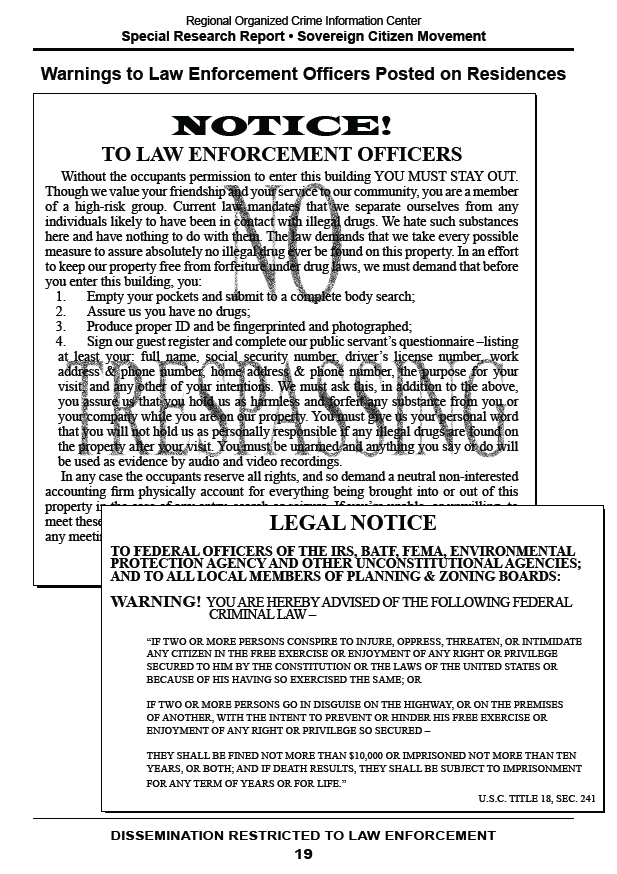