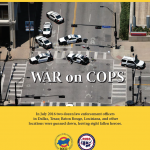 It seemed as if war had been declared on cops. First a sniper in Dallas and then an active shooter in Baton Rouge. “It has been a tough week physically and emotionally,” said Senior Corporal Trevor Perez, one of a couple dozen Dallas police officers and honor guard members to make the seven-hour trip to Baton Rouge to attend the funerals of Baton Rouge police officers, in this case that of Matthew Gerald. All the more tough because the corporal and his colleagues had just recently paid their respects at nearly a dozen similar funerals back in Texas. 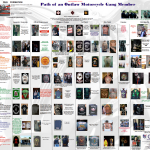 An October 2009 guide for law enforcement on the path of an outlaw motorcycle gang member.

Over the past two decades, a terrorist group known as Jamaat ul-Fuqra, or “Community of the Impoverished,” has been linked to multiple murders, bombings, and various other felonies throughout the United States and Canada. In 1980, a Pakistani cleric named Sheikh Mubarak Ali Gilani began preaching against Western culture at a Muslim mosque in Brooklyn, NY. He promoted Islam as the path to a better life and called for fighters to join his holy war against the Soviet occupation of Afghanistan.

ANALYSIS of terrorist preparations for past attacks overseas and in the United States suggests that preoperational indicators may be present in the days or weeks prior to an attack. Indicators may point to possible terrorist planning. Alone, an indicator can result from legitimate commercial activity or criminal activity not related to terrorism; however, multiple indicators can suggest a terrorist threat.