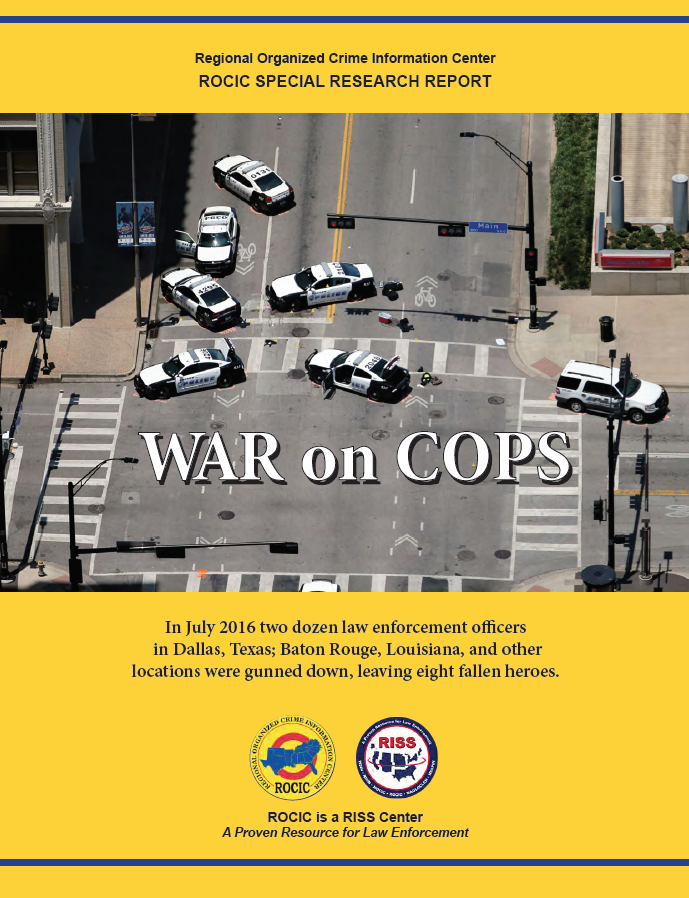 It seemed as if war had been declared on cops. First a sniper in Dallas and then an active shooter in Baton Rouge.

“It has been a tough week physically and emotionally,” said Senior Corporal Trevor Perez, one of a couple dozen Dallas police officers and honor guard members to make the seven-hour trip to Baton Rouge to attend the funerals of Baton Rouge police officers, in this case that of Matthew Gerald. All the more tough because the corporal and his colleagues had just recently paid their respects at nearly a dozen similar funerals back in Texas.

“We all know it can happen,” said Sr. Cpl. Perez. “But when you see it like this, happen to four co-workers wearing the same uniform as you are, once you have time to think about it, it hits you like a ton of bricks.”

“It was just such an outpouring of support last week from around the country for us,” said Dallas Police Senior Corporal William Hughes outside the Healing Place Church, which was filled with more than 3,000 attendees, some from faraway states. “We felt we needed to pay it forward for them.”

Baton Rouge Police Officer Matthew Gerald, 41, had been married and a father of two children. He had served three tours in Iraq as a U.S. Marine. When he started training at the Baton Rouge Police Academy—from which he had graduated in March—he told his training officer, “I’ve been serving my country, and now it’s time to serve my community.” His service was typical of all of the recently fallen heroes, those killed and the two dozen others wounded, some grievously. “It is not how these officers died that made them heroes, it is how they lived,” states the motto of the National Law Enforcement Memorial Fund.

“People don’t understand our job,” said Dallas Senior Corporal William Tony Rodriguez. “It’s getting to where you can’t talk to anyone without them saying, ‘Don’t shoot me!’ I mean, really? I’m trying to help you. Just comply and we’ll be done and you’ll go about your merry way and I’ll go about mine.” 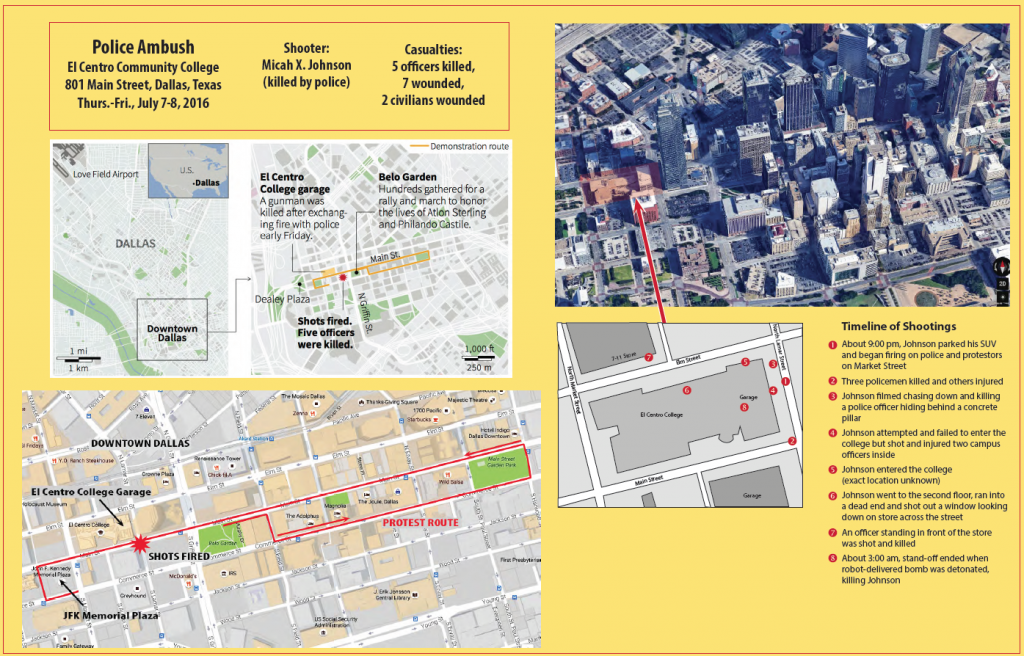 • Both subjects were black males under the age of 30.

• During both events law enforcement officers were killed and wounded. During the Dallas shooting civilians were also injured; preliminary Baton Rouge reporting indicated that a civilian vehicle may have been shot.

• Both events happened in public places within a close distance to police department locations.

• Both subjects had a negative criminal history.

• Both subjects wore body armor during the events.

• At this time, there is no indication that either subject was tasked by any Domestic Terrorist group.

• Both subjects had engaged in foreign travel. The Baton Rouge subject spent two years traveling in Africa; the Dallas subject travelled to Panama.

• Both subjects had three weapons with them during the events; however, the Baton Rouge subject used only one in the event. The Dallas subject also had multiple weapons and unfinished IEDs at his residence.

• The Dallas subject was recently terminated by his employer; the Baton Rouge subject continued to promote his books at the time of the events but was in financial trouble.

• According to preliminary reports, the Dallas subject had plans for an unspecified attack that seemed to be executed impulsively based on the opportunity. While there is evidence of planning by the Baton Rouge subject, it is unknown at this time to what extent or when this planning began.

• The Dallas shooting occurred during a large gathering of people exercising their First Amendment protected rights. Police presence was already in place for this gathering. Conversely, the Baton Rouge subject sought out engagement with multiple empty police vehicles before police officers were dispatched to the area.