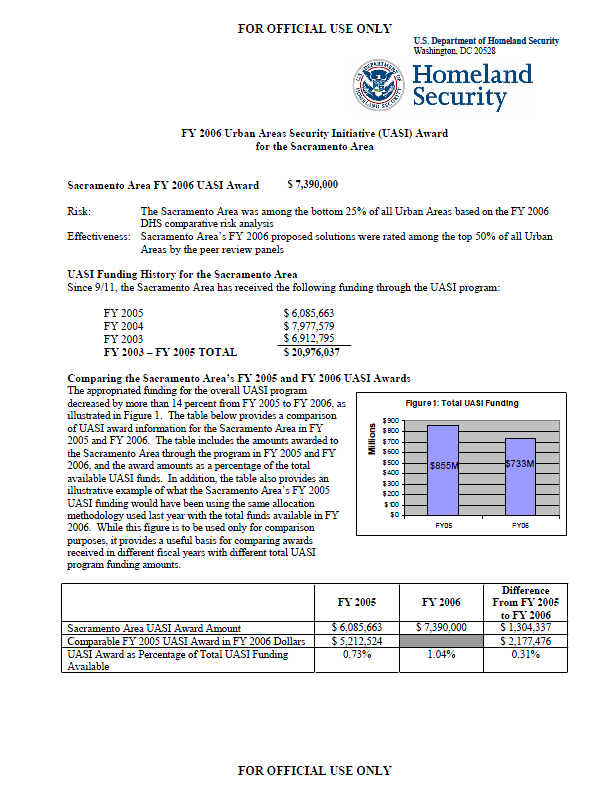 As part of this risk-based approach to preparedness, DHS’ Fiscal Year 2006 (FY06) risk
methodology represents a major step forward in the analysis of the risk of terrorism, resulting in
the most accurate estimation to-date of the relative risk faced by our Nation’s communities. In
response to State and local partner feedback, the FY06 methodology incorporates a number of
significant enhancements over previous years’ analyses, including:

• Incorporation of strategic threat analysis from the Intelligence Community

• Incorporation of transient populations, such as tourists and commuters

DHS defines risk by three principal variables: threat, or the likelihood of a type of attack that
might be attempted, vulnerability, or the likelihood that an attacker would succeed with a
particular attack type, and consequence, or the potential impact of a particular attack.
The risk model used to allocate HSGP funds includes both asset-based and geographically-based
terrorist risk calculations. DHS combines these complementary risk calculations to produce an
estimate of the relative risk of terrorism faced by a given area.

Asset-based risk – The asset-based approach uses strategic threat estimates from the
Intelligence Community of an adversary’s intent and capability to attack different types of assets
(such as chemical plants, stadiums, and commercial airports) using different attack methods.
DHS analyzes the vulnerability of each asset type relative to each attack method to determine the
form of attack most likely to be successful.

Additionally, DHS estimates the consequences that successful attacks would have on each asset
type, including human health, economic, strategic mission, and psychological impacts. This
analysis yields a relative risk estimate for each asset type, which DHS applies to a given
geographic area, based on the number of each asset type present within that area.
Geographically-based risk – The geographic-based approach allows DHS to consider general
characteristics of a geographic area mostly independent of the assets that exist within that area.
First, DHS evaluates reported threats, law enforcement activity (using Federal Bureau of
Investigation and Immigration and Customs Enforcement terrorism case data), and suspicious
incidents reported during the evaluation period. Next, DHS considers vulnerability factors for
each geographic area, such as the area’s proximity to international borders.

• In evaluating the relative risk to the Sacramento Area, DHS looked at data for the cities
of Sacramento and Elk Grove, and a ten mile buffer extending from the limits of those
cities. DHS then evaluated both the risk to individual assets residing within that
combined area, and the risk to the geographic area itself, the sum of which placed the
Urban Area into the top 25%, top 50%, bottom 50%, or bottom 25% of the 46 eligible
Urban Areas.

• In the geographic-based risk analysis, the Sacramento Area fell in the bottom 50% of the
eligible Urban Areas, indicating that it had a lower level of risk associated with reported
threat and investigative activity, resident and visitor populations, and other geographic
criteria than at least half of the eligible Urban Areas.

• When the asset-based and geographic-based risk data for the Sacramento Area was
aggregated, it placed it in the bottom 25% of all eligible Urban Areas.

• Based on the DHS comparative risk analysis, the Sacramento Area did not place in the
top 35 areas.

• However, the Sacramento Area was extended an additional year of eligibility to
participate in the UASI program and was eligible to apply for continuity and sustainment
funding. 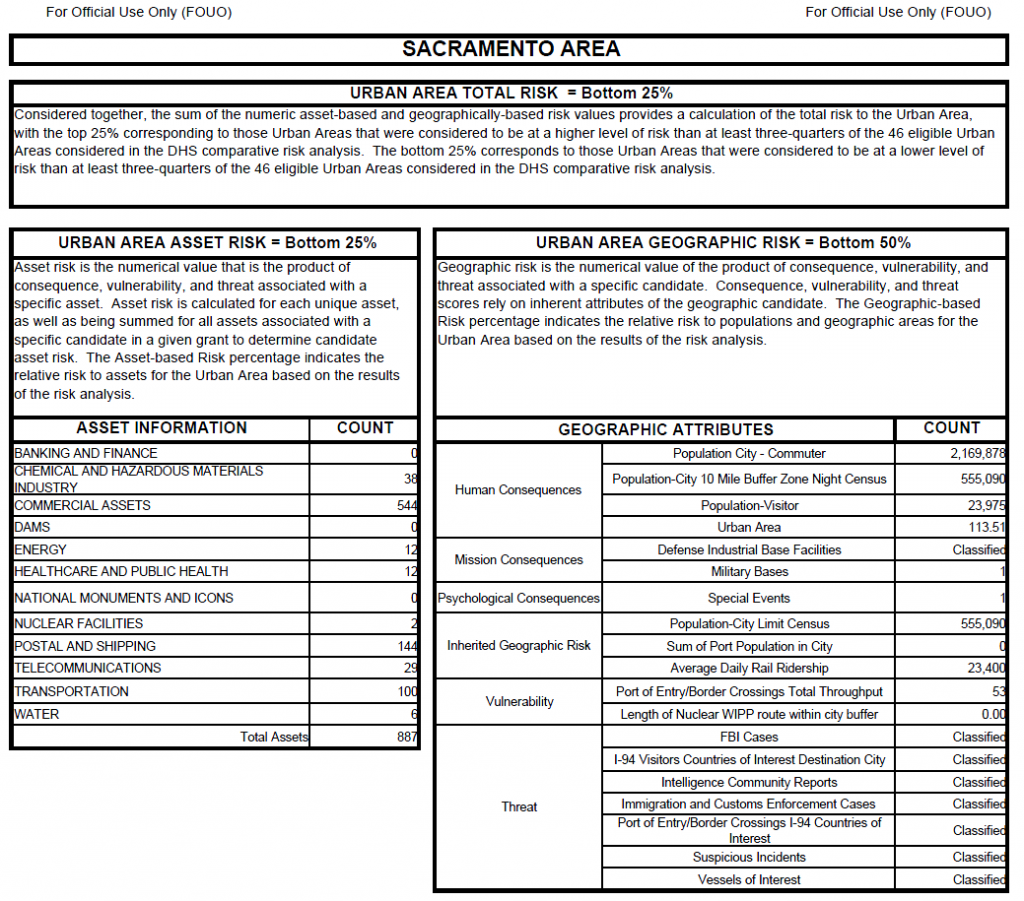 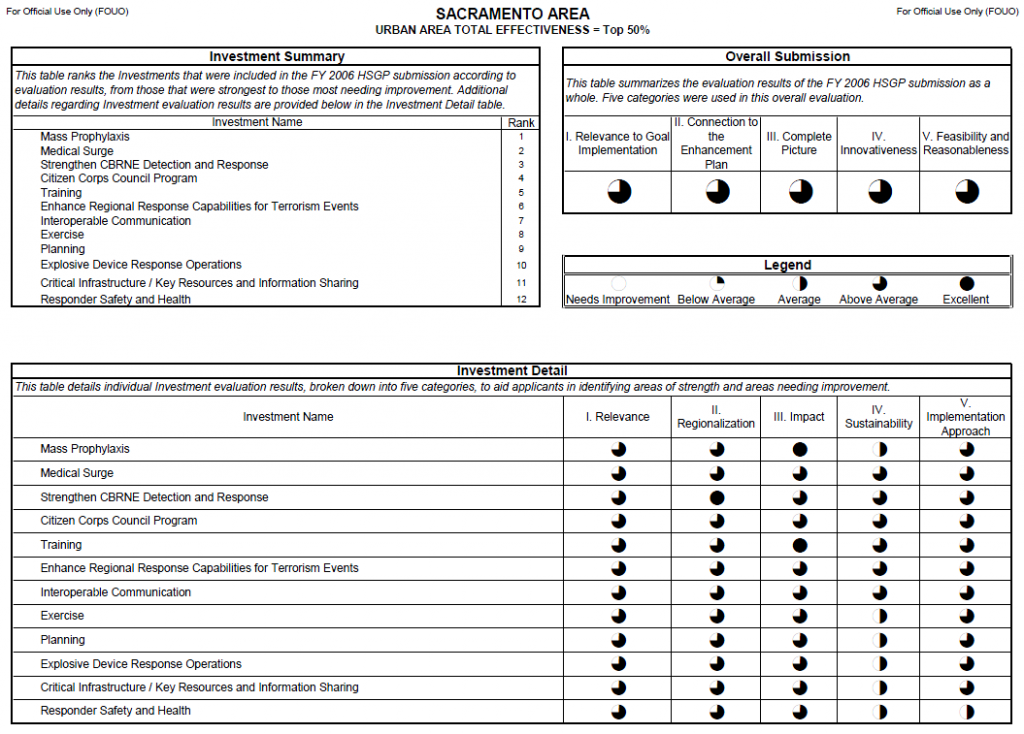