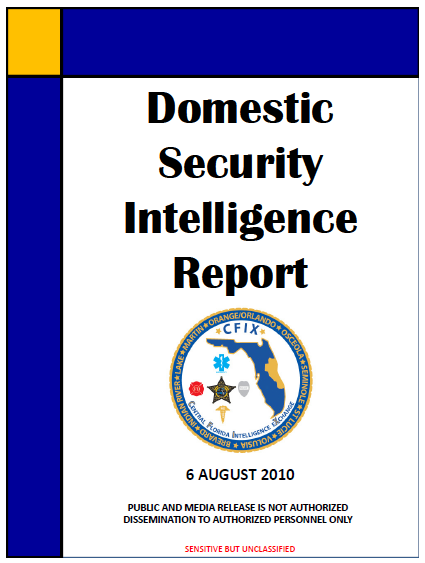 On 13-15 August 2010, the Campaign for Liberty will be holding their second annual Florida Liberty Summit at the Rosen Center Hotel in Orlando, Florida. The Campaign for Liberty is a political organization founded by Congressman Ron Raul. The website for the event states it is a way for “liberty minded activists…to network, learn, and build as our grassroots Revolution to reclaim our Republic and restore our Constitution”.

During the 2009 Florida Liberty Summit the start of the program had to be postponed for 30 minutes due to International Drive being backed up with attendees attempting to park. Based on the groups calculations, there was around 1500 people in attendance. Although the attendance numbers on the group sites promoting this year’s event are low, the continued support of Ron Paul and his party may produce similar attendance numbers and issues to that of the 2009 event.

Analyst Notes: Although CFIX is not aware of any threats associated with the expansion of either of these mosques, the growing trend of anti-mosque protests throughout the US may lead to similar issues at these facilities. Also the fact that these two mosques are located in the same state the “Burn a Koran Day” event was initiated may lead to additional unforeseen issues.

Code Pink and Veterans for Peace Rally at Quantico

On 8 August 2010, CodePINK, Veterans for Peace, Courage to Resist and others will be holding a rally at the Quantico Marine Corps Base in Virginia to “give aid and comfort to PFC Bradley Manning” who is accused of disclosing classified video of American troops in Iraq shooting civilians from an Apache helicopter in 2007. Media sources are also speculating that SPC Manning was involved in the leak of over 90,000 secret documents to Wikileaks.

The group plans to meet at the Amtrak station in Quantico before heading to the base to begin the protest at 1200 hours. One of the individuals attending the event is CIA Analyst Ray McGovern who stated: “As an American soldier Bradley Manning took a solemn oath to support and defend the Constitution of the United States against all enemies, foreign and domestic. When he experienced callous disregard for the Constitution and the laws of war, he was able to see that his conscience and his solemn oath warranted precedence over the obligatory promise to protect classified information. By following his conscience in exposing the abuses of war, Manning joins an all-too-rare breed of soldier.”

The protest group is planning on bringing care packages and letters of support from around the country which they plan to deliver to PFC Manning.

There are currently no known threats relating to this protest; however, unforeseen incidents may occur. In the past members of CodePINK have been arrested for their publicity stunts in order to achieve their goals of ending the wars in Iraq and Afghanistan, stopping new wars, and redirecting government resources into healthcare, education, “green jobs” and other lifeaffirming activities. Although not as numerous, Veterans For Peace have also received publicity for their demonstrations and protests of the War in Iraq.