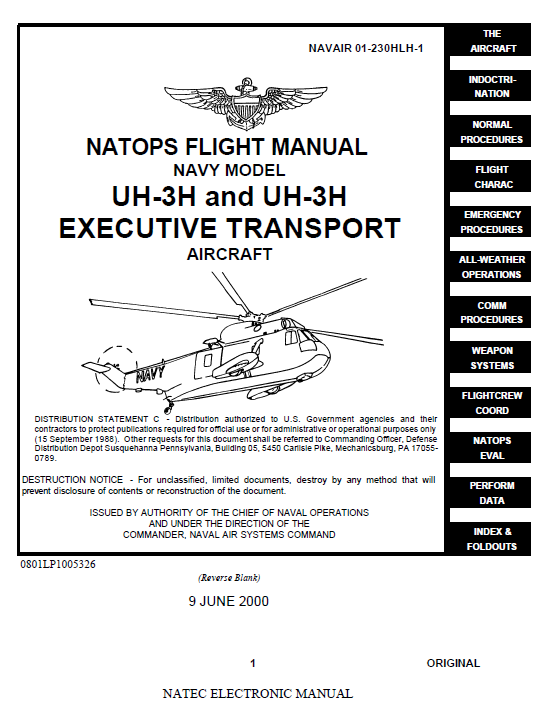 The model UH-3H helicopter is manufactured by Sikorsky Aircraft, Division of United Technologies, Stratford, Connecticut 06615. The helicopter is a Class 1B aircraft, designed for both shore and shipbased operations to provide logistic support and a search and rescue capability as required. The crew consists of a pilot, copilot, and two utility aircrewmen.

The UH-3H Executive Transport basic airframe is manufactured by Sikorsky Aircraft Corporation, a subsidiary of United Technologies Corporation, Stratford, CT., 06615. It is a Class 1B aircraft, designed for shore and ship based operations to provide executive transportation and logistic support. The crew consists of a pilot, copilot, and aircrew member.

Configuration is a single rotary wing, twin turbine powered helicopter with emergency amphibious capabilities. The emergency amphibious landing gear is composed of a flying boat type hull and two outrigger sponsons, into which the dual main landing wheels can retract. A fixed tailwheel is on the aft end of the hull. The fuselage is all-metal, semimonocoque construction and consists of the forward fuselage section, the hull, the aft fuselage section, the tail cone section, and the pylon. 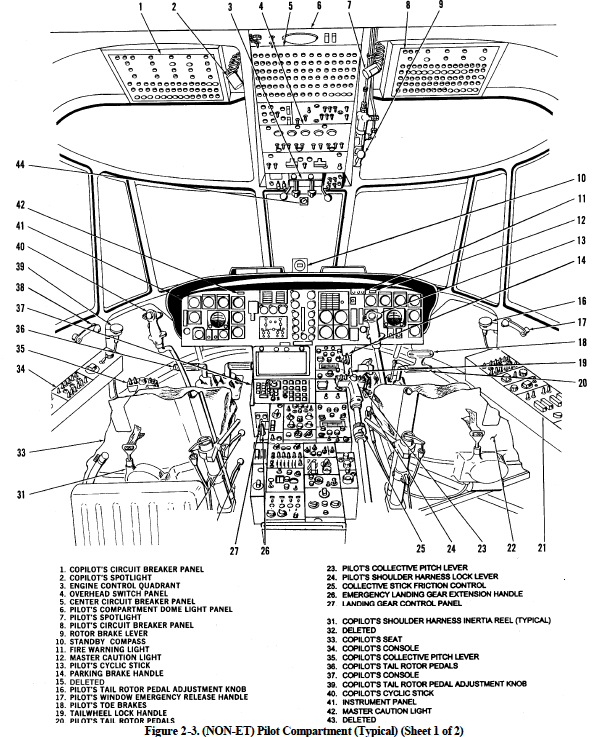 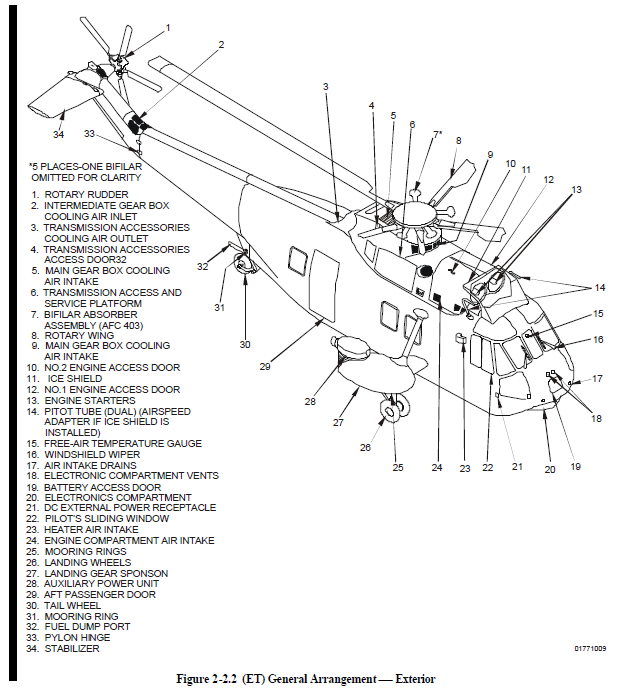 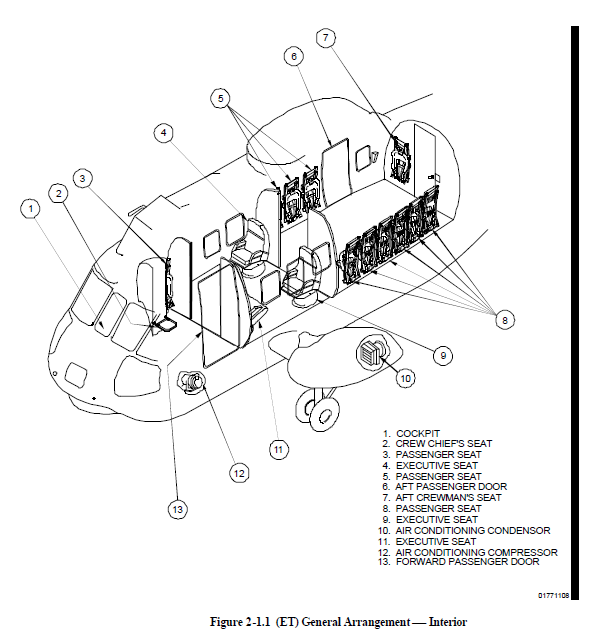