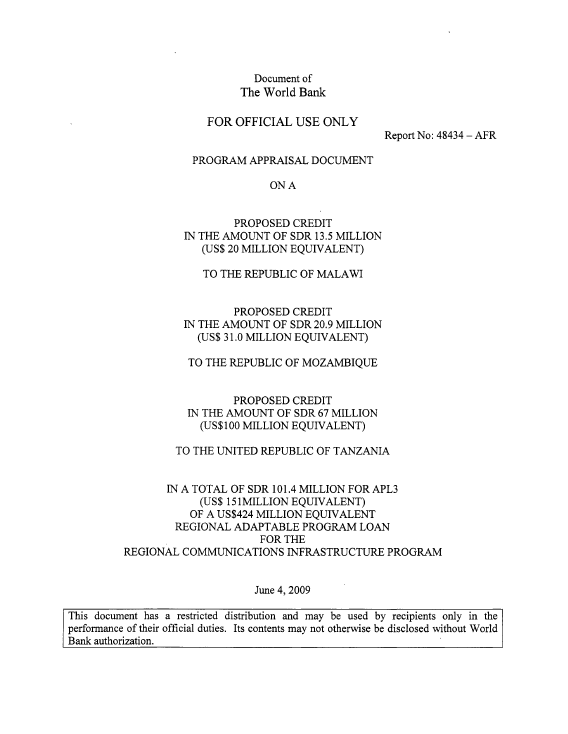 I. STRATEGIC CONTEXT AND RATIONALE

A. Regional and sector issues

1. Economic development in Eastern and Southern Africa (E&SA)’ is held back by prohibitive telecommunications and ICT costs and limited communications infrastructure. Due to incomplete liberalization and effective competition, costs for ICT and telecommunications services have remained prohibitive in the region and penetration levels in some segments remain low. Despite the significant growth that took place in recent years in some telecommunications sub-sectors -most notably mobile communications- E&SA is the only part of Africa that i s not connected to the global optical fiber broadband infrastructure and
accounts for only 0.013 percent of the world’s international bandwidth capacity in 20072. The region currently relies mostly on expensive and poor quality satellite infrastructure with costs amongst the highest in the world. In Eastern Africa, some 250 million people do not have access to high-speed broadband Internet services, and rely solely on expensive satellite connections for their intra- and international communications which are often subject to disruptions. Consumers along the east coast of Africa typically pay between US$lOO and US$200 a month for 256 kbps fixed broadband (e.g. ADSL) Internet access, which i s more than 100 percent of per capita monthly income (GNI). For example, in Zambia 256 kbps ADSL service costs US$225 per month, 167 percent of monthly per capita GNI in 20072. International wholesale bandwidth prices are 20 to 30 times higher than those in the United States, Europe, and Asia. For instance, STM-1 cable between Johannesburg to London costs US$166,000 per month, compared to the route between London to New York less than US$5,000 per month in 20073. The price of international calls from the region are, on average, twice the price of other developing countries in 20072. The result of such high cost and low quality communications i s that the region is ill placed to compete in the global economy. Without access to low price and high quality
telecommunications services, it is very costly for countries to trade among themselves and with the rest of the world. Opportunities to create jobs and to expand production of goods and services are also limited without access to telecommunications, as are opportunities for more effective learning, social participation, government efficiency and transparency. Key objectives of RCIP are to decrease the cost of international connectivity to the end user, and accelerate the roll-out of the terrestrial regional and related national backbone infrastructure to extend the reach of submarine cable traffic to consumers in all the countries of the Eastern and Southern region, rather than only the coastal countries.

2. Incomplete liberalization is keeping prices high. While many countries in the region have implemented reforms to promote greater competition and private sector participation in various ICT sub-sectors, incomplete liberalization in most of the region has allowed incumbent telecommunications operators to use their monopoly power to keep prices high in areas key to economic development such as international bandwidth and access to Internet. Over the past five years, the policy trend in the ICT sector has moved in one direction – that of more competition – and this i s having a significant positive impact on customers. However, a key issue which is emerging, particularly in relation to the development of backbone networks and broadband services, i s the details of market liberalization and regulation. Some countries which have adopted an overall policy of market liberalization and competition but retain segments of the market under the exclusive control of one or two operators. These infrastructure and market bottlenecks are constraining overall market development. RCIP focuses on these market and regulatory bottlenecks and works with governments to overcome them.

3. The lack of modern backbone infrastructure4 is a key constraint. High-capacity backbone infrastructure lies at the heart of modern telecommunications networks. As networks are increasingly designed to support broadband services, these backbone networks will become more important as the legacy wireless networks built to carry mobile voice traffic no longer have the capacity to support high-bandwidth applications. This lack of infrastructure, limits citizens’ access to broadband communication services at affordable prices. Twenty countries of the region do not have direct terrestrial access to global Information and Communications Infrastructure (ICI) and networks and rely on expensive, poor quality satellite connectivity to link up with each other and the rest of the world. Submarine cable backbone projects for the region have only recently been developed and the lack of national backbone networks makes it extremely costly to provide high-bandwidth communications services beyond the capital city and a number of other urban centers, hence limiting the impact of the reforms undertaken and contributing further to the urban-rural divide.

4. The backbone network infrastructure in the region is rapidly evolving. The key development in the region with respect to ICT infrastructure over the last three years has been the development of submarine fiber-optic cables along the East coast of Africa. Three cables are currently under development. SEACOM will run from South Africa to Europe with a branch to South Asia. TEAMS will connect Kenya with the Middle-East and EASSy will connect South Africa to Sudan and Djibouti. SEACOM and EASSy will be privately-owned and operated. TEAMS is a partnership between the private sector and the Government of Kenya. They will land at multiple stops along the route and will be in direct competition with each other. All three cables are due to be operational during 2009-10, with the SEACOM announcing a commercial launch date of June 2009. Detailed profiles of the submarine fiber-optic cables currently under development along the East coast of Africa are presented in Annex 1. Microwave backbone network infrastructure for carrying voice traffic i s ubiquitous in the region. There are fiber links throughout the region and many in the planning stages although there is considerable variation between countries in the extent, ownership models and quality of the fiber cables. Each of the country program Technical Annexes as attached briefly describes the current status of national backbone networks and planned build-outs to provide a perspective of how RCIP fits into overall national and regional connectivity. The objective of the RCIP program i s to fill in the gaps in this network infrastructure to ensure that high-speed low-cost connectivity i s available throughout the region.

5. Governments are not fully utilizing the emerging ICT infrastructure to improve the quality of public services. As broadband networks develop and prices decrease, the potential for delivering public services electronically increases. Countries throughout the region are demonstrating that it is possible to support public service delivery using ICT even where the technology i s relatively basic. In Rwanda for example, the government uses mobile phone applications to improve the management of health clinics throughout the country.

7. An open access structure will make the capacity more affordable to countries. A key element of RCIP’s involvement in infrastructure development i s the open-access principle. The experience of ICT infrastructure clearly shows that where single parties have control over a bottleneck facility, prices remain high and quality i s low. The program will therefore only support infrastructure development on the condition that it is made available to all users on nondiscriminatory terms. The World Bank Group has direct experience of this through the EASSy sub-marine cable project in which open-access terms and conditions were imposed on the project in exchange for providing financing. 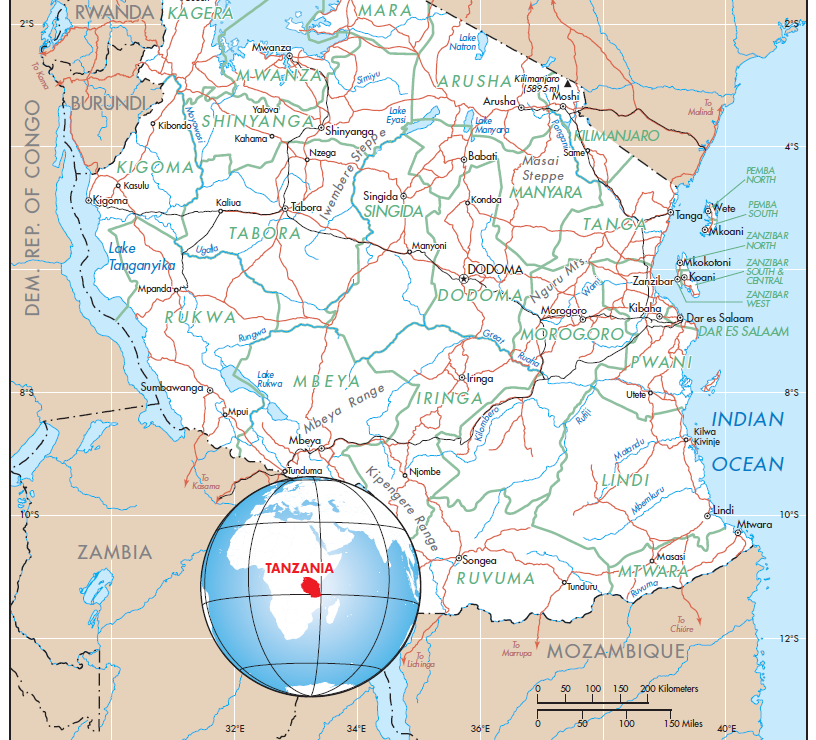