Oakland Police Suppress Protesters With the Same Technology as Dictators

UPDATE October 26, 2011: We have added several photos taken by protesters of non-lethal munitions used by police.  It seems that the Oakland Police Department does exclusively uses the products of Defense Technology. 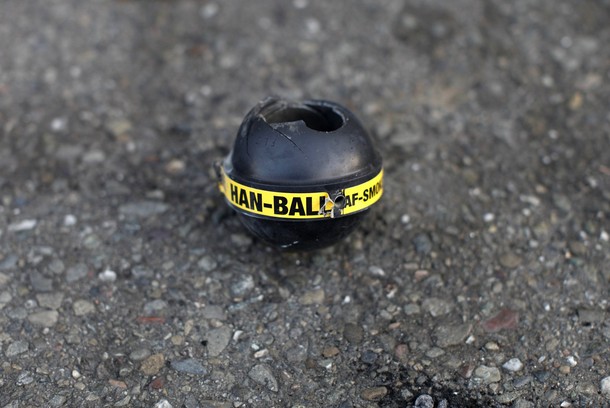 The remains of a chemical canister are seen after authorities reconnected with a group of stranded police officers during a demonstration by "Occupy Wall Street" protesters in response to an early morning police raid which displaced Occupy Oakland's tent city in Oakland, California October 25, 2011. REUTERS/Stephen Lam

Photos from Tuesday evening’s violent police response to a march supporting the Occupy Oakland protest encampment indicate that the Oakland Police Department is using the same crowd suppression technologies that are used by foreign dictators.  One photo by Reuters photographer Stephen Lam shows a broken canister from a “Han-Ball” rubber ball smoke grenade.  The non-lethal munition is made by Defense Technology Corporation of America (Federal Laboratories), a company based in Casper, Wyoming and owned by BAE Systems, one of the largest defense contractors in the world.  The use of non-lethal munitions manufactured by this company has been reported in recent popular protests in Yemen and Bahrain.  Several Palestinian protesters were injured in early 2011 and one was killed after being struck by tear gas grenades made by several U.S. companies, including Defense Technology Corporation of America.

In June, we reported that U.S.-made tear gas, rubber bullets and other crowd suppression technologies were being used around the world to suppress peaceful protests in Egypt, Tunisia, Israel, Bahrain, Yemen and Greece.  These munitions were largely manufactured by a small handfull of U.S. companies, including the Pennsylvania-based NonLethal Technologies and Combined Systems Inc which sold non-lethal munitions to a number of oppressive regimes throughout the Middle East.  Though the “Han-Ball” grenade used by the Oakland Police Department was loaded with smoke according to its markings, which is less caustic than tear gas (CS, CN) and is commonly used for cover or as a carrying agent for other chemicals, it is known that tear gas was later deployed. CS gas grenades manufactured by Defense Technology Corporation of America were also used by police in response to protests at the 2008 Republican National Convention in Saint Paul, Minnesota.

If you have or can find photos of chemical agents and other munitions used by police at Occupy protests around the U.S. and the world, please consider sending us a copy or uploading the photos and information via our secure upload form. 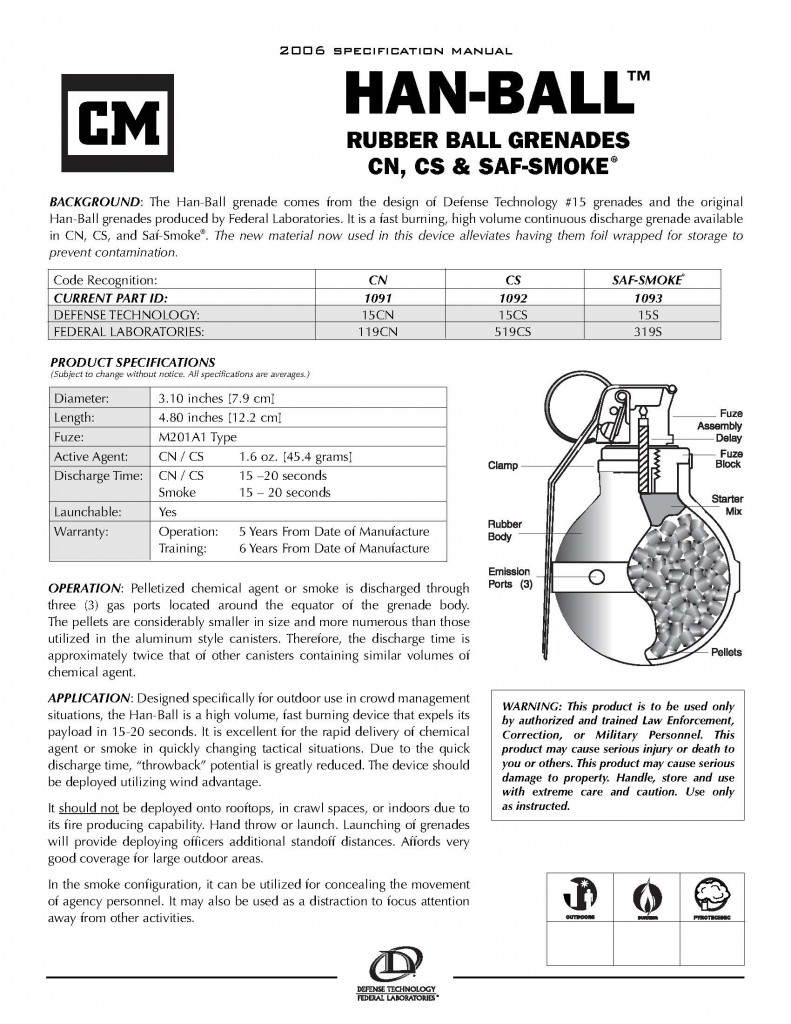