About a month ago, from March 29-31 in the Orlando Hilton, the Defense GameTech conference was being held to discuss “gaming technologies” that can enhance “warfighter training” and so-called “virtual world” technologies.  The annual GameTech conference was attended this year by many notable names from the world of computer entertainment, including Will Wright, creator of The Sims, and executives from Linden Labs, the company which makes Second Life.  In addition to industry people, the conference was also attended by military, government, and academic experts on “serious games”.  One of the main presentations at this year’s conference was given by General James Mattis, Commander of Joint Forces Command.

The conference’s presentations give an interesting look into some of the more bizarre ways in which U.S. military personnel are now being trained using interactive virtual simulations of battlefield conditions.  Following the recent release of WikiLeaks’ “Collateral Murder” video, founder Julian Assange described the behavior of the pilots as “like they’re playing a video game.  It’s like they want to get high-scores in that computer game.”  Perhaps this mentality can be better explained in light of the fact that soldiers are literally trained using video game simulations, including life-size replicas of Apache helicopters, gunboats, and Humvees.  Medical personnel are even taught to heal virtual wounds in simulated combat scenarios.  All of which raises questions about the blurring of reality and simulation in soldier’s minds, something that is described in one of the briefs as the “Xbox mindset”.  This problem of translating experiences from virtual reality into real-life situations is listed as a challenge to “serious games” and their use in training.

Many of the games revolve around traditional combat applications that might be difficult to distinguish from a commercially available video game.  For example, Virtual Battlespace 2, an “Open Platform for Tactical Training and Mission Rehearsal” designed by Bohemia Interactive in coordination with the U.S. Army, appears to be somewhat similar to many first-person shooters.  However, the emphasis in these games is towards “serious” applications, such as tactical movements and the identification of hostile forces. 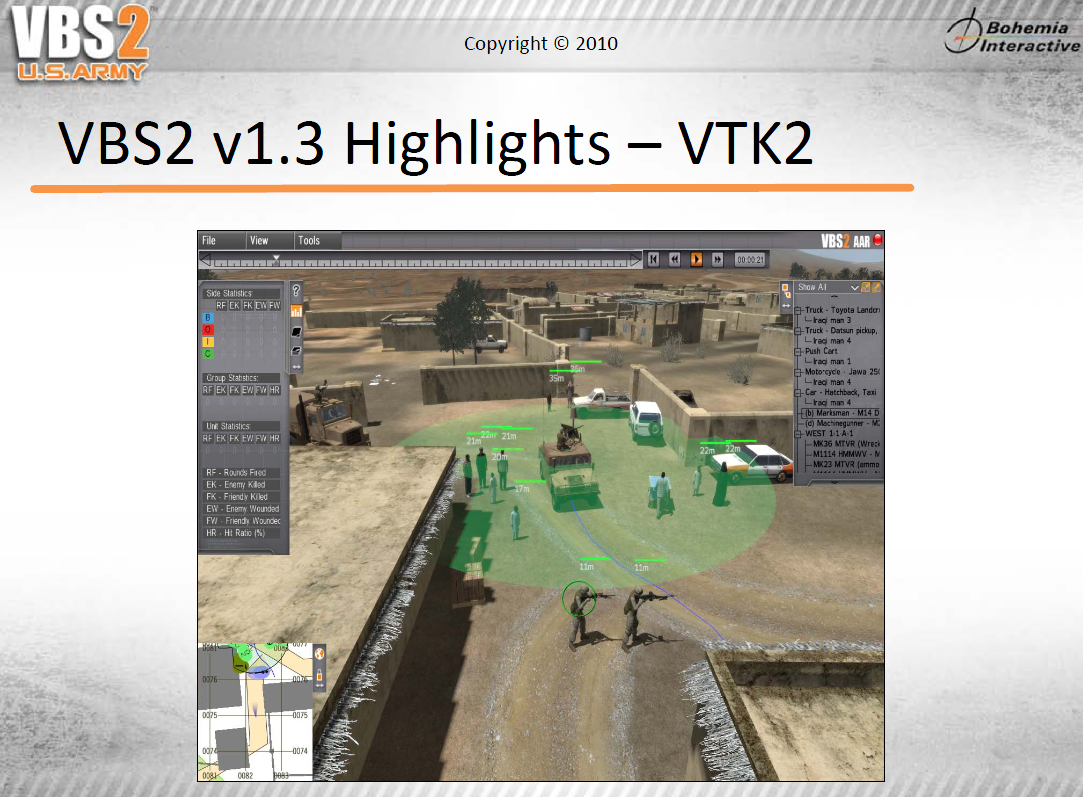 A screenshot from VBS 2. 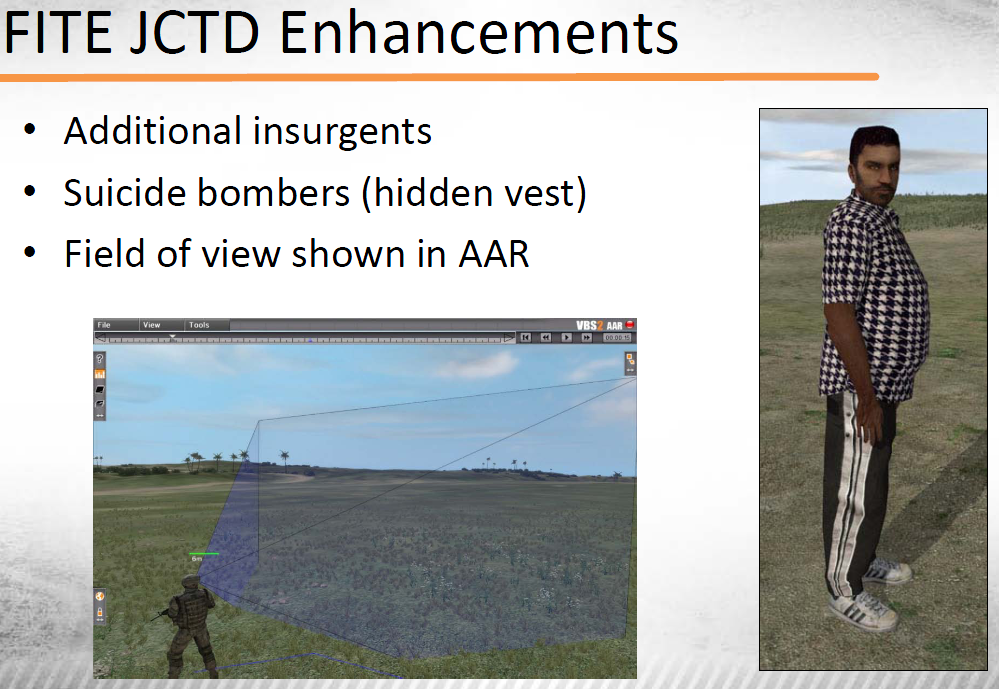 Example of a suicide bomber in VBS 2. 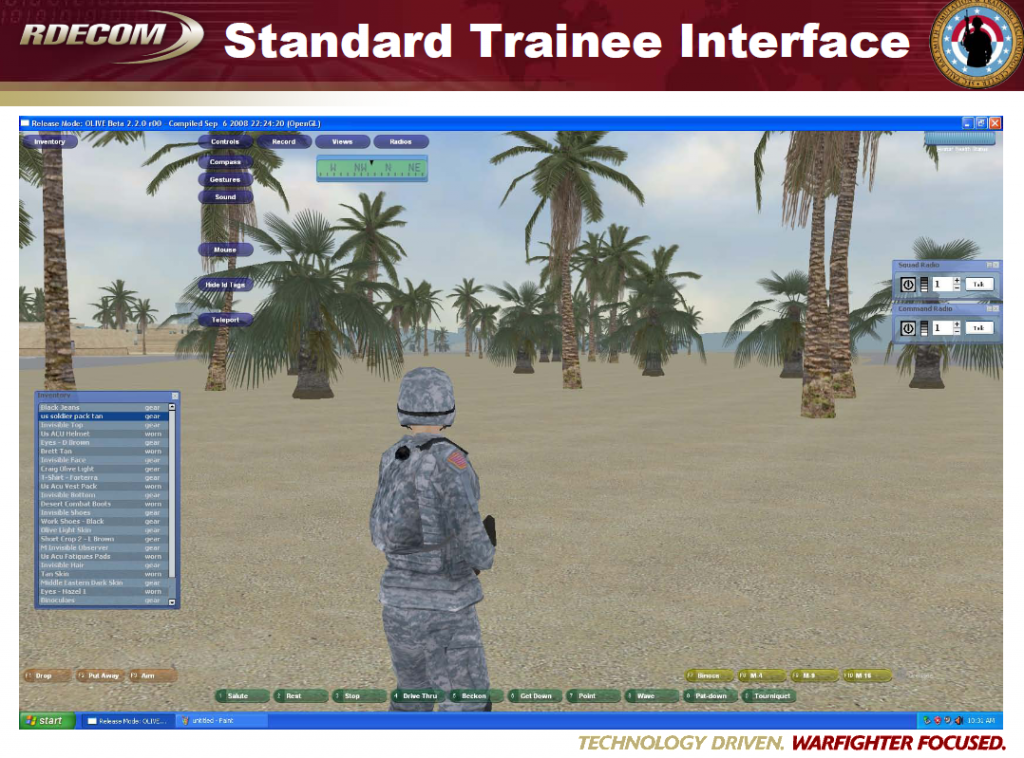 A screenshot from a similar battlefield simulator.

Military personnel apparently participate physically in many of the exercises based around “serious games”, seemingly to help create a more immersive experience.  Gunners and helicopter pilots are also trained in simulators that mimic real world conditions.   A presentation from the Battle Simulation Center at Twentynine Palms indicates that lifesize simulators are used to train convoy operators to repel attacks as well as drive their vehicles. 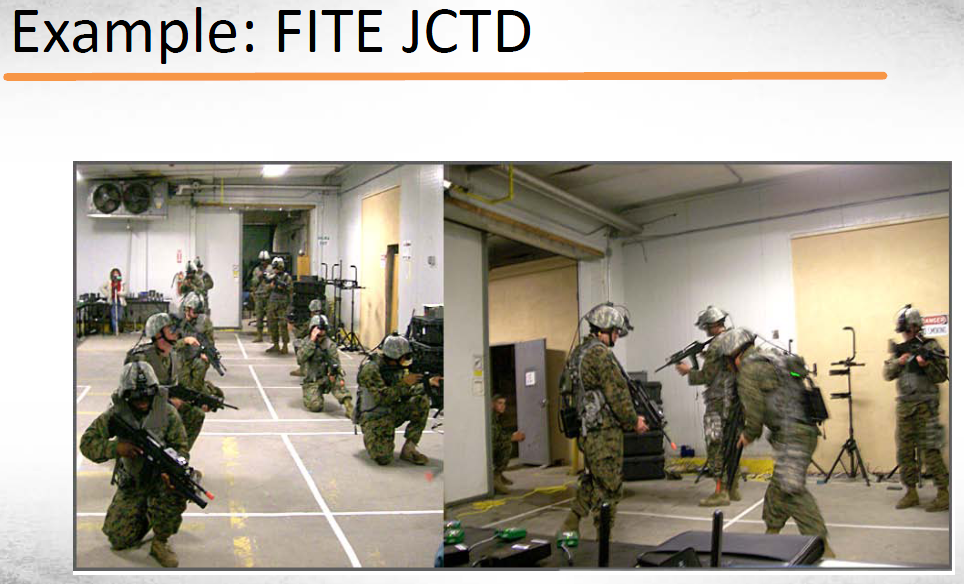 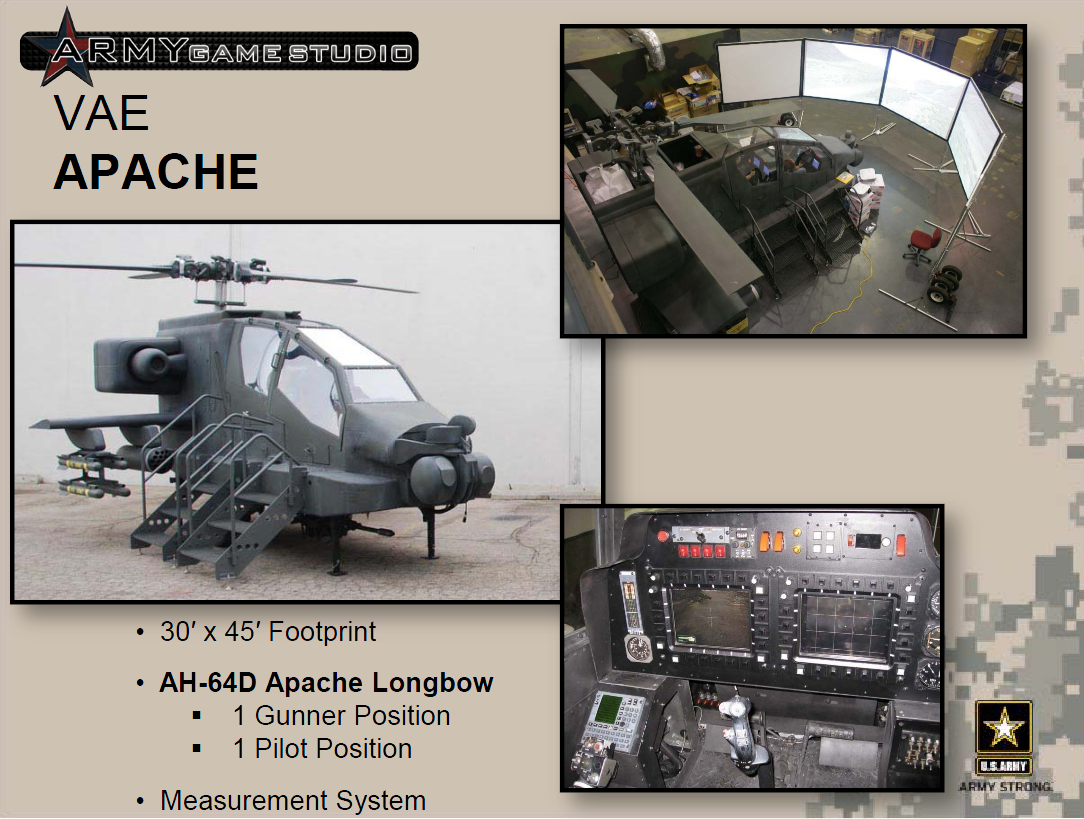 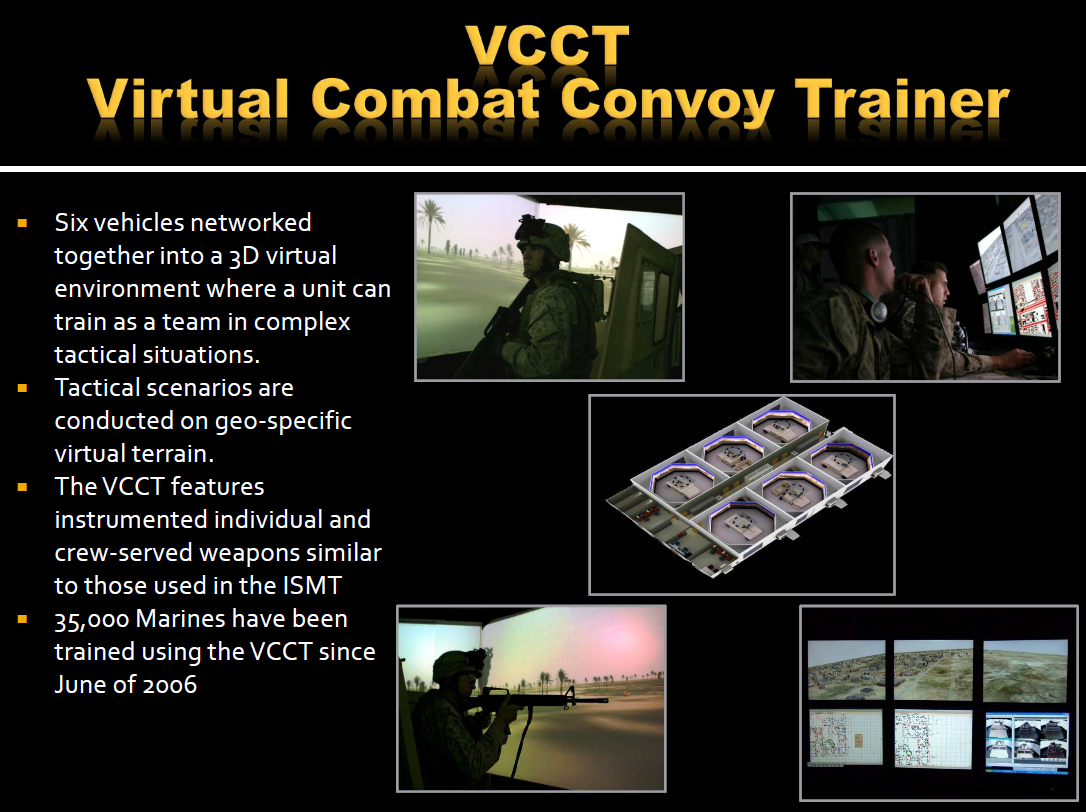 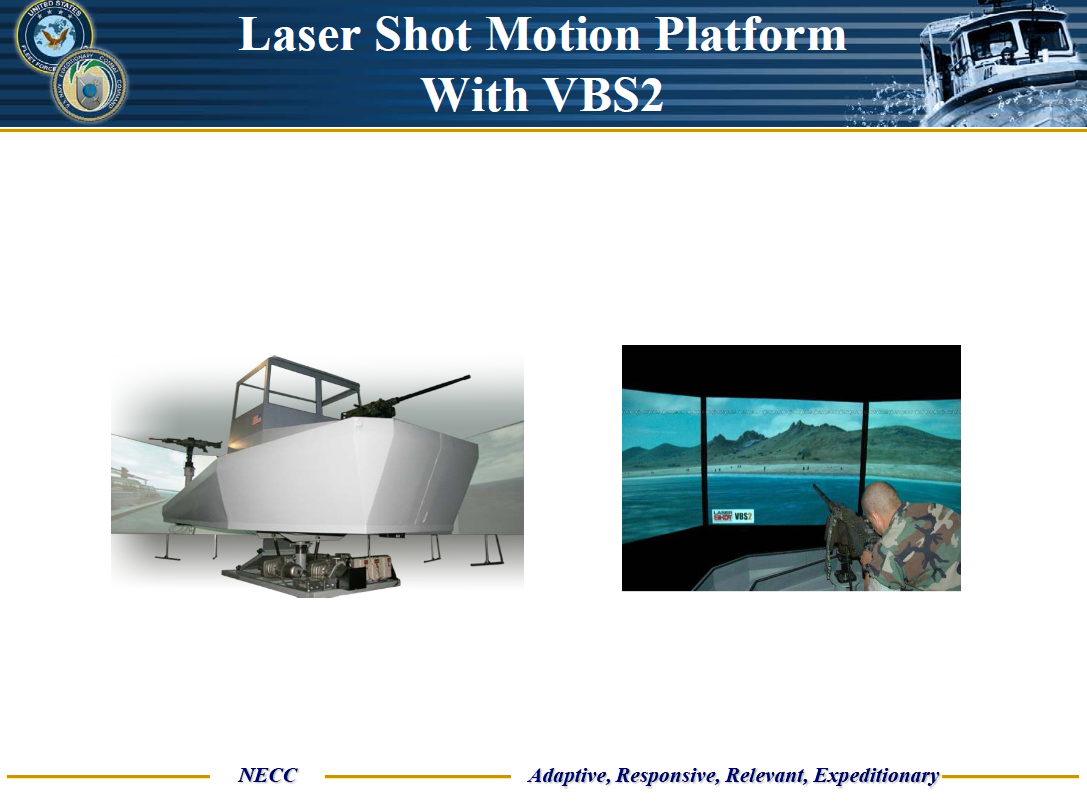 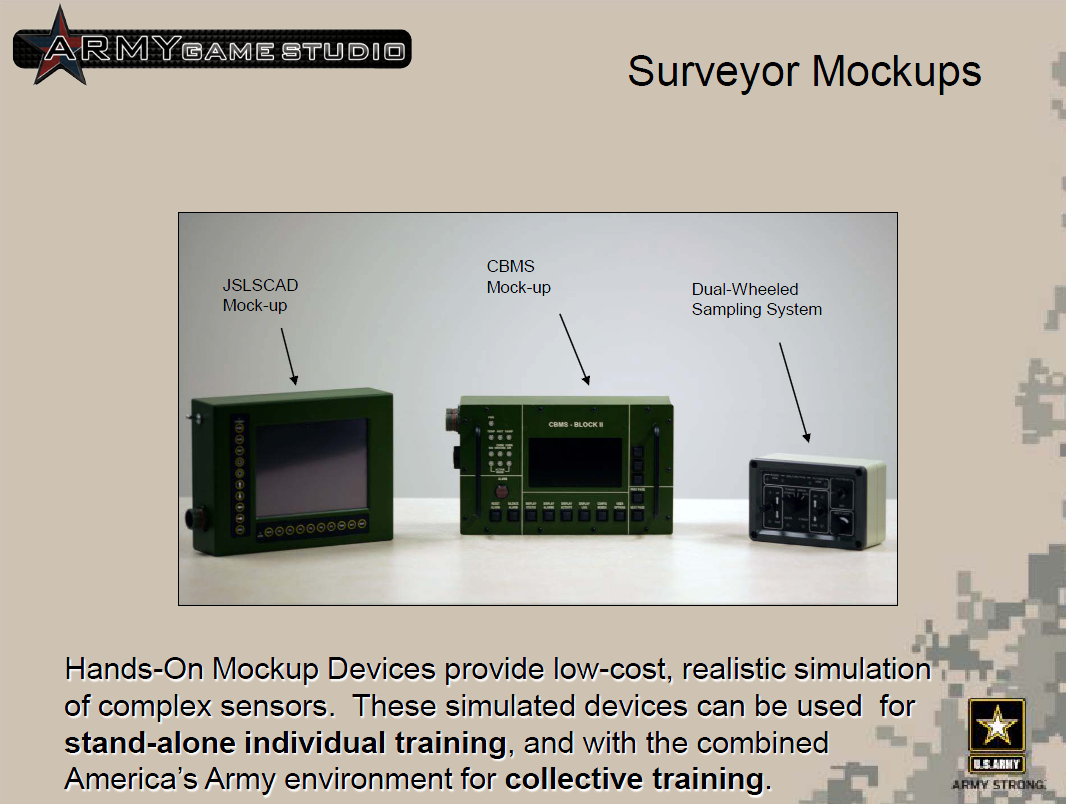 Some of the “serious games” are used for more exotic purposes, such as BiLAT, which trains negotiators to conduct bilateral meetings in the Middle East.  Tactical Combat Casualty Care 3 trains medical personnel to perform basic medical duties and render aid in combat situations.  Mannequins are even utilized to help emphasize the physical performance of the game’s tasks. 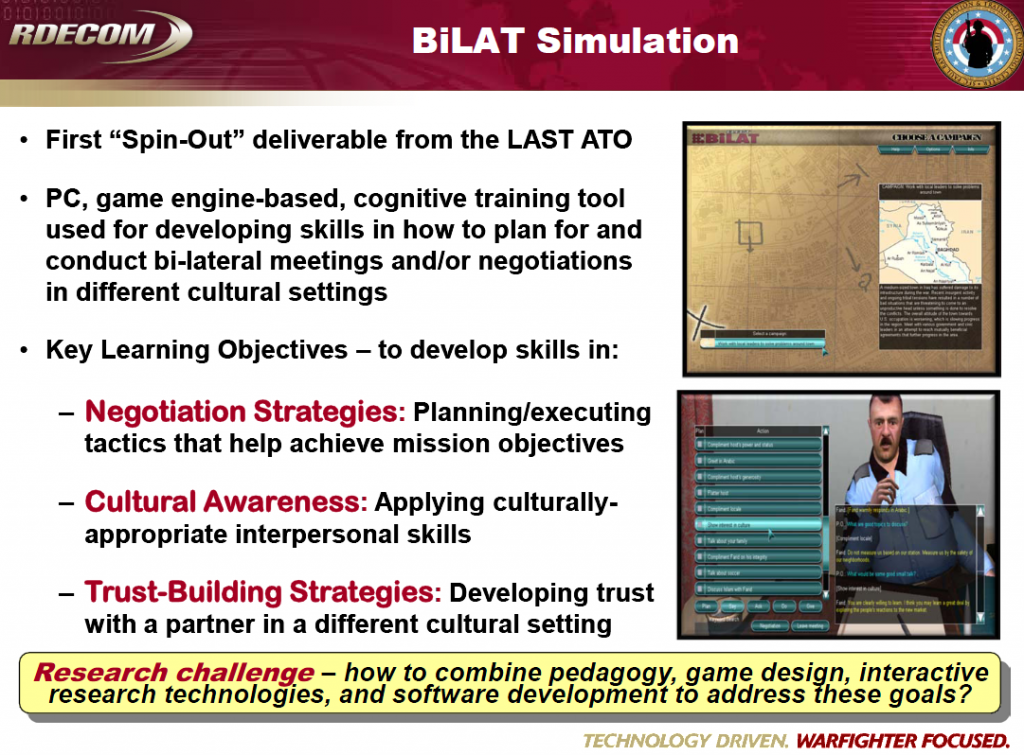 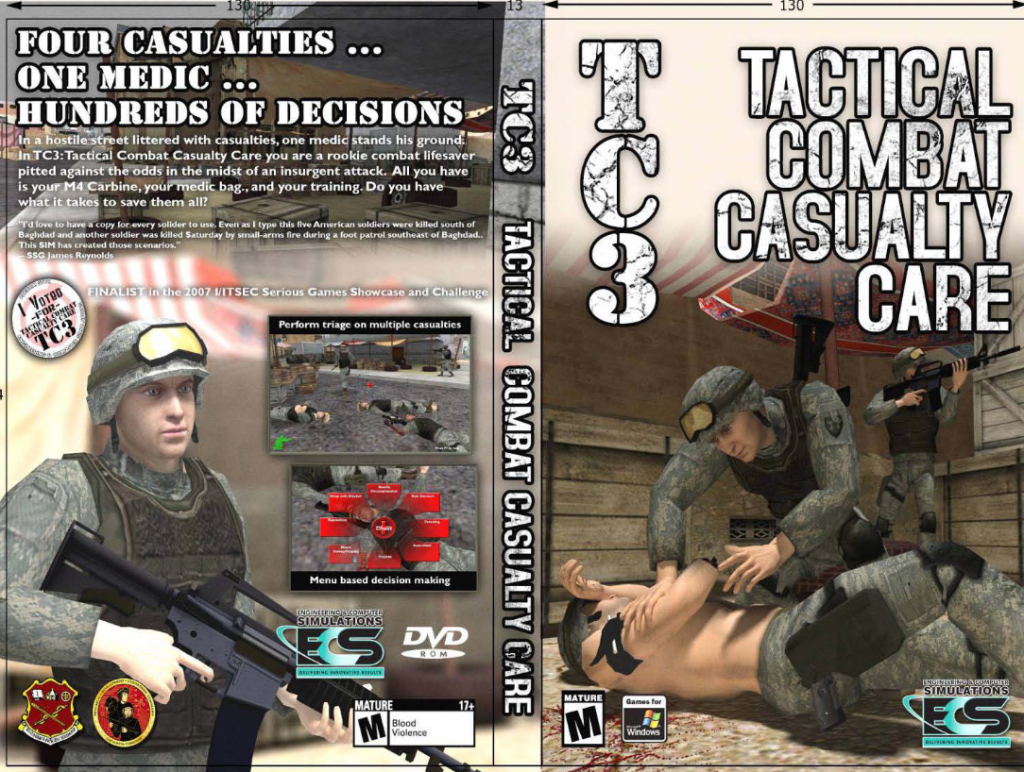 The University of Southern California’s Institute for Creative Technologies gave a presentation describing the use of “virtual worlds” to help returning veterans adjust to life after the military. 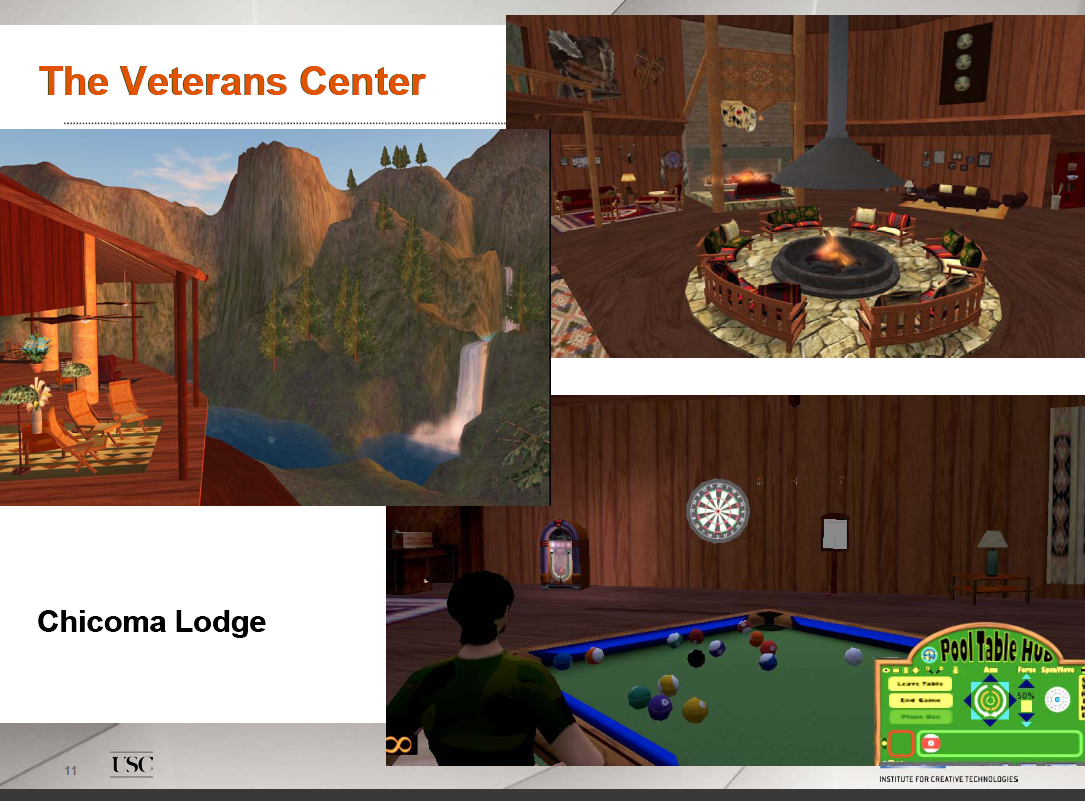 Many of the presentations do not simply deal with military games, but instead highlight the military applications of regular commercially available games.  One of the presentations by SCIA, LLC, a Virginia-based government contractor that specializes in “socio-cultural intelligence analysis”, describes the benefits of embedded messages in commercially available video games like Call of Duty 2: Modern Warfare.   The presentation explains that the “strategic and proper use of socio-cultural norms in gaming technologies in military training applications is an unheralded force multiplier” and describes “how incorporating accurate socio-cultural information in “virtual worlds” properly prepares individuals for effective OCONUS operations.” 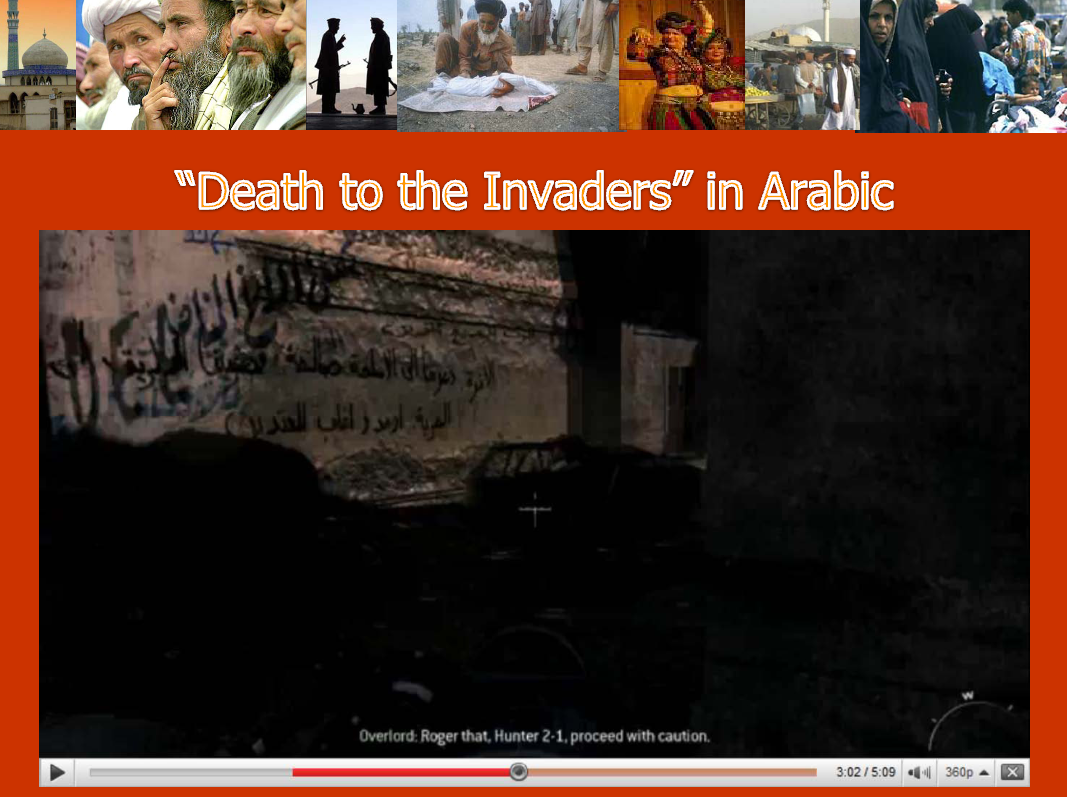 The presentation by SCIA, LLC highlights the use of accurate Arabic graffiti in Call of Duty 2: Modern Warfare.

A presentation by Linden Labs, describes the Second Life platform and its applications in military environments. 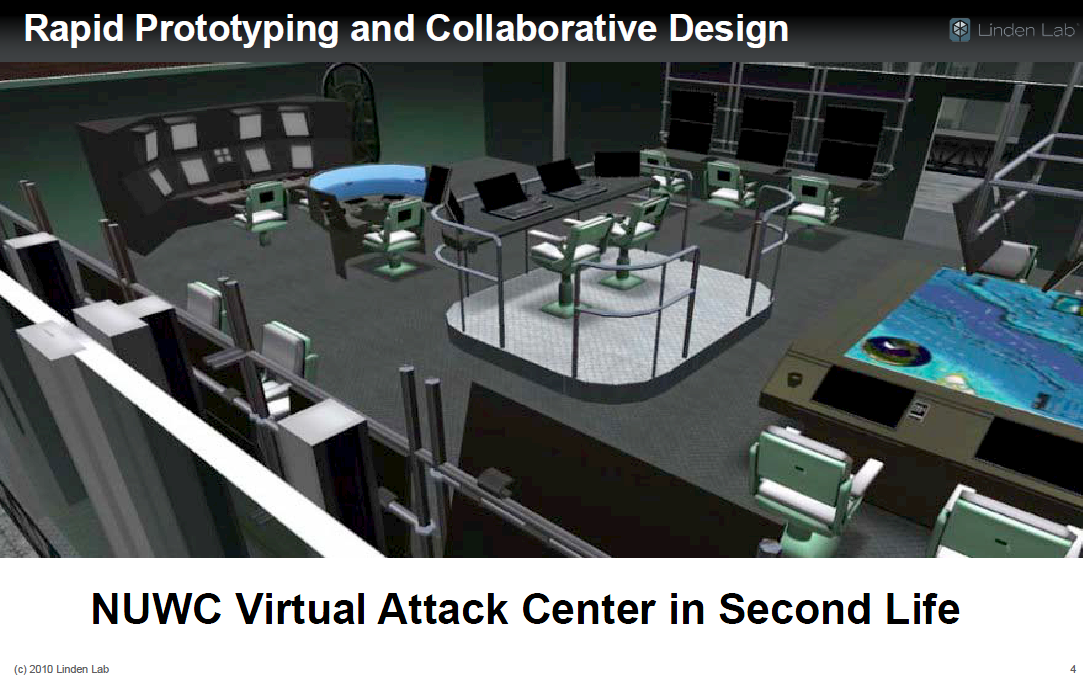 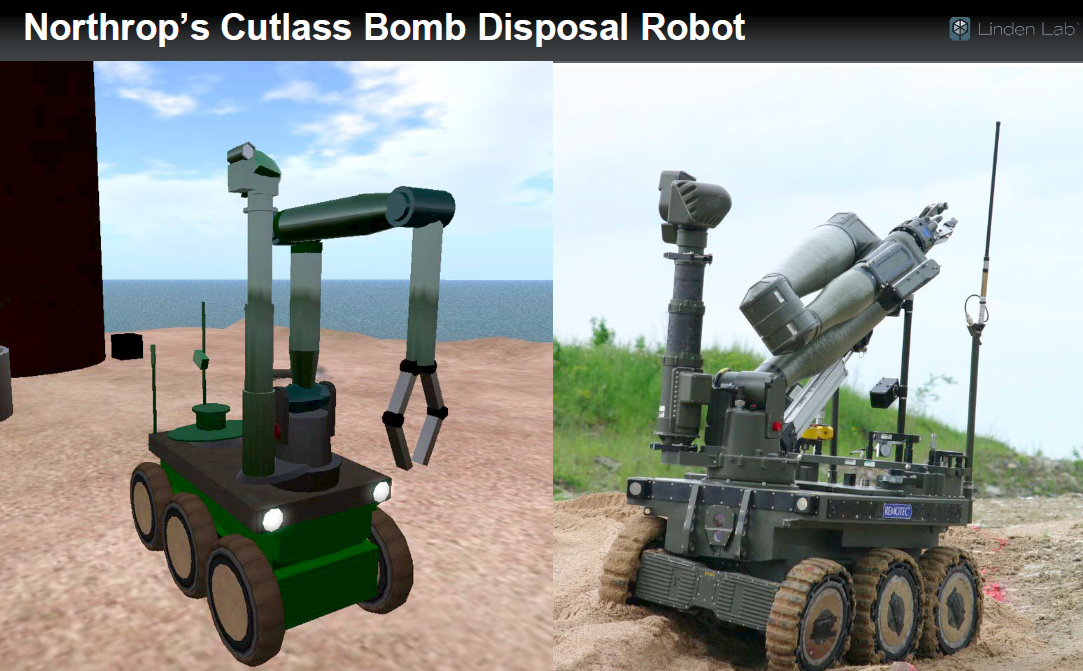 Another presentation by the U.S. Department of State discusses diplomatic usages of Second Life. 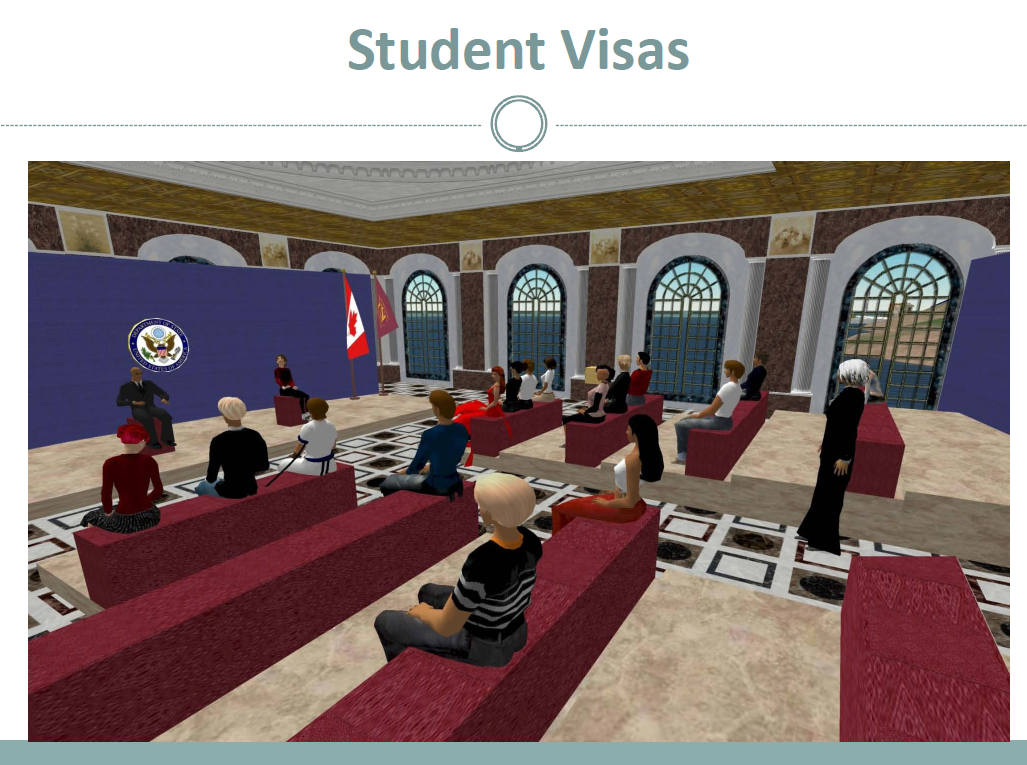 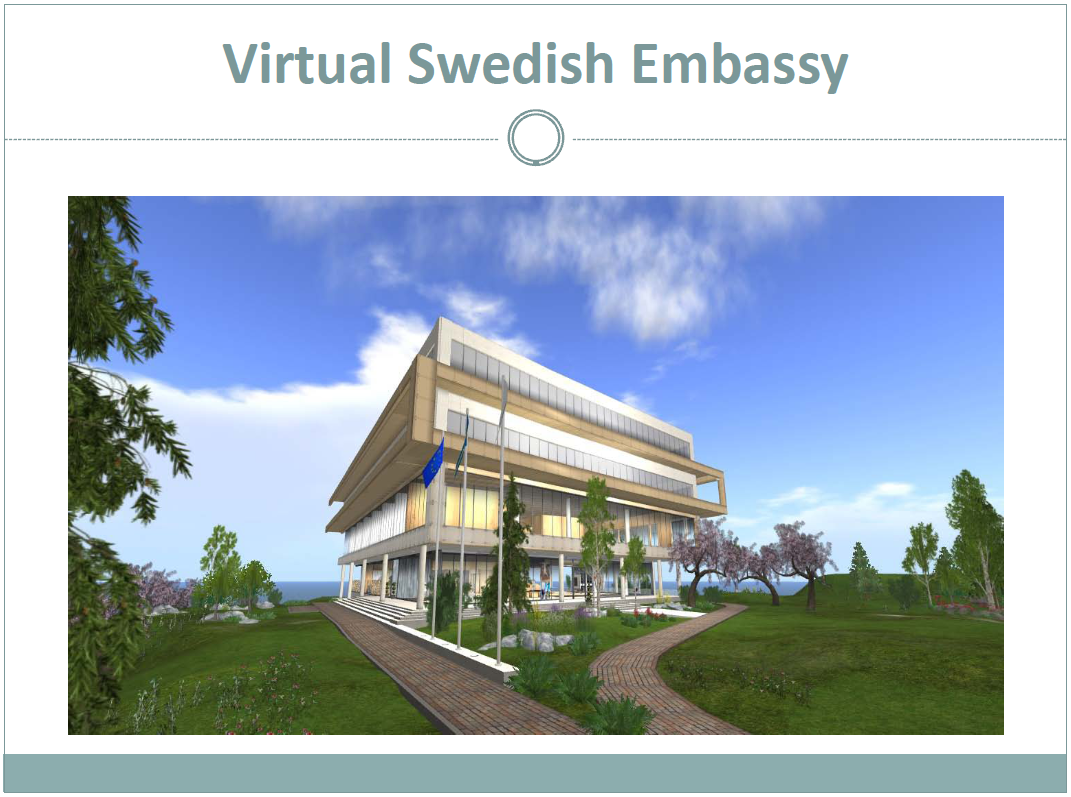 A presentation from the Army Contributions Integration Center discusses the integration of smart phone “apps”, like those used with the iPhone, into military affairs. 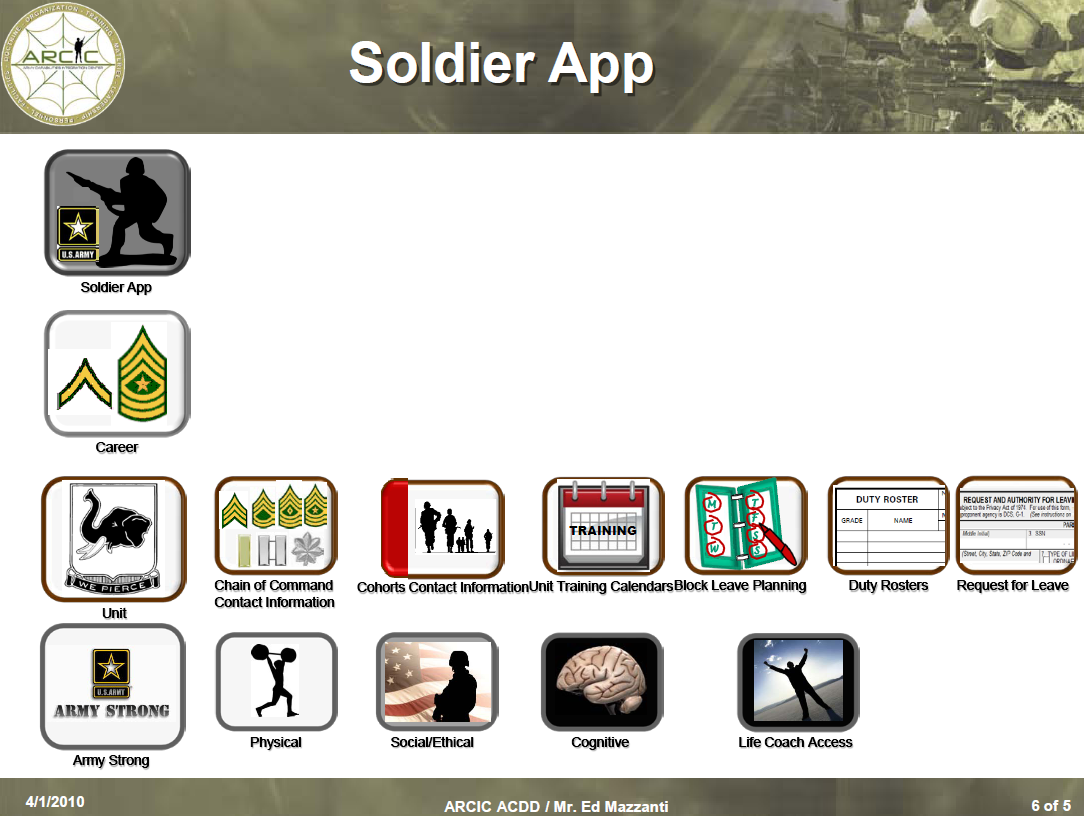 A description of potential uses for Army Apps. 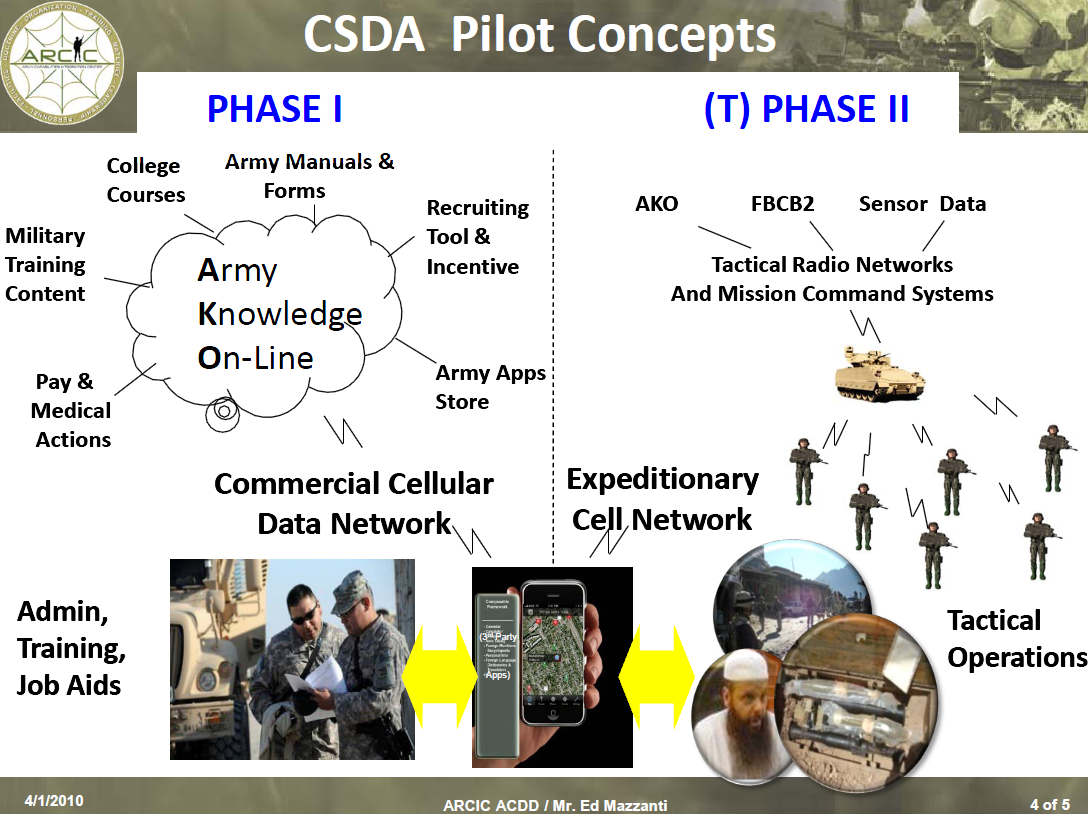 Army Apps would integrate with other aspects of military IO.