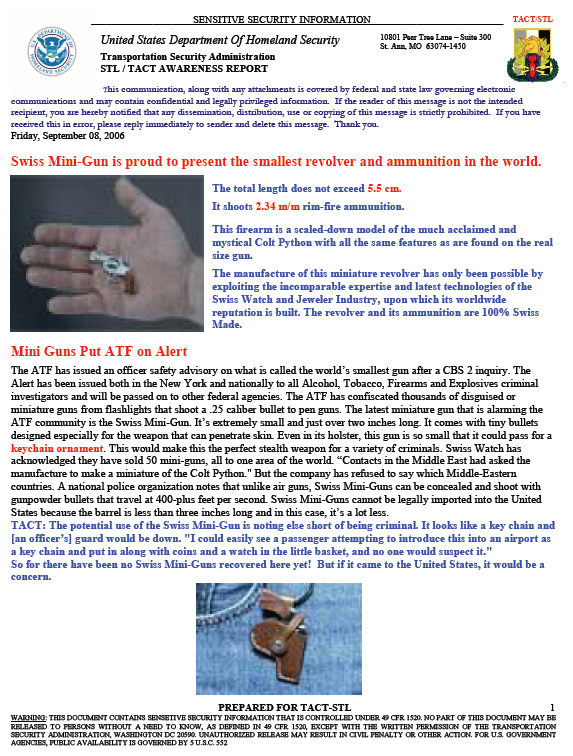 It’s extremely small and just over two inches long. It comes with tiny bullets designed especially for the weapon that can penetrate skin. Even in its holster, this gun is so small that it could pass for a keychain ornament. This would make this the perfect stealth weapon for a variety of criminals. Swiss Watch has acknowledged they have sold 50 miniguns, all to one area of the world. “Contacts in the Middle East had asked the manufacture to make a miniature of the Colt Python.” But the company has refused to say which MiddleEastern countries. A national police organization notes that unlike air guns, Swiss MiniGuns can be concealed and shoot with
gunpowder bullets that travel at 400plus feet per second. Swiss MiniGuns cannot be legally imported into the United States because the barrel is less than three inches long and in this case, it’s a lot less.