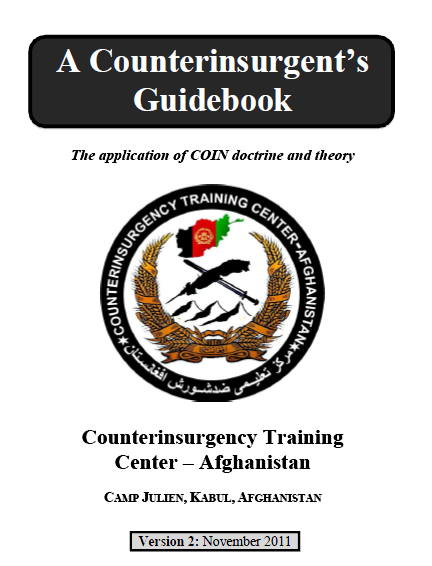 A Counterinsurgent’s Guidebook: The application of COIN doctrine and theory

There are three (3) prerequisites that allow an insurgency various degrees of support from the population – a vulnerable population, leadership available for direction, and lack of government control (FM 3-24.2). When all three exist in any particular area, an insurgency can operate with significant freedom of action (progression from partial to total); this is gained through active and/or passive support of the population, which can become entrenched over time. These prerequisites are common to all insurgencies, but will take different forms and intensities.

1) Vulnerable Population. A population is vulnerable if the people have real or perceived grievances that insurgents can exploit. The insurgents can exploit the population by offering hope for change as well as exploiting political, economic and/or social dissatisfaction with the current government. A gap between the population‘s expectations and the government‘s ability to meet those expectations may cause unrest within the population, including turning to the insurgency. The larger the gap, the greater the population‘s perceived or relative sense of deprivation between what they have and what they perceive they should have. Similarly, the larger the gap, the more susceptible the population is to insurgent influence through promises to close the gap.

2) Leadership Available for Direction. A vulnerable population alone will not indefinitely support an insurgency. There must be a leadership element that can direct the frustrations of the population. If insurgents can recruit, co-opt, and coerce local leaders or the local leaders are part of the insurgency, these leaders can direct the frustrations of the populace.

3) Lack of Government Control. Real or perceived lack of governmental control can allow insurgents to operate with little or no interference from security forces or other agencies. The greater the control the government has over the situation, the less likely are the chances for insurgent success. The opposite is also true. If the government is not providing what the people believe their government should, insurgents may provide an alternative government, or ‗shadow‘ government, or they may merely nullify governance to allow freedom and movement, depending on their end state. Host Nation failure to see or admit that there is an issue or outright refusal to change can further strengthen this prerequisite. 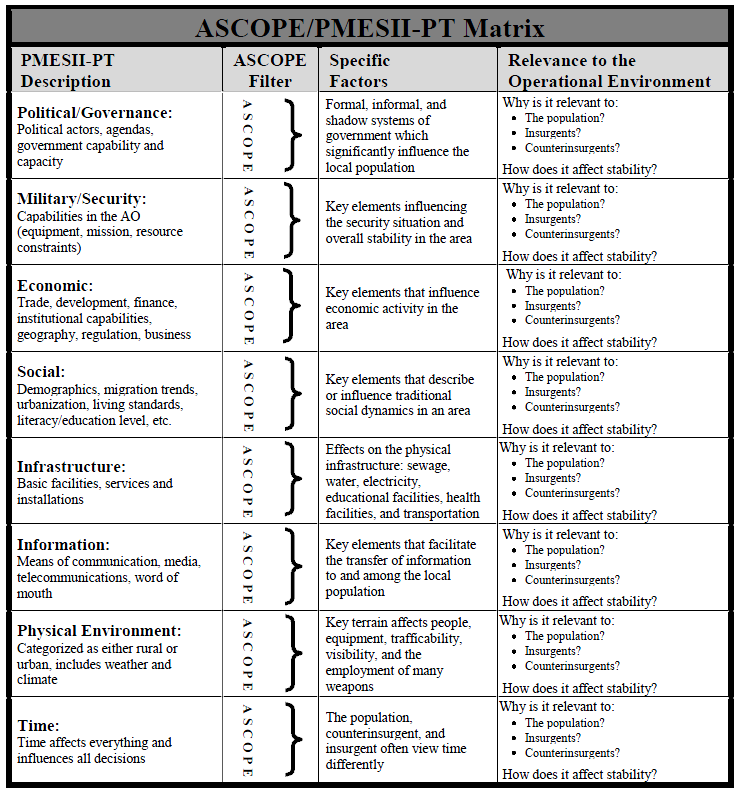