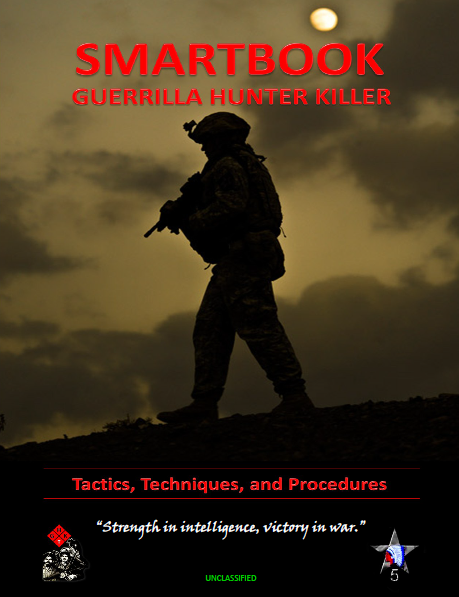 To effectively defeat an enemy, one must first understand the enemy. Intelligence professionals have forgotten the basic principles on which intelligence analysis is conducted, instead they sub-scribe to the paradigm that the enemy faced in this Global War on Terror has no structure or doctrine. Any organization, military or civilian, must have a structure and a way of doing business if they are to have any chance of being successful. As previously stated, understanding an enemy is critical to defeating him, but how much do we really understand the Taliban? We know that the Taliban fights in small groups using unconventional tactics that usually manifest themselves in the form of Improvised Explosive Device (IED), Direct Fire (DF), and Indirect Fire (IDF) attacks against Coalition Forces (CF) vehicles, patrols, and operating bases. The Taliban uses fear and intimidation against the Afghan people, collecting taxes, establishing court systems based on Shari’a law and doling out justice when these laws are broken. We also know that the Taliban enjoys sanctuary in regions bordering Afghanistan, such as Pakistan, with most of their senior leadership issuing decrees and orders just across the border. All of these “knowns” about the Taliban are not new to warfare of this nature, instead many of these same factors have been observed all over the world and throughout time. The military leader and fighter Ernesto “Che” Guevara waged guerrilla campaigns in multiple countries almost forty years ago using many of the same tactics the Taliban em-ploy today. Che’s successful war in Cuba and his failed guerrilla movements in the Congo and Bolivia are not the only historical examples of low intensity conflict that resemble our current fight in Afghanistan. Mao Tse Tung, Carlos Marighella and Alberto Bayo are just a few other Guerrilla leaders whose writings were examined and captured in the Guerrilla Hunter Killer Template. Volumes of source documents exist that can be referenced to help understand and define the enemy. Interestingly, the Guerrilla Hunter Killer Template was written using these source documents almost exclusively, but as you will see the parallels to the Taliban are frightening and therefore applicable to the war in Afghanistan. Truly understanding and defining the enemy as a collective group, not as individuals, is key to defeating him. The GH/K template blends historical writings of Guerrilla Leaders in conjunction with current and past United States Army doctrine to form the “melting pot” that is The Guerrilla Hunter Killer.

Once a base line understanding of the enemy was established, we understood the need to use common graphics and terms to accurately describe the enemy formations and tactical tasks. Sim-ply using U.S. Army operational terms and graphics does a severe disservice to all involved. The enemy we face is not the U.S. Army, and we should not attempt to “make them fit” into our own maneuver doctrine. While some tactical terms and graphics may fit what the enemy is trying to accomplish and how he organizes himself a majority do not, and at the end of the day this method is simply shoe horning the enemy into doctrine meant for ourselves. The enemy deserves his own graphics and tactical terms, for his structure and tasks are unique to what he is attempting to accomplish. 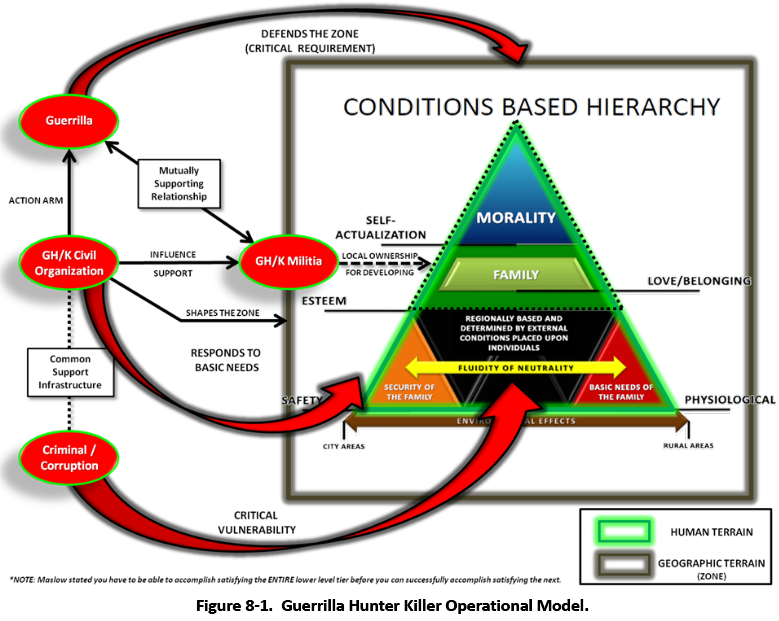