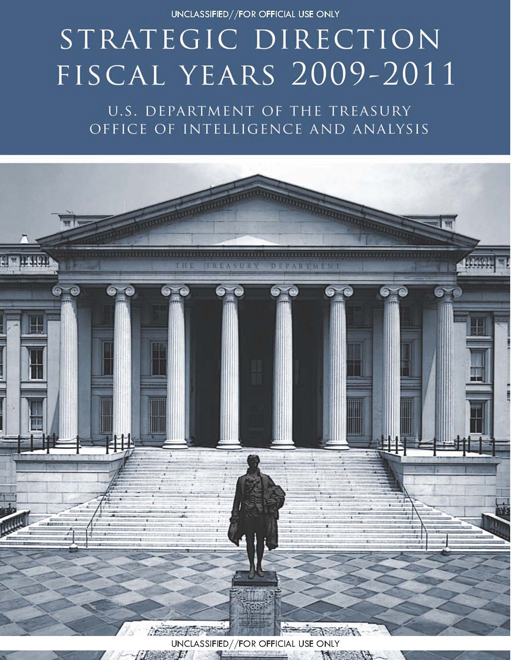 The Intelligence Authorization Act of Fiscal Year 2004 created the Treasury Department’s Office of Intelligence and Analysis (OIA) and made it responsible for the receipt, analysis, collation, and dissemination of intelligence related to the operation and responsibilities of the Treasury Department. OIA was created to support the formulation of policy and the execution of Treasury authorities by providing expert analysis and intelligence production on financial and other support networks for terrorist groups, proliferators, and other key national security threats. In addition, OIA was charged with providing timely, accurate, and focused intelligence on the full range of economic, political, and security issues. On April 28, 2004, the Secretary of the Treasury established the Office of Terrorism and Financial Intelligence (TFI), which includes OIA, the Office of Terrorist Finance and Financial Crimes (TFFC), the Office of Foreign Assets Control (OFAC), the Financial Crimes Enforcement Network (FinCEN), and the Treasury Executive Office for Asset Forfeiture (TEOAF). TFI brings a wide range of intelligence and enforcement authorities together under a single umbrella to strategically target a number of threats. Since its creation in 2004, OIA has accomplished a great deal in the course of meeting ever growing demands from its customers. In its first year of operation, OIA focused on establishing a current intelligence process to meet the day-to-day information needs of decision makers in the Department, while also supporting the intelligence needs of the designation process under EO 13224.

• In 2005, President Bush signed EO 13382 aimed at freezing the assets of proliferators of weapons of mass destruction and their supporters; OIA expanded its analytic efforts in order to support implementation of the EO.

• In 2007, OIA expanded the breadth and depth of its analytic cadre to meet increased demand from policymakers.

• In 2008, OIA initiated a research program to examine the systemic issues behind the financing of national security threats, such as cash courier networks, informal remittance systems, and terrorist use of the Internet. 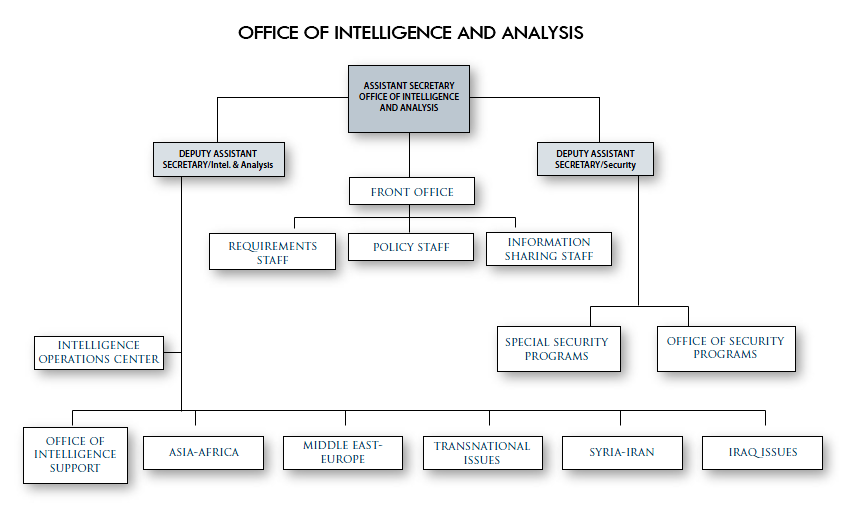 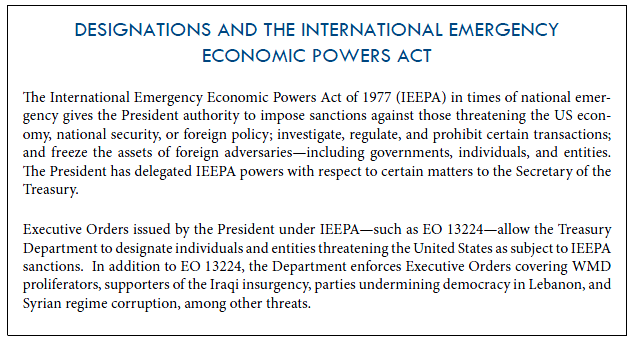 1. Assess Financial Underpinnings of National Security Threats: Terrorists, WMD proliferators, rogue states, and other nefarious actors require financial resources to support their activities. Without ready access to such resources, these actors are unable to indoctrinate, recruit, and train personnel; buy weapons, technology, and equipment; circulate propaganda; bribe officials; support the global networks of operatives essential to their existence; or launch attacks. The flow of funds to activities that threaten national security may not be shut off completely, but impeding the activities of these networks makes operating costlier, harder, and riskier for these threats.

2. Identify Adversaries’ Financial Vulnerabilities: The US Government is relying more heavily on targeted financial measures aimed at specific actors engaged in illicit conduct, as opposed to broad-based economic sanctions. Targeted financial measures allow decision makers to apply financial pressure and isolate terrorists, proliferators, and others whose goal is to undermine US security. They also allow US leaders to take punitive action against threats without resorting to military force. Applying targeted financial measures effectively, however, requires indepth knowledge of an adversary’s economic or financial well-being: its strengths, weaknesses, connectivity to global markets, and key dependencies.

4. Monitor Threats to International Financial Stability: The US financial system and the economic well-being of every American are inexorably linked to the health and stability of the international financial system. Globalization and convergence in the world economy only underscore this fact. Identifying threats to the global financial system’s integrity and to sustainable growth and development therefore is essential to America’s own security. 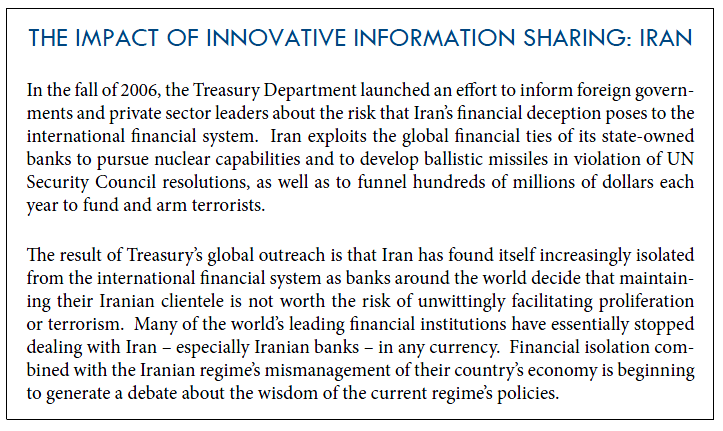