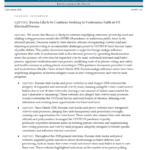 We assess that Russia is likely to continue amplifying criticisms of vote-by-mail and shifting voting processes amidst the COVID-19 pandemic to undermine public trust in the electoral process. Decisions made by state election officials on expanding vote-by-mail and adjusting in-person voting to accommodate challenges posed by COVID-19 have become topics of public debate. This public discussion represents a target for foreign malign influence operations that seeks to undermine faith in the electoral process by spreading disinformation about the accuracy of voter data for expanded vote-by-mail, outbound/inbound mail ballot process, signature verification and cure process, modifying scale of in-person voting, and safety and health concerns at polling places, according to CISA guidance documents provided to state and local election officials.

(U) On 2 May, at approximately 1330, Al-Jazeera reported that a group claiming to be Tehrik-e Taliban Pakistan had claimed responsibility for the attack in a one-minute long video posted on a video-sharing Website. It has yet to be determined if the tape is authentic, and if so, if the group played any role in the attack.

(U//FOUO) The Department of Homeland Security/Office of Intelligence and Analysis, the South Carolina Information and Intelligence Center, and the Michigan Intelligence Operations Center, in coordination with the University of South Carolina, Clemson University, and Michigan State University, have prepared the following threat assessment to assist security planners and law enforcement personnel in monitoring threat information and maintaining a safe and secure event environment for U.S. college sports and entertainment venues and surrounding areas. These areas include entrance and egress routes to the venue, local hotels, restaurants and bars, and parking lots where crowds gather.

In light of the ongoing investigation in New York City, DHS and the FBI believe it is prudent to remind our state and local partners about the variety of domestically-available materials that could be used to create homemade explosives, which have been utilized in previous terrorist attacks.