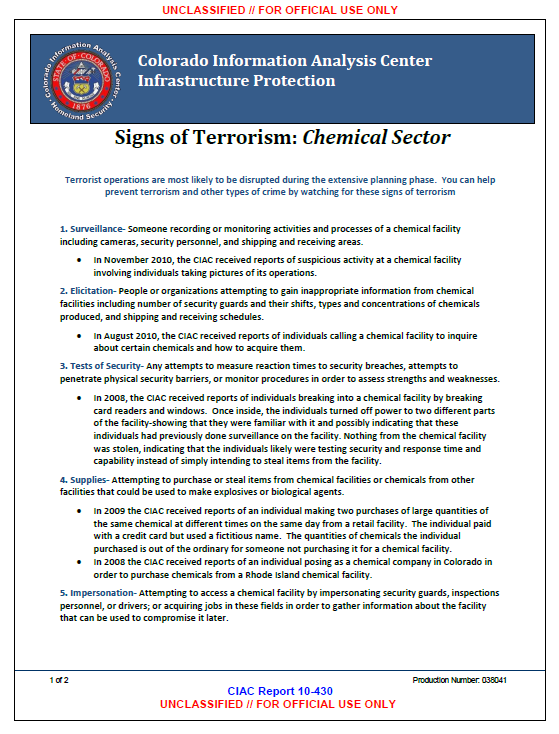 Terrorist operations are most likely to be disrupted during the extensive planning phase. You can help prevent terrorism and other types of crime by watching for these signs of terrorism.

1. Surveillance- Someone recording or monitoring activities and processes of a chemical facility including cameras, security personnel, and shipping and receiving areas.

2. Elicitation- People or organizations attempting to gain inappropriate information from chemical facilities including number of security guards and their shifts, types and concentrations of chemicals produced, and shipping and receiving schedules.

3. Tests of Security- Any attempts to measure reaction times to security breaches, attempts to penetrate physical security barriers, or monitor procedures in order to assess strengths and weaknesses.

4. Supplies- Attempting to purchase or steal items from chemical facilities or chemicals from other facilities that could be used to make explosives or biological agents.

5. Impersonation- Attempting to access a chemical facility by impersonating security guards, inspections personnel, or drivers; or acquiring jobs in these fields in order to gather information about the facility that can be used to compromise it later.