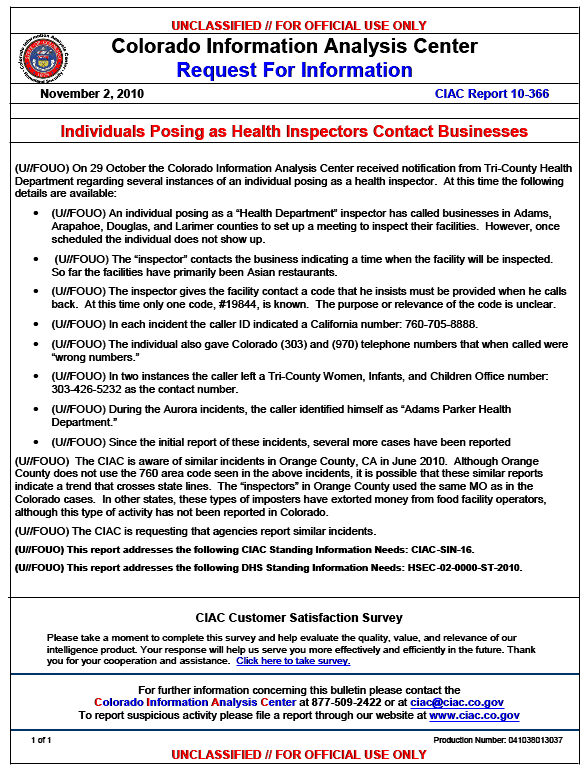 (U//FOUO) On 29 October the Colorado Information Analysis Center received notification from Tri-County Health Department regarding several instances of an individual posing as a health inspector. At this time the following details are available:

(U//FOUO) The CIAC is aware of similar incidents in Orange County, CA in June 2010. Although Orange County does not use the 760 area code seen in the above incidents, it is possible that these similar reports indicate a trend that crosses state lines. The “inspectors” in Orange County used the same MO as in the Colorado cases. In other states, these types of imposters have extorted money from food facility operators, although this type of activity has not been reported in Colorado.