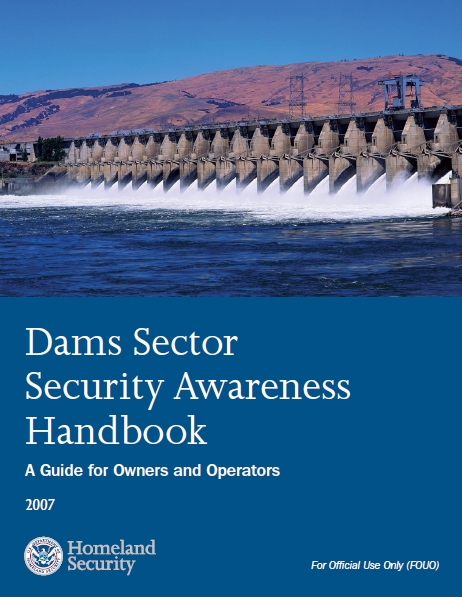 Like all critical infrastructure, the technological and national security environment in which the U.S. dam infrastructure is operated and maintained continues to evolve over time. New threats to the continued reliability and integrity of all infrastructure requires vigilance. Areas of possible focus by owners and operators include: surveillance detection, identification of siterelated vulnerabilities (e.g., access control, operational security, and cyber security measures), emergency response/prevention issues, and functionality issues governed by interdependencies with other infrastructure assets.

The Dams Sector is comprised of the assets, systems, networks, and functions related to dam projects, navigation locks, levees, hurricane barriers, mine tailings impoundments, or other similar water retention and/or control facilities. Dam projects are complex facilities that typically include water impoundment or control structures, reservoirs, spillways, outlet works, powerhouses, and canals or aqueducts. In some cases, navigation locks are also part of the dam project.

The Nation has more than 100,000 dams. Of this number, approximately 82,000 are listed in the National Inventory of Dams (NID), which generally includes dams greater than 25 feet in height or reservoirs having more than 50 acre-feet in storage capacity. In the NID, the downstream hazard potential (e.g., the amount of risk or damage a dam can pose because of failure or negligent operation) is classified as high, significant, or low. In the current NID database, approximately 12,000 dams are classified as high hazard potential from a dam safety perspective. However, only a very small percentage of high-hazard dams represent a potential for causing mass casualties. 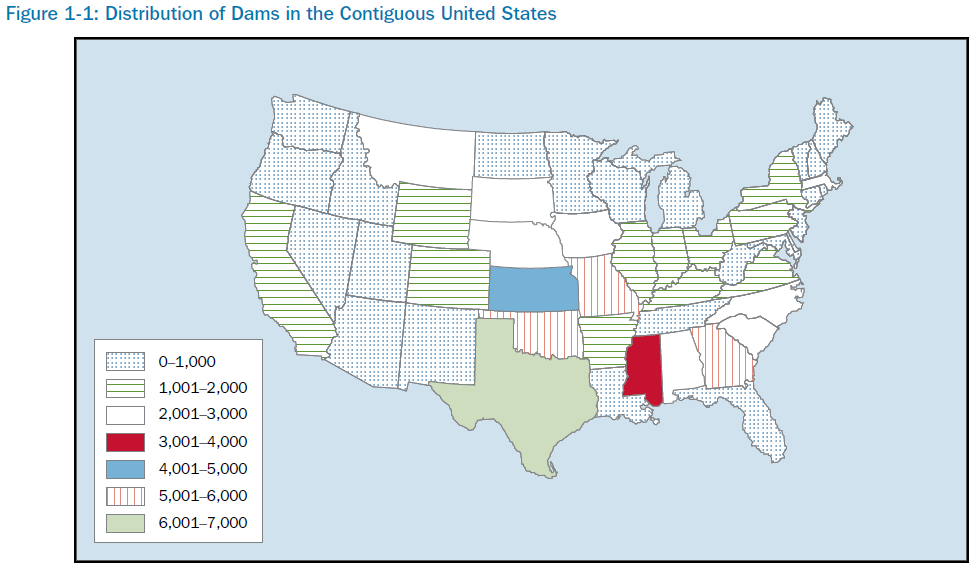 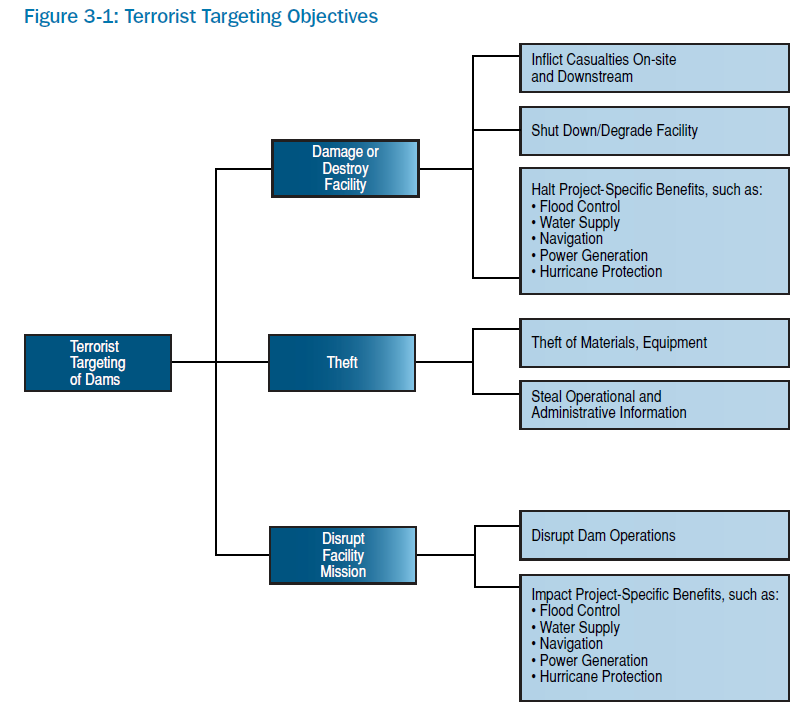