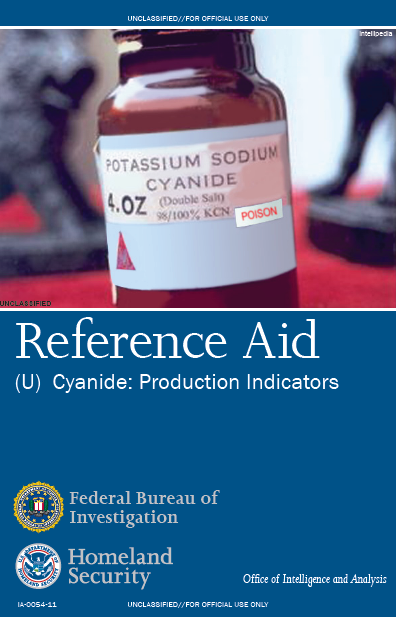 (U) What are cyanides?

(U//FOUO) Cyanides are among the most likely compounds terrorists would use in a chemical attack because of their toxicity, availability, and ease of crude dissemination. They can exist in multiple forms:
• Sodium cyanide (NaCN) – white/yellow solid.
• Potassium cyanide (KCN) – white/yellow solid.
• Hydrogen cyanide (HCN) – colorless gas with almond-like odor.
• Cyanogen chloride (CNCl) – colorless gas/liquid with acrid, choking odor.

(U) How can cyanides be used in attacks?

(U//FOUO) Salts and liquids: Added to food, beverages, or water supplies, placed on surfaces as a skin contact poison, or disseminated in mail.

(U//FOUO) Gases: Using an improvised chemical device to disseminate in an indoor location such as in public transportation or other public venues. 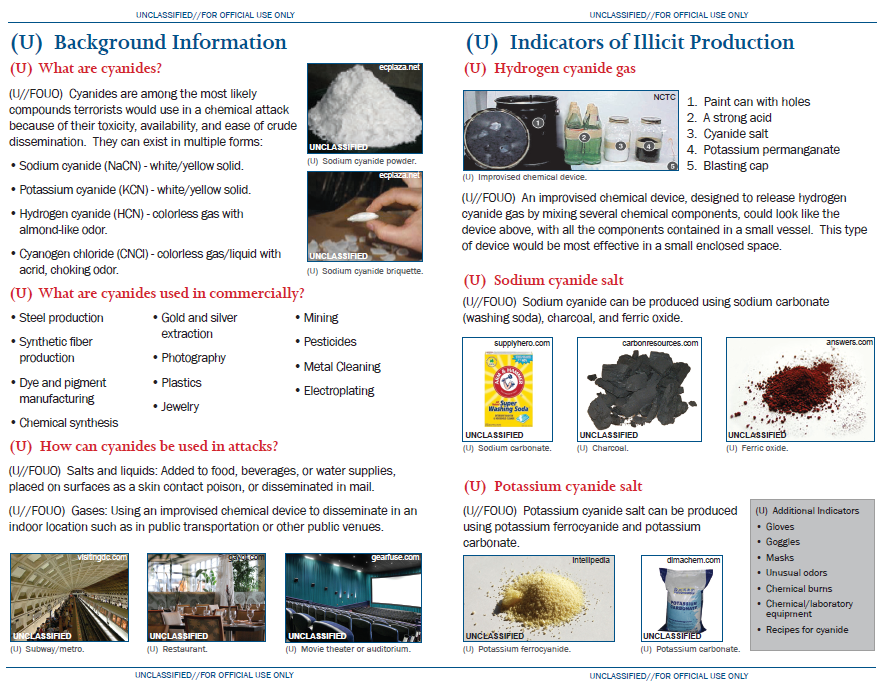