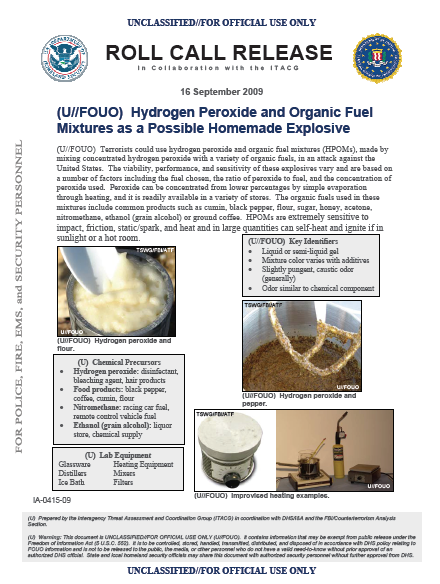 (U//FOUO) Terrorists could use hydrogen peroxide and organic fuel mixtures (HPOMs), made by mixing concentrated hydrogen peroxide with a variety of organic fuels, in an attack against the United States. The viability, performance, and sensitivity of these explosives vary and are based on a number of factors including the fuel chosen, the ratio of peroxide to fuel, and the concentration of peroxide used. Peroxide can be concentrated from lower percentages by simple evaporation through heating, and it is readily available in a variety of stores. The organic fuels used in these mixtures include common products such as cumin, black pepper, flour, sugar, honey, acetone, nitromethane, ethanol (grain alcohol) or ground coffee. HPOMs are extremely sensitive to impact, friction, static/spark, and heat and in large quantities can self-heat and ignite if in sunlight or a hot room. 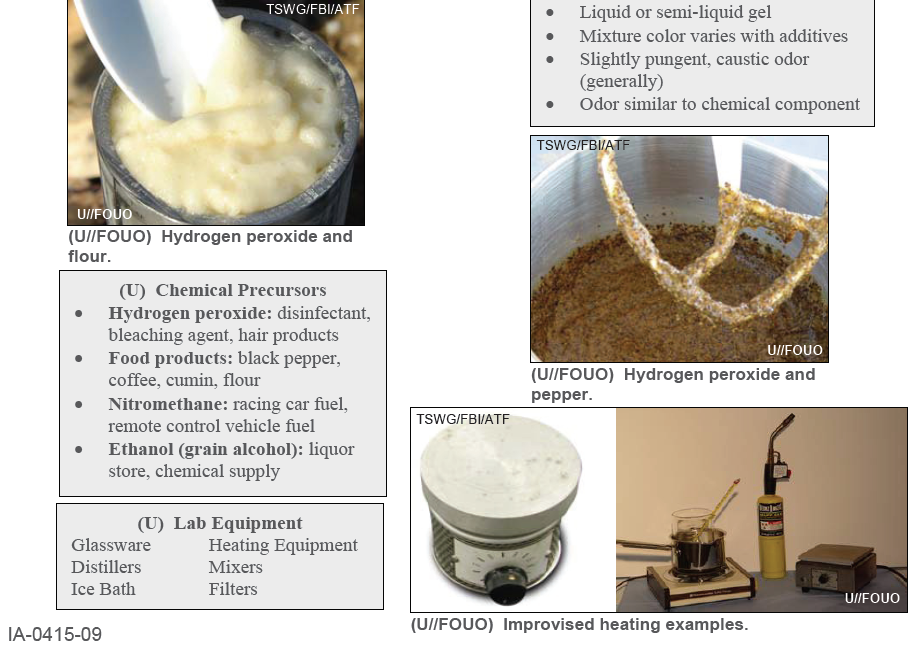