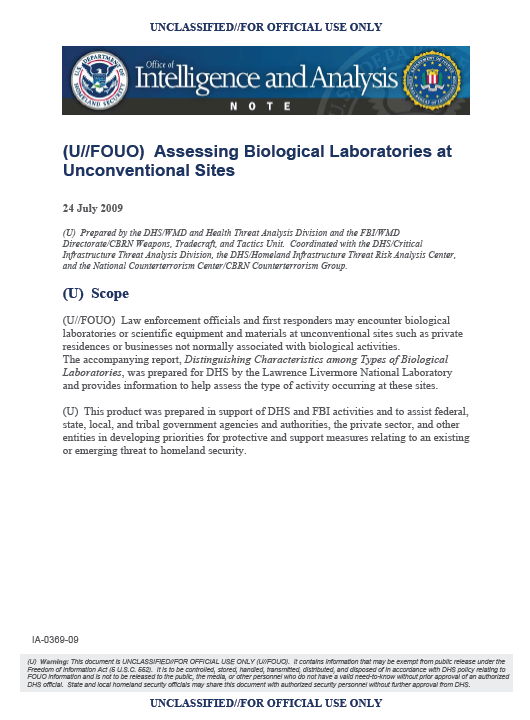 (U//FOUO) Many innocuous reasons exist for the possession of some types of biological agents and associated laboratory equipment. For example, hobby, educational, or artistic uses such as home brewing or pilot-scale biotechnology research may include the same or similar equipment used in the malicious production of pathogens (see Figure). In some instances, however, the presence of a biological laboratory at an unconventional site could be an indicator of possible intent or capability to conduct bioterrorism.

— (U//FOUO) Recent media reports indicate that home experimentation with biological materials is becoming an increasingly popular activity. As a result, law enforcement officials and first responders may increasingly encounter biological laboratories in unconventional settings, such as residences. Examples of this trend—often referred to as amateur molecular biology, do-it-yourself biology, or “biohacking”—include biofuel research, genetic testing, and the genetic modification or manipulation of microbes.

(U//FOUO) Testing by trained professionals may be necessary to identify the type of organism being produced at an unconventional site and to determine whether it is hazardous or innocuous. Barring obvious red flags, such as instructions for the production of a harmful agent, indicators that could distinguish an illicit or harmful lab from a benign one are limited.

— (U//FOUO) The possession of scientific equipment and reagents such as enzymes, culture media, and many other chemicals or biochemicals used in biology, even at unconventional sites, is not regulated by Select Agent laws (see text box). 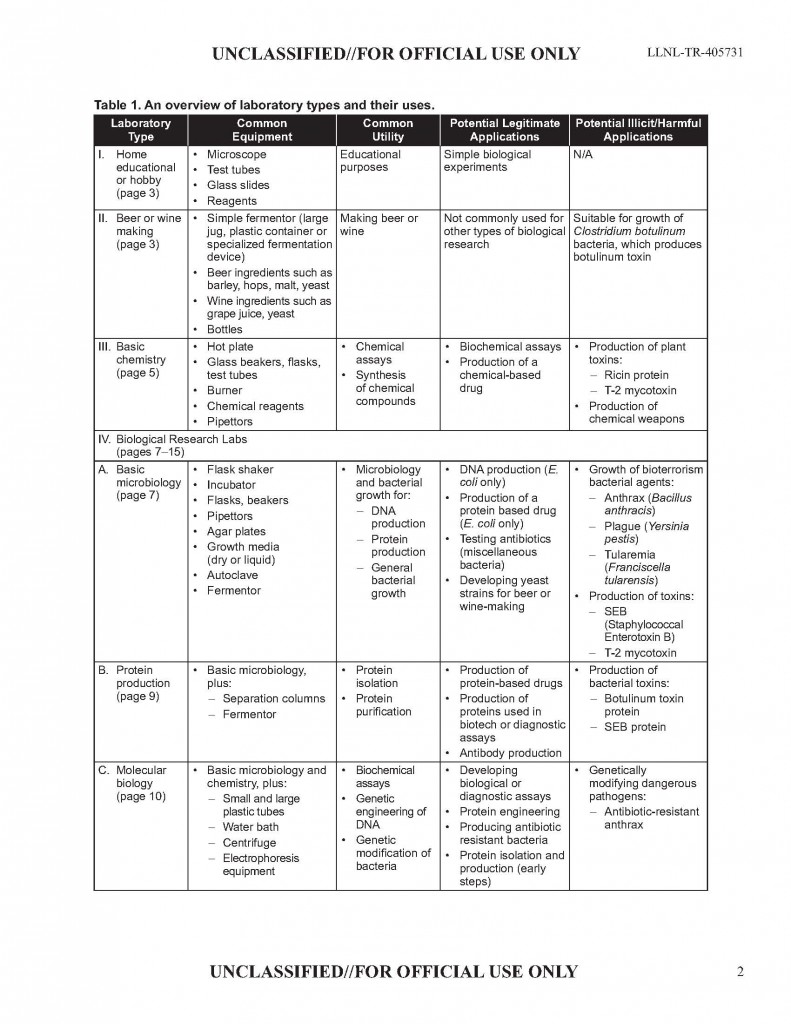 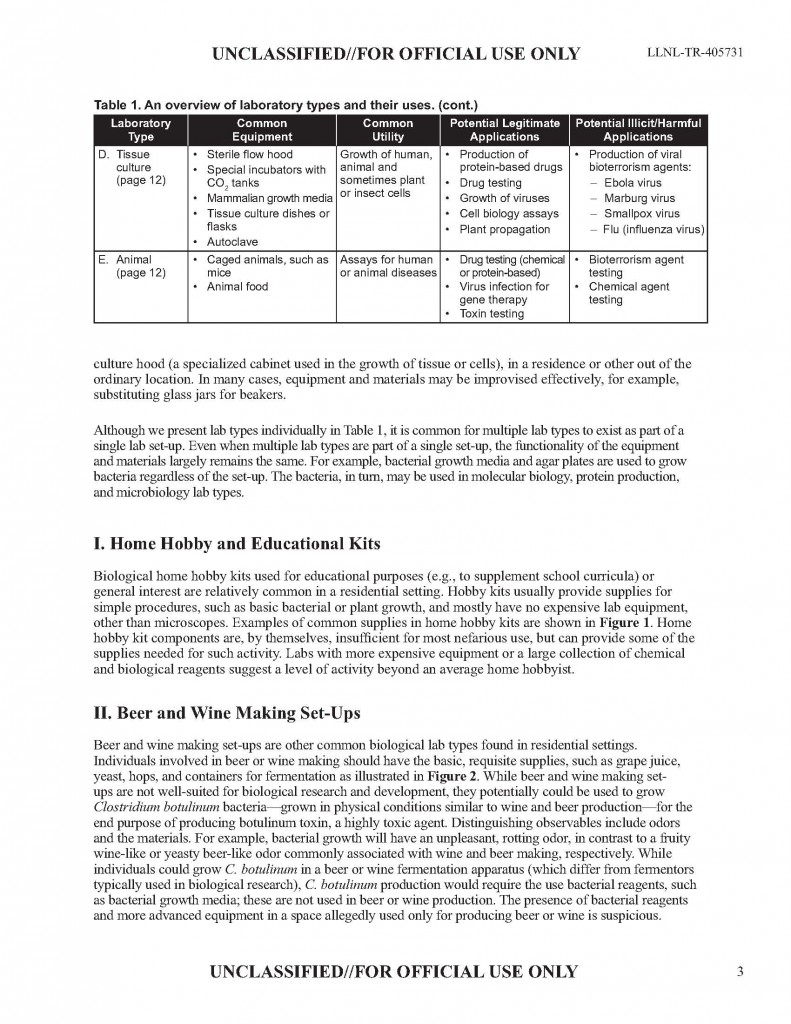 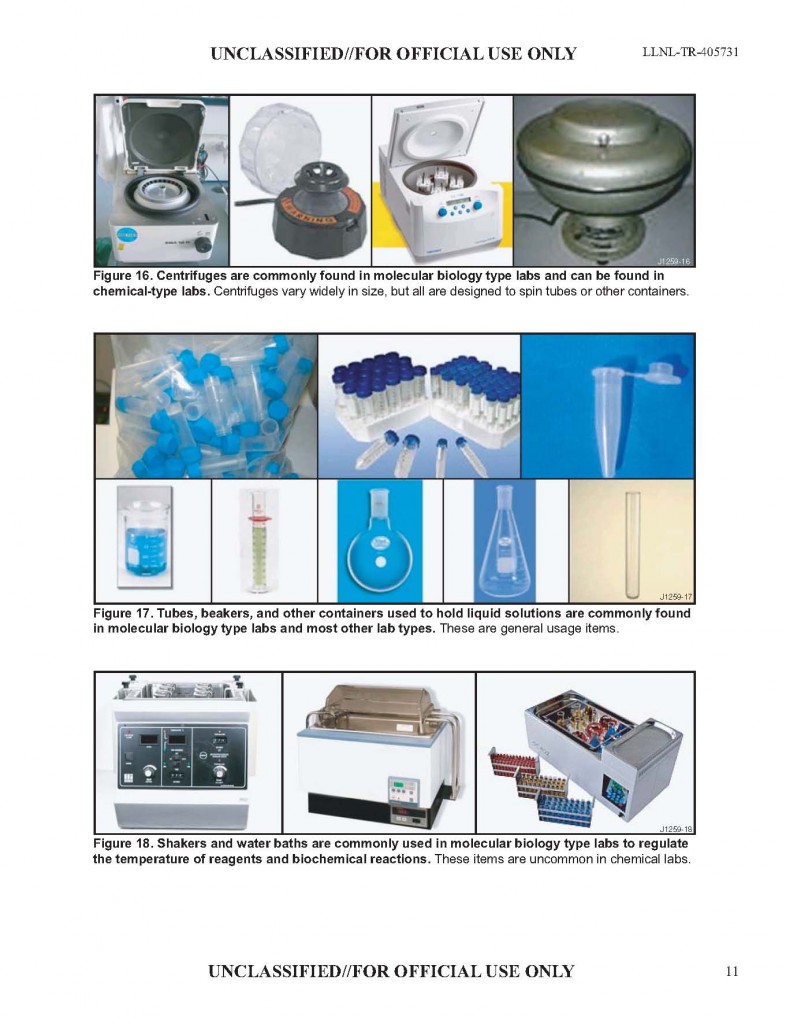