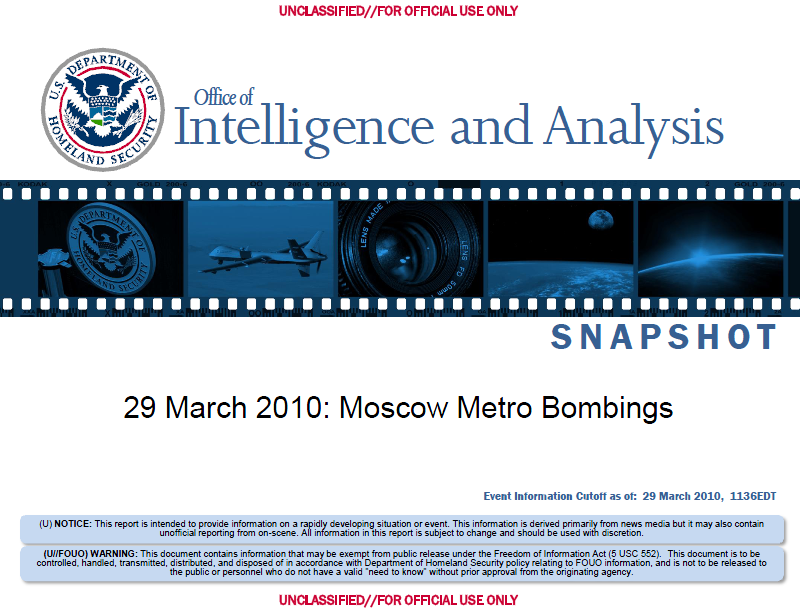 (U) Tactics & Techniques:
–(U) Attackers: Two female suicide bombers (one per train).
–(U) Device: Explosive belts packed with plastic explosives: one per bomber; may have contained hexogen (RDX) as well as chipped iron rods and screws; believed to have been set off on the trains as the trains’ doors opened.
–(U) Time: At approximately 0800 & 0845 Moscow time (2400 & 0045 EDT), during peak morning rush-hour commute.
–(U) Locations:
–0800 -LubyankaStation: Station is located underneath the building that houses the main offices of the Federal Security Service (FSB), the KGB’s main successor agency.
–0845 -Park KulturyStation: Unknown nearby facilities.

(U) Leader: The Chechen separatists have had numerous turnovers in leadership over the years. The most prominent and active separatist group is the Caucasus Emirate led by Doku Khamatovich Umarov.
(U) Main Objectives: After the fall of the Soviet Union in the early 1990s, Chechen separatists launched a coordinated campaign for independence, which resulted in two wars and an ongoing insurgency in the Chechen region.
(U) TTP / MO: The Chechen separatists use hostage-taking tactics (2004 Beslan school siege); remote detonated IEDs (summer 1999 bombings of an arcade and an apartment building in Moscow); and suicide operatives, to include females, as seen in this most recent subway attack.
(U) The Chechens are a predominantly Sunni Muslim ethnic minority group located in Russia’s Caucasus region.
(U) According to Russian State statistics, as of January 1, 2010, the Chechen population was 1,267,740. It is not currently known how many Chechens participate in resistance activities.

(U//FOUO) Suicide bombings continue to be a preferred terrorist tactic because the bomber controls the location, timing, and method of delivery, and requires no escape route. Many facilities and areas accessible to the public are inherently vulnerable to suicide bombing attacks and the terrorist’s latitude in determining and adjusting the target and timing of an attack up tothe point of detonation further complicates countermeasures. These factors indicate the importance of disciplined security measures and alertness by security professionals to potential threats from the full range of gender and age groups.

(U//FOUO) Despite the lack of a reliable, predictable profile of a suicide terrorist, security and law enforcement officials and first responders should be aware of terrorists’ use of both male and female suicide operatives, and be alert to behavioral patterns that such bombers have demonstrated in previous attacks.

(U/FOUO) Male and female suicide bombers may portray many of the same indicative behaviors, to include:

–(U) Appearance of being nervous, may seem preoccupied or have a blank stare.
–(U) Focused, intent, and vigilant, may result in lack of response to verbal questions or commands.
–(U) Awkward attempts to blend in to surroundings; behavior may seem odd or overtly out of place.
–(U) Avoidance of authority figures, law enforcement, or security; if security is present, the suicide bomber tries to be inconspicuous.
–(U) Praying fervently to him/her self.
–(U) Behavior may be consistent with that of a person without any future, such as presenting a one-way ticket, or being unconcerned about receiving change for a purchase.
–(U) Profuse sweating that is incompatible with current weather conditions.

Royal Demolition Explosive (RDX)
(U) Royal Demolition Explosive (RDX):Cyclotrimethylenetrinitramine, C3H6N606 (RDX), also known as cyclonite or hexogen, is second in strength to nitroglycerin among common explosive substances.
(U) RDX is an explosive widely used in military and industrial applications. RDX has both military and civilian applications.Asa military explosive, RDX can be used alone as a base charge for detonators or mixed with other explosives. Common military uses of RDX have been as an ingredient in plastic-bonded explosives, or plastic explosives. Civilian applications of RDX include use in fireworks and in demolition blocks.
(U) RDX is stable in storage; however, it becomes unstable when exposed to extreme heat, impact, or electrostatic discharge.
(U) RDX is a white, crystalline solid or colorless crystal.
(U) RDX was widely used during World War II, often in explosive mixtures with TNT. 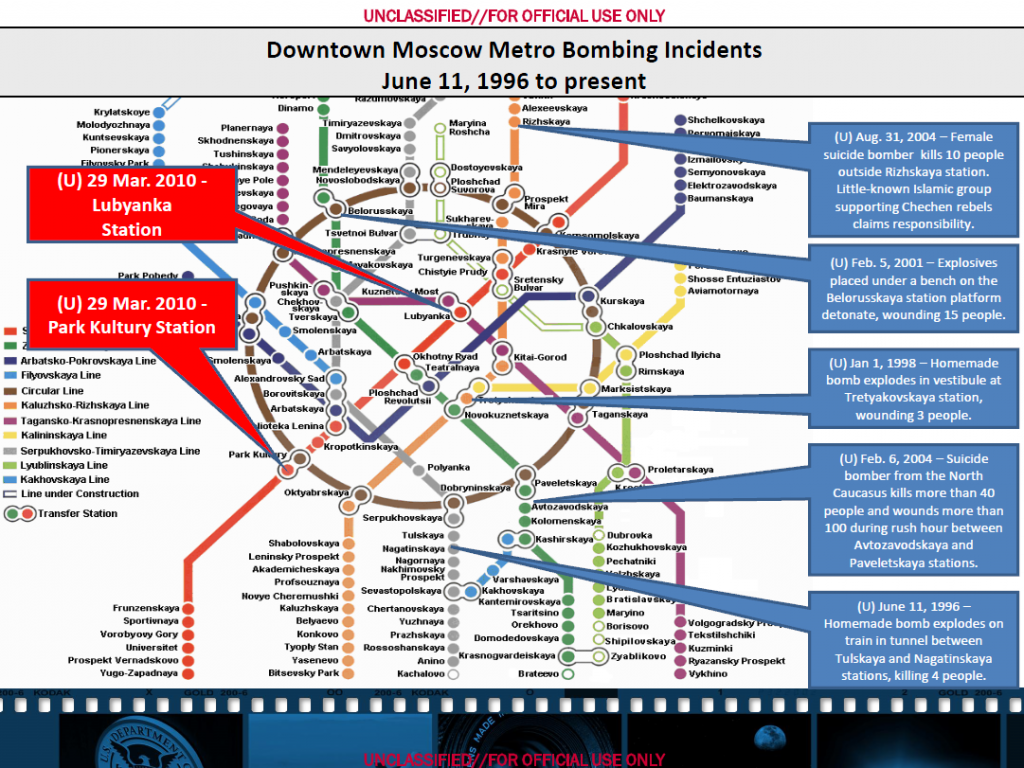