The following document was publicly posted on the Defense Acquisition University website. 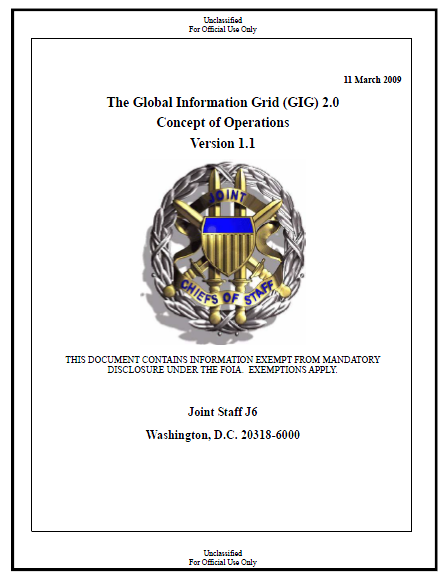 Achieving and maintaining the information advantage as a critical element of national power requires the concentrated effort of the entire Department of Defense (DoD) to provide a seamless information environment optimized for the warfighter.

Operational experiences in Iraq and Afghanistan support the continued need to eliminate barriers to information sharing that currently exist on DoD’s multiple networks. A concerted effort to unify the networks into a single information environment providing timely information to commanders will improve command and control, thus increasing our speed of action. Providing an information technology (IT) / National Security Systems (NSS) infrastructure that is accessible anywhere and anytime is key to ensuring the agility of the Department and allowing our most valuable resources, our people, nearly instant access to the information they need to make decisions in the execution of their missions. In turn, the Global Information Grid (GIG) must be designed and optimized to support warfighting functions of advantaged and disadvantaged users, to include mission partners, across the full range of military and National Security operations in any operational environment. The GIG must also be resilient and able to support the missions despite attacks by sophisticated adversaries.

The operational concept of GIG 2.0 is depicted in Figure 1, and builds upon net-centric concepts as articulated in DoD Information Enterprise Architecture (DIEA) Version 1.0 (April 2008).

Furthermore, GIG 2.0 is founded upon the following 5 characteristics which are further discussed in section 2.7: Global Authentication, Access Control, and Directory Services Information and Services ―From the Edge‖ Joint Infrastructure Common Policies and Standards Unity of Command.

GIG 2.0 will facilitate mission accomplishment by providing tactical services ―from the edge‖ in support of the warfighter. The warfighter tactical edge user solutions must work in austere deployed environments. Today many IT services and systems are designed to work in a robust IT environment and often do not scale down to the deployed user. This separation between home station and deployed capabilities requires the user to transition from garrison IT services to tactical IT services, often losing functionality in the deployed environment. This document presents the GIG 2.0 Concept of Operations (CONOPS) as it relates to five key critical characteristics of the GIG and their relationship to the DoD Joint Capability Areas (JCA). 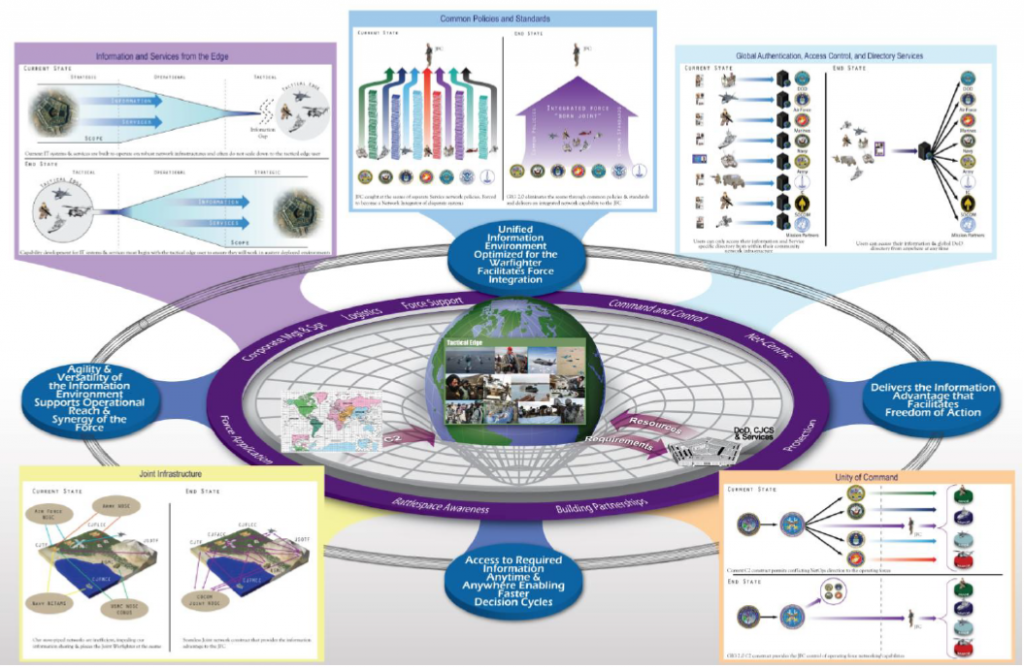