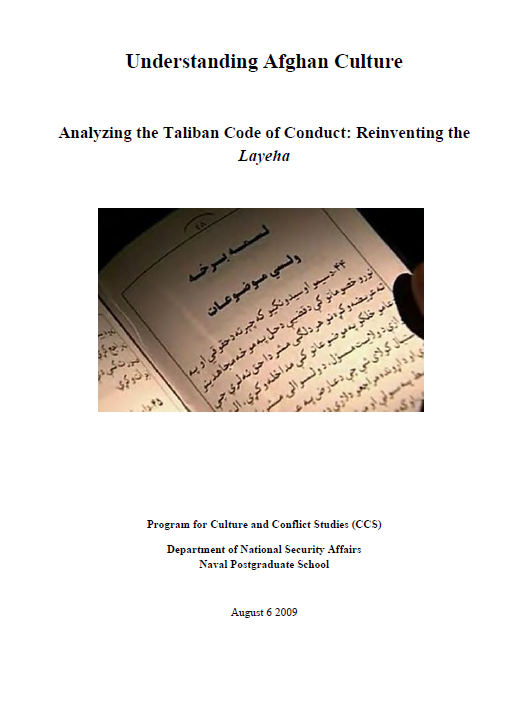 The recent capture of the Taliban’s code of conduct manifesto, “Rules and Regulations for
Mujahidin,” has offered analysts critical clues into how the Taliban intend to operate as well as how the movement is structured according to the Taliban. Importantly, the new document provides Coalition and Afghan forces a catalog of weak points, vulnerabilities and fears currently entrenched within the Taliban organization and its top echelon of leadership. A thorough examination of the document reveals the Taliban’s attempt to wage a guerrilla campaign implementing a rudimentary population-centric strategy; while calling upon elements of Pashtunwali and Shariat (Islamic) Law into the doctrine as well.

The dissemination of the Taliban’s newest code of conduct appears to have begun earlier this year. The copy of which this analysis is based on derives from an edition recovered by Coalition
forces in the Sangin Valley in mid-July. Media reports indicate numerous copies of the code of
conduct have been retrieved from coalition operations throughout Afghanistan this summer. Al
Jazeera became the first media outlet to obtain a copy and provide initial details to the
international community on July 27. Since its release, media reports have strictly adhered to
thinly veiled analyses, suggesting the Taliban code of conduct represents a “kinder, gentler”
Taliban; the Taliban’s attempt to win “hearts and minds” of the Afghan population.

Both ISAF and the Afghan Ministry of Defense have countered these reports by exemplifying
current Taliban operations that defy particular rules present in the document, namely the four
criteria for implementing suicide-bombing attacks. But there is far more to the document than
just criteria for suicide-attacks. The Taliban remain conscious, and vulnerable, to the damage
done to the movement’s political capital by the incorporation of criminals into the movement
during the “open door” recruitment policies enacted in 2003. Infighting among Taliban factions
is another key concern, something that has been recorded steadily over the past two years.

• Analytical suggestions that the 2009 code of conduct manifesto merely represents a
“softer, kinder” Taliban are false. Protection offered to any government official, worker
or contractor captured by the Taliban is not a new doctrine. This stipulation was
previously outlined in the Taliban’s 2006 Layeha, the earlier version of the code of
conduct, and is also a widely accepted tenant of Pashtunwali. The Taliban directive to
avoid civilian casualties when conducting suicide attacks is merely a side suggestion,
coming in third out of a list of four criteria Taliban operatives should follow when
planning and conducting suicide attacks. Inserting well rehearsed tactics and targeting
senior officials before “avoiding civilian causalities,” would seem to signify that the
importance of the mission trumps the avoidance of civilian casualties in the eyes of the
Taliban.
• The introduction of the 2009 manifesto orders Taliban operatives to disregard earlier
versions of the Layeha, namely the 2006 doctrine that has only 30 rules. The current
edition is much longer (13 Chapters and 67 rules), signifying the need to cover more
strategic and tactical concerns in greater detail.
• At least 17 out of the original 30 Layeha were repeated in the 2009 manifesto.
• It appears the 2009 manual’s target audience is “group leaders,” tactical level Taliban
commanders in charge of cadres numbering 10-15 men. It also outlines the organizational
responsibilities of both the district and provincial level command apparatuses.
• The manifesto is a clear attempt by the Taliban’s senior leadership, specifically that of
Mullah Muhammad Omar (Amir ul-Momineen)7 and Mullah Abdul Ghani Berader
(Deputy to the Amir), to consolidate command and control over the Taliban organization
and reign in rogue or unstable Taliban factions. Mullah Omar is referred to as Imam in
the document; Mullah Berader is referred to as Imam’s Assistant. 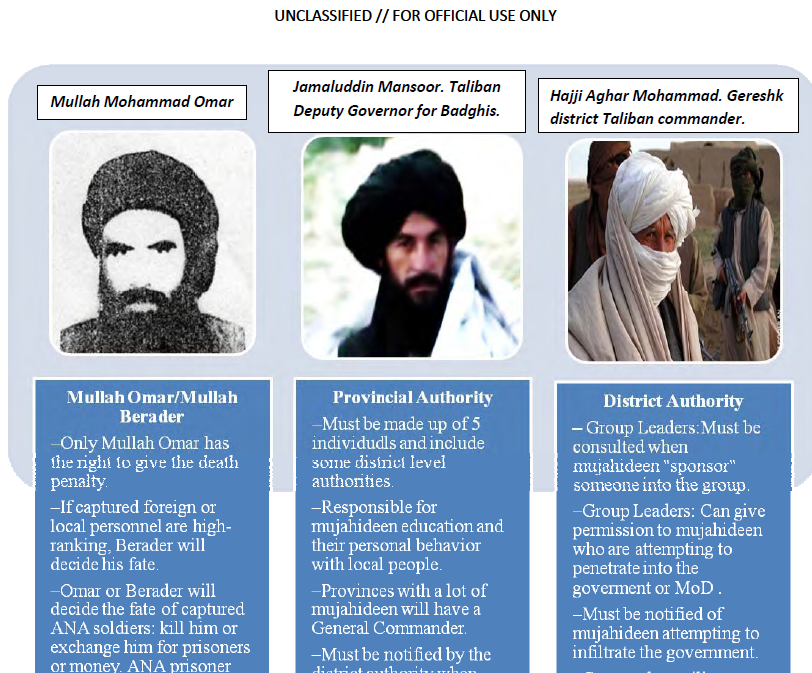 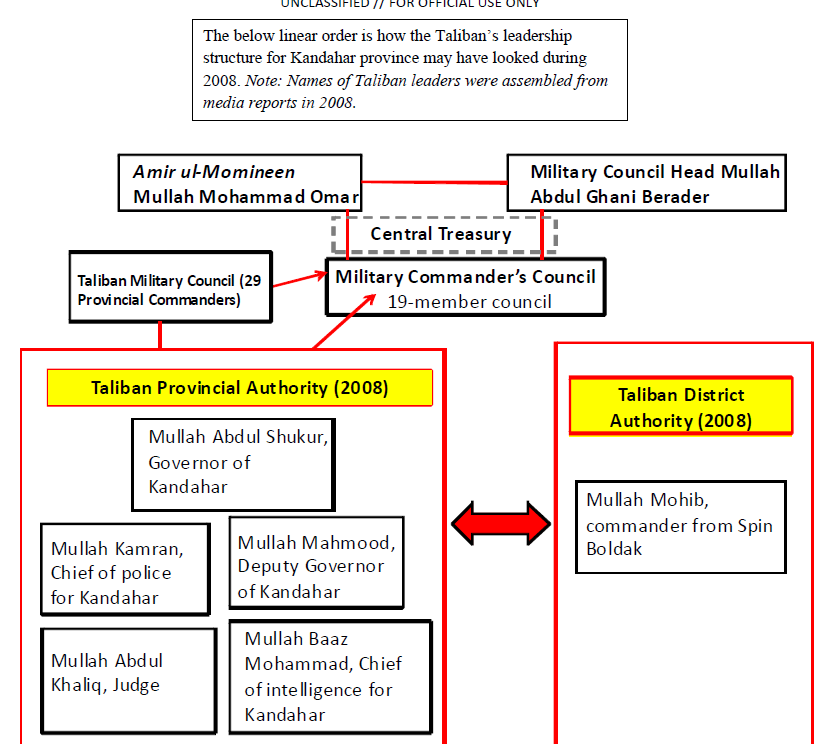 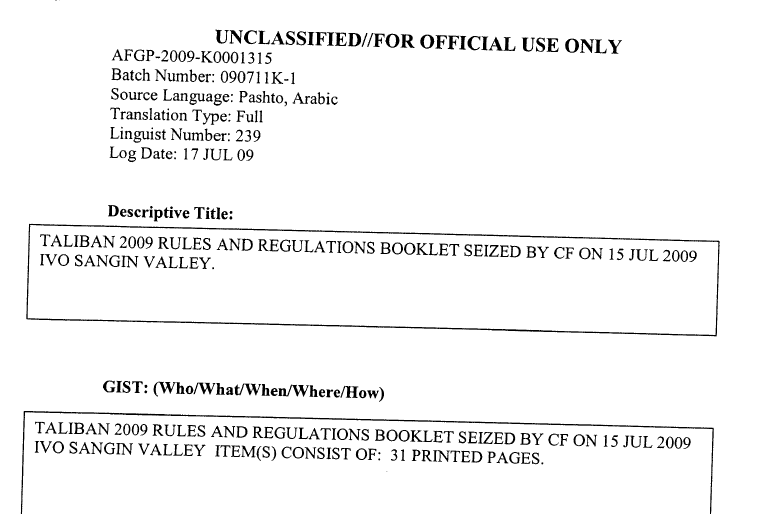