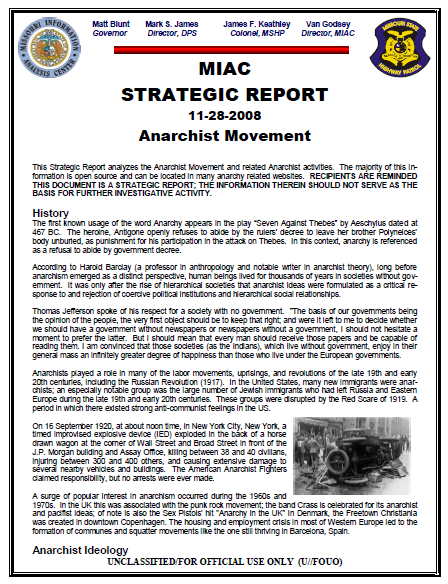 There are many different ideologies that an anarchist may follow. Although there may be a number of differences, they all contain the same central belief. Anarchism is the idea that government (the state) is unnecessary and harmful. Anarchy is society without government. Anarchists are people who desire to live in a society without ru-lers as their ancestors once did. The main belief is that the community in which they live be dependant only upon itself. People who believe in government (such as liberals, conservatives, socialists and fascists) are known as “statists”. Anarchism opposes all forms of hierarchical control.

The terms “anarchism” and “anarchy” are often confused in their meaning. When most people think Anarchist, they think of the chaotic Molotov cocktail throwing teenager (which grew out of the Anarcho-Punk persona) or ALF/ELF members (Animal Liberation Front and Earth Liberation Front – Eco-Anarchism, Green Anarchism, or Anarcho-Primitivism ideologies). Although there are a few direct action radical sub-groups not all believe in violence. 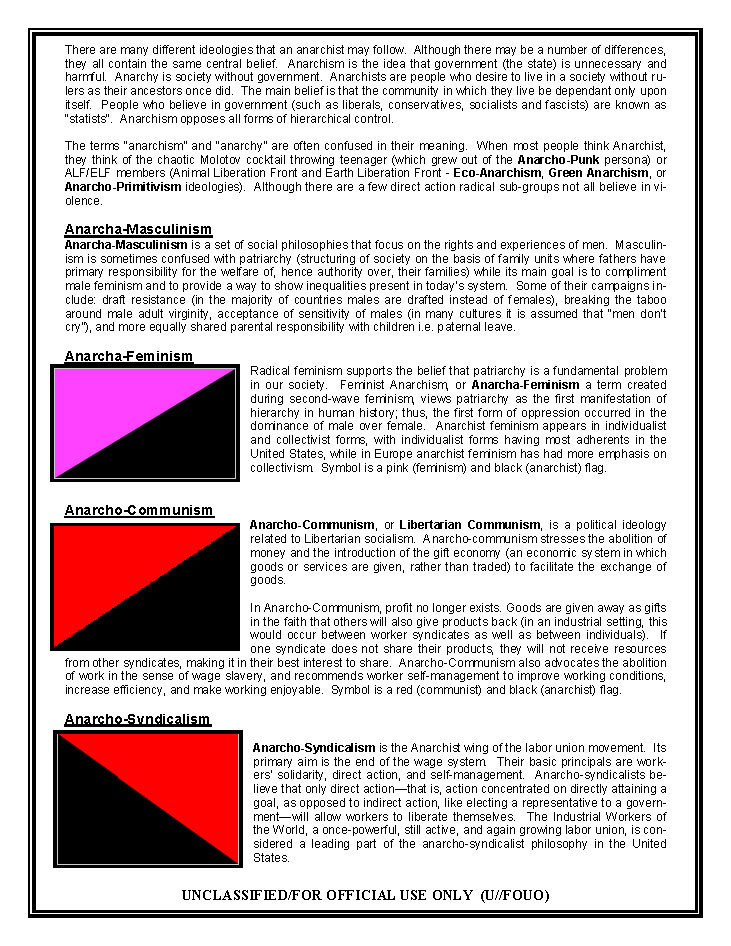 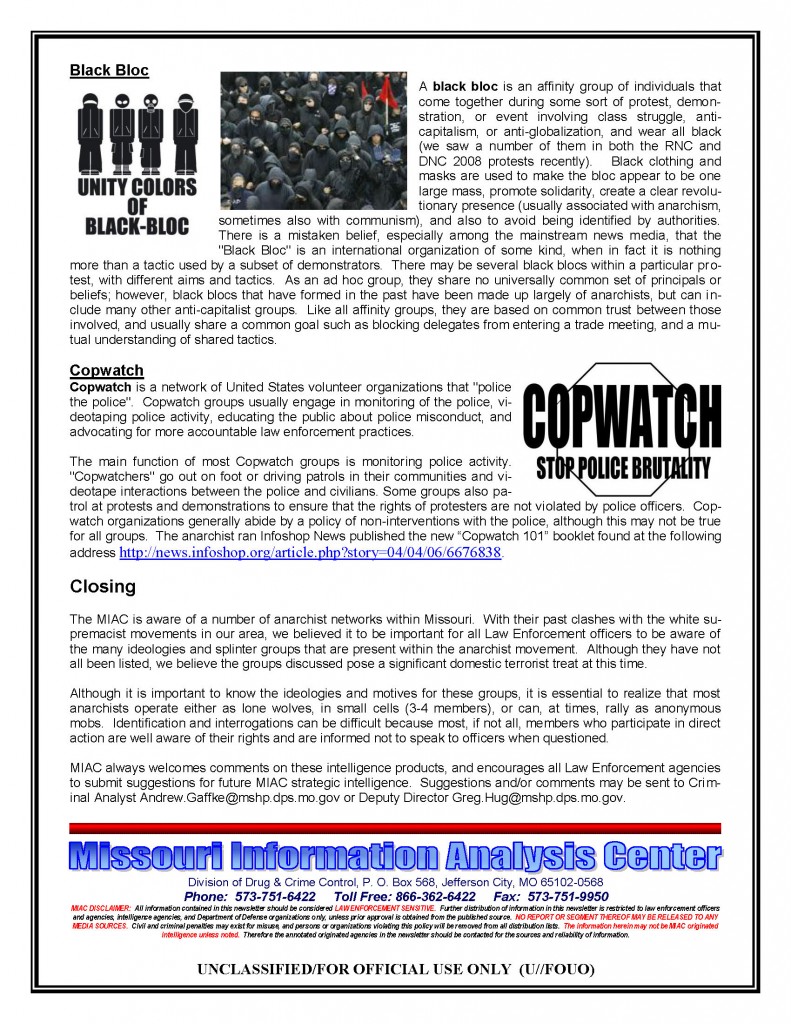