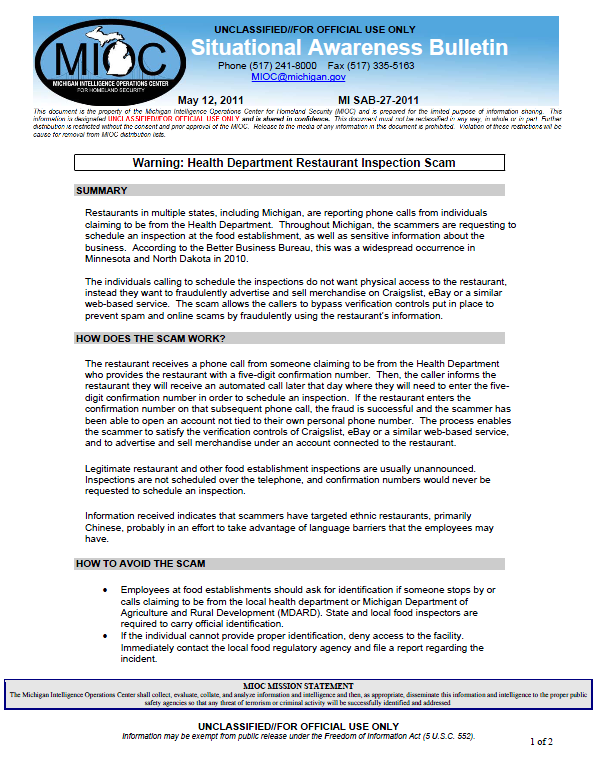 Restaurants in multiple states, including Michigan, are reporting phone calls from individuals claiming to be from the Health Department. Throughout Michigan, the scammers are requesting to schedule an inspection at the food establishment, as well as sensitive information about the business. According to the Better Business Bureau, this was a widespread occurrence in Minnesota and North Dakota in 2010.

The individuals calling to schedule the inspections do not want physical access to the restaurant, instead they want to fraudulently advertise and sell merchandise on Craigslist, eBay or a similar web-based service. The scam allows the callers to bypass verification controls put in place to prevent spam and online scams by fraudulently using the restaurant’s information.

HOW DOES THE SCAM WORK?

Legitimate restaurant and other food establishment inspections are usually unannounced. Inspections are not scheduled over the telephone, and confirmation numbers would never be requested to schedule an inspection.

Information received indicates that scammers have targeted ethnic restaurants, primarily Chinese, probably in an effort to take advantage of language barriers that the employees may have.