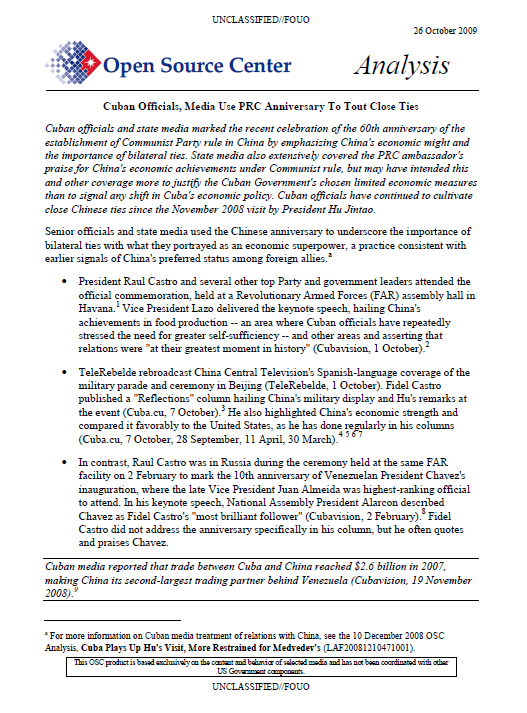 Cuban officials and state media marked the recent celebration of the 60th anniversary of the establishment of Communist Party rule in China by emphasizing China’s economic might and the importance of bilateral ties. State media also extensively covered the PRC ambassador’s praise for China’s economic achievements under Communist rule, but may have intended this and other coverage more to justify the Cuban Government’s chosen limited economic measures than to signal any shift in Cuba’s economic policy. Cuban officials have continued to cultivate close Chinese ties since the November 2008 visit by President Hu Jintao.

Senior officials and state media used the Chinese anniversary to underscore the importance of bilateral ties with what they portrayed as an economic superpower, a practice consistent with earlier signals of China’s preferred status among foreign allies.