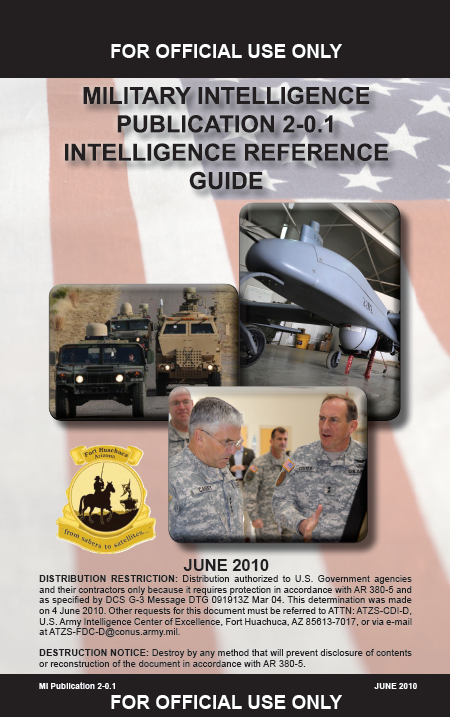 Currently, the intelligence warfighting function includes a formidable set of capabilities across all echelons from “mud-to-space.” This flexible force of personnel, organizations, and equipment collectively provides commanders with the timely, relevant, accurate, predictive, and tailored intelligence they need. We provide the intelligence that continuously supports the commander in visualizing the operational environment, assessing the situation, and directing military actions through ISR synchronization and the other intelligence tasks.

Future operational environments will be greatly impacted by globalization. “Globalization and growing economic interdependence, while creating new levels of wealth and opportunity, also creates a web of interrelated vulnerabilities and spreads risk even further, increasing sensitivity to crises and shocks around the globe and generating more uncertainty regarding their speed and effect” according to the National Defense Strategy, June 2008.

Key aspects of globalization include—

• Non-state groups, organized crime, and cultural and environmental change will stress already fragile social and political structures.
• American science and technology (S&T) communities, both commercial and Department of Defense (DOD), will compete with some growing economies for technical advantage.
• By 2020, organized crime is likely to thrive in resource-rich states now experiencing political and economic transformation.
• By 2025, urban growth will concentrate in coastal areas. The majority of urban populations will live within 60 miles of coastlines.
• By 2030, the world’s urban population will be over 4.9 billion fostering—
• Interdependent economies.
• The interaction of differing societies and cultures.
• More powerful non-state actors.
• Porous international boundaries.
• The inability of some nation-states to fully control their territory, economy, and to provide security and services.
• By 2030, competition for access to and control of natural resources (energy, water, and food) will dramatically increase areas of potential conflict.
• “ … Cyber security risks pose some of the most serious economic and national security challenges of the 21st Century” according to the Presidential Cyberspace Policy Review, May 2009.

The Joint Operational Environment 2010 observes that, “With very little investment, and cloaked in a veil of anonymity, our adversaries will inevitably attempt to harm our national interests. Cyberspace will become a main front in both irregular and traditional conflicts. Enemies in cyberspace will include both states and non-states and will range from the unsophisticated amateur to highly trained professional hackers. Through cyberspace, enemies will target industry, academia, government, as well as the military in the air, land, maritime, and space domains.”

In future operational environments as U.S. forces conduct increasingly complex operations Army intelligence will continue to prove even more critical by providing Army warfighting commanders with predictive, knowledge-based intelligence. As stated in the National Intelligence Strategy, August 2009, the Intelligence Community (IC) must “Operate as a single integrated team, employing collaborative teams that leverage the full range of IC capabilities to meet the requirements of our users, from the President to deployed tactical military units.” 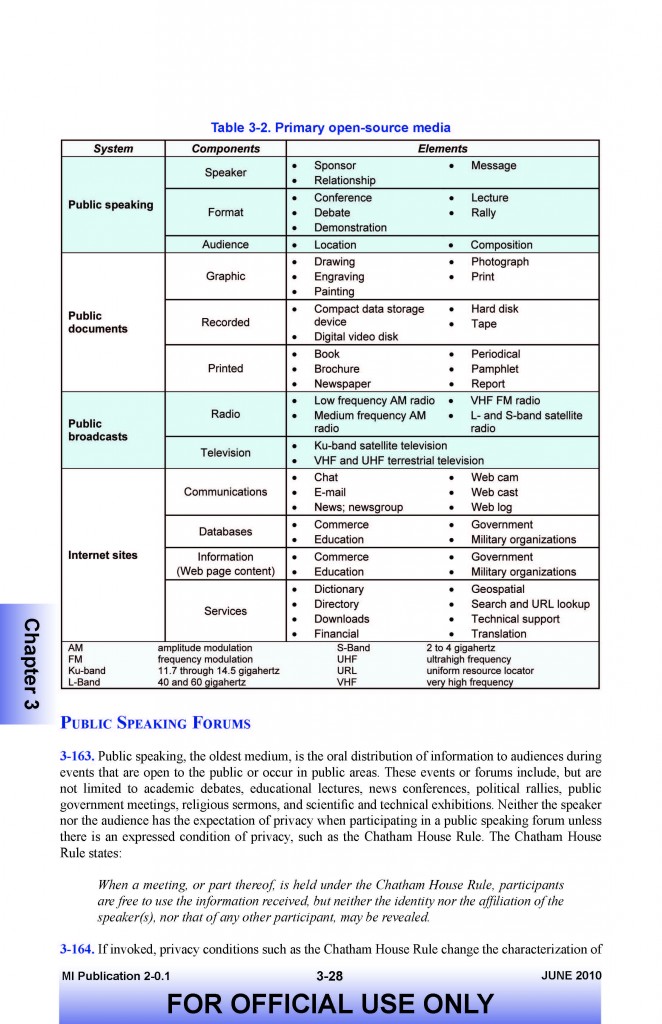 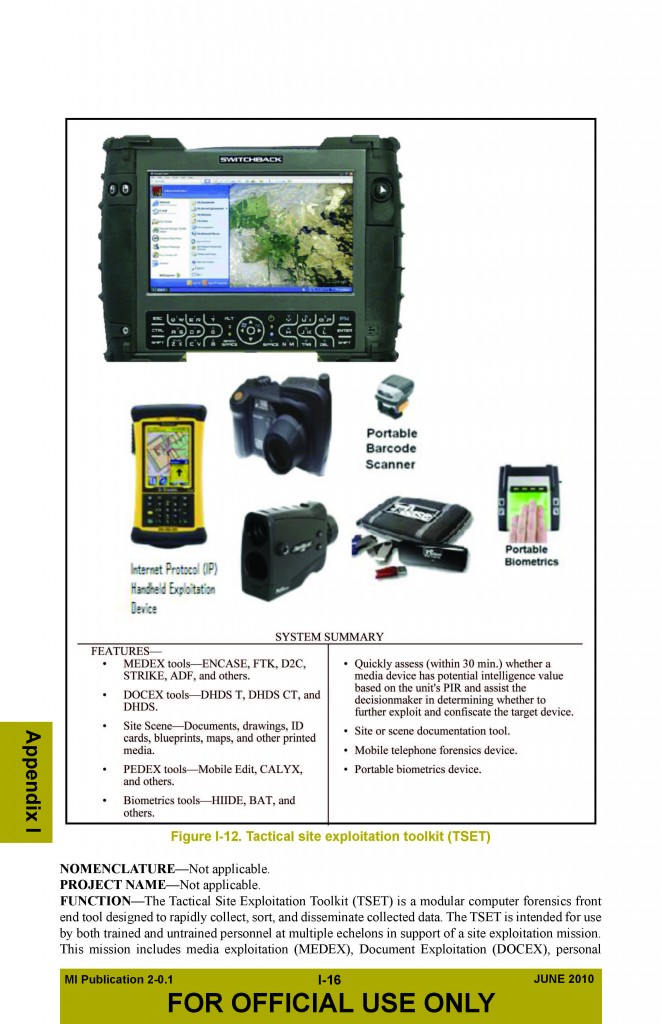 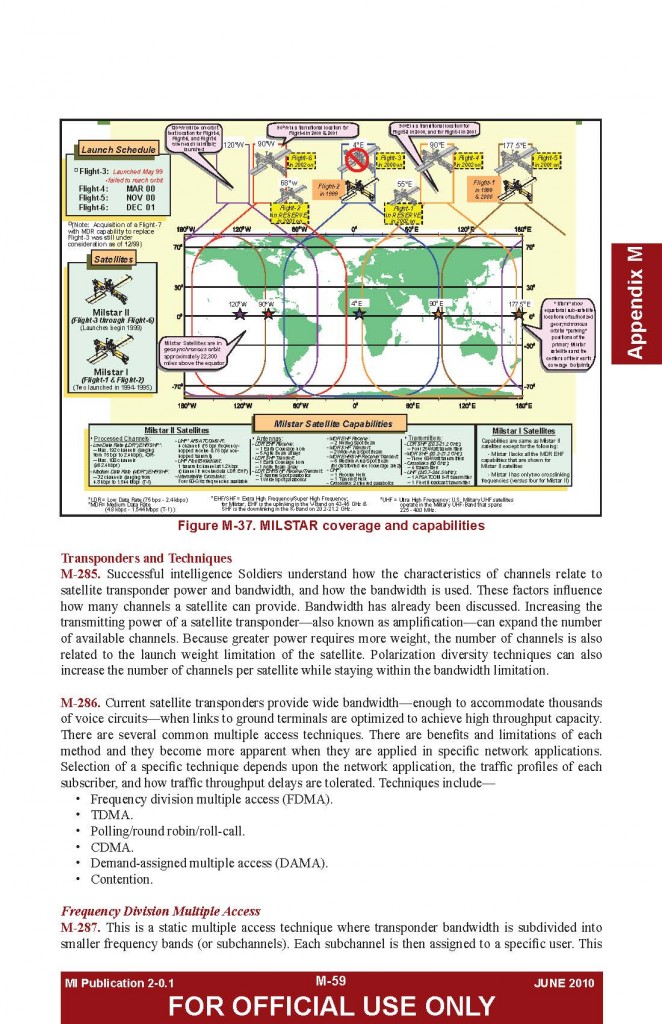