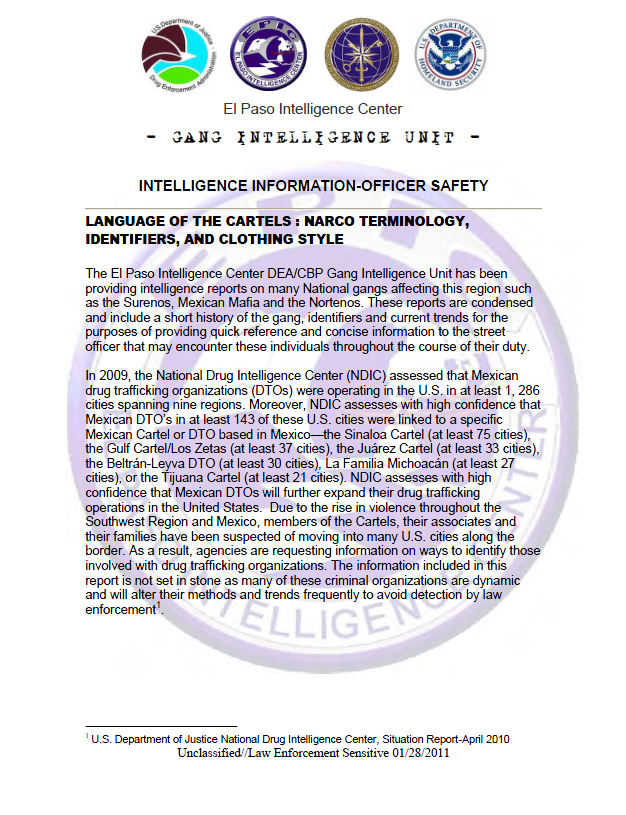 LANGUAGE OF THE CARTELS : NARCO TERMINOLOGY, IDENTIFIERS, AND CLOTHING STYLE

The El Paso Intelligence Center DEA/CBP Gang Intelligence Unit has been providing intelligence reports on many National gangs affecting this region such as the Surenos, Mexican Mafia and the Nortenos. These reports are condensed and include a short history of the gang, identifiers and current trends for the purposes of providing quick reference and concise information to the street officer that may encounter these individuals throughout the course of their duty. 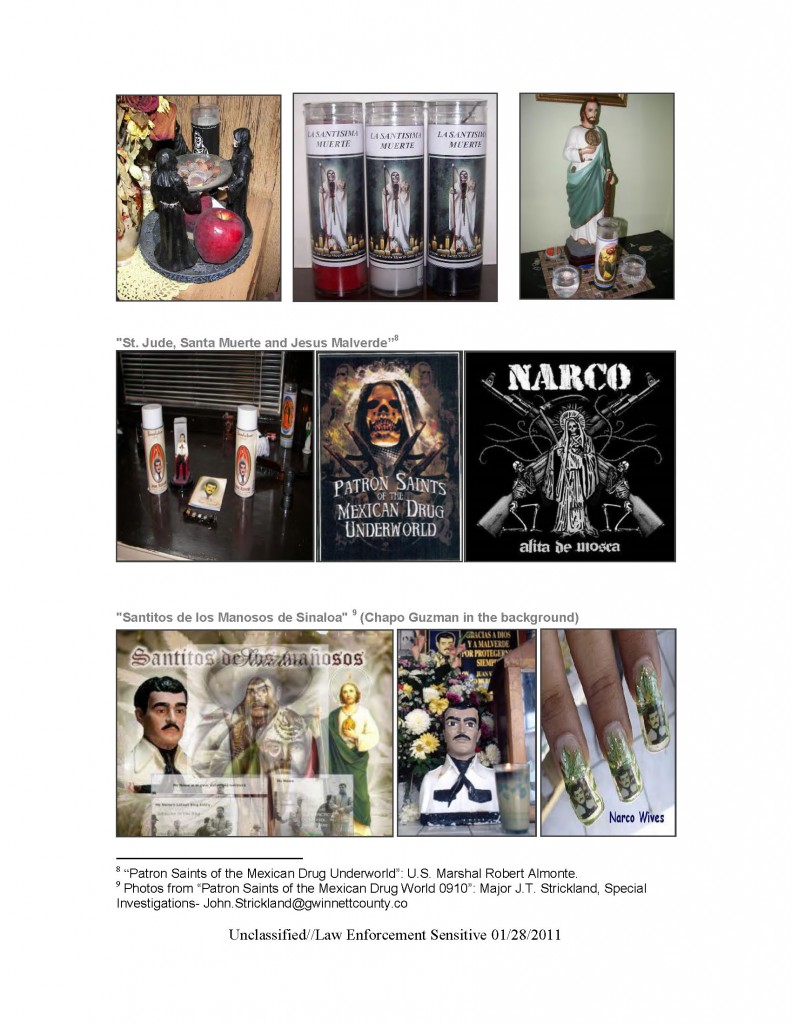