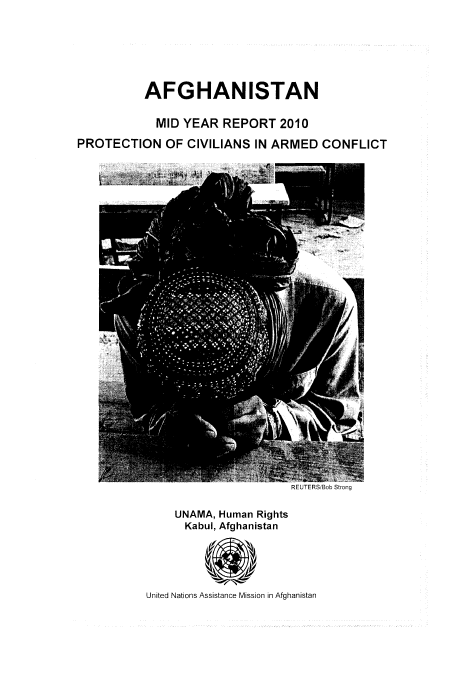 UNAMA Human Rights (HR) highlights two critical developments that increased harm to
civilians in 2010. First, the number of civilians assassinated and executed by AGEs rose
dramatically and second, AGEs used a greater number of larger and more sophisticated
improvised explosive devices (IEDs) throughout the country. The devastating human
impact of these tactics underscores that nine years into the conflict, measures to protect
Afghan civilians effectively and to minimize the impact of the conflict on basic human
rights are more urgent than ever.

As civilian casualties rose in the first half of 2010, women and children made up a
greater proportion of those killed and injured than in 2009. Women and children
experienced an extreme lack of protection in conflict-affected areas along with
widespread violation of their basic human rights. From January to June 2010, women
casualties increased by six per cent and child casualties leapt by 55 per cent from 2009.
UNAMA HR found that 120 women were killed and 151 injured while 176 children were
killed and 389 injured as result of the armed conflict. IEDs and suicide attacks by AGEs
caused the most women and children casualties in the first half of 2010. 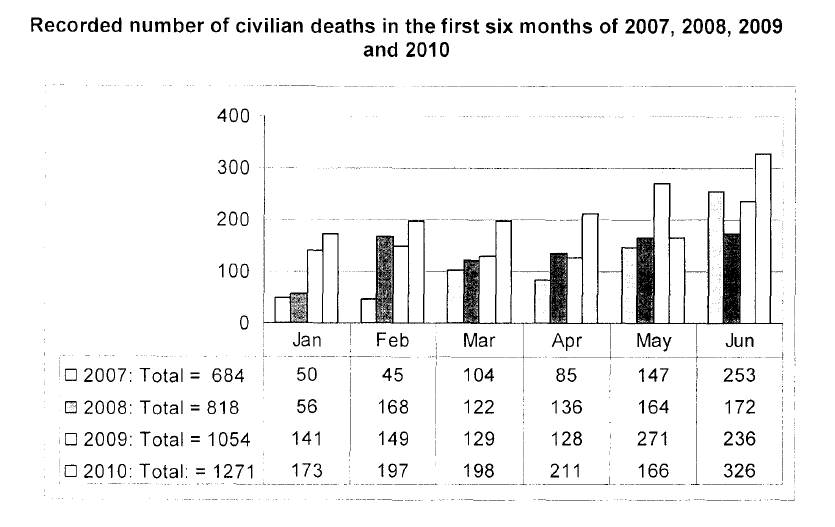