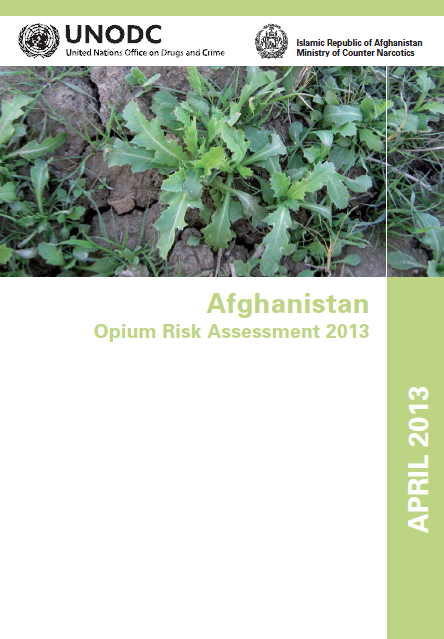 In 2013, the Opium Risk Assessment was carried out in two phases similar to the year before. The first phase was implemented between December 2012 and January 2013 and covered the Central, Eastern, Southern and Western region, where opium was sown in fall 2012.

The second phase took place in February-March 2013 and covered the Northern and North-eastern regions, where opium poppy is mainly cultivated in spring. This report presents the findings of both phases. According to the 2013 Opium Risk Assessment increases in poppy cultivation are expected in most regions and in the main poppy-growing provinces.

The Risk Assessment 2013 indicated that a strong association between insecurity, lack of agricultural assistance and opium cultivation continues to exist. Villages with a low level of security and those which had not received agricultural assistance in the previous year were significantly more likely to grow poppy in 2013 than villages with good security and those, which had received assistance. Similarly, villages which had been reached by anti-poppy awareness campaigns were significantly less likely to grow poppy in 2013.

The findings of the 2013 Opium Risk Assessment in the Southern, Eastern, Western and Central regions points to a worrying situation. The assessment suggests that poppy cultivation is not only expected to expand in areas where it already existed in 2012, e.g. in the area north of the Boghra canal in Hilmand province or in Bawka district in Farah province but also in new areas or in areas where poppy cultivation was stopped. In eastern Afghanistan, in Nangarhar province, farmers resumed cultivation even in districts where poppy has not been present for the last four years. In the Northern and Northeastern region, the provinces of Balkh and Takhar which were poppy-free for many years are at risk of resuming poppy cultivation.

On a more positive note, some provinces with a low level of poppy cultivation, namely Ghor, Kabul, Kapisa, Hirat Zabul and Baghlan may gain poppy-free status in 2013 if effective eradication is implemented on time. 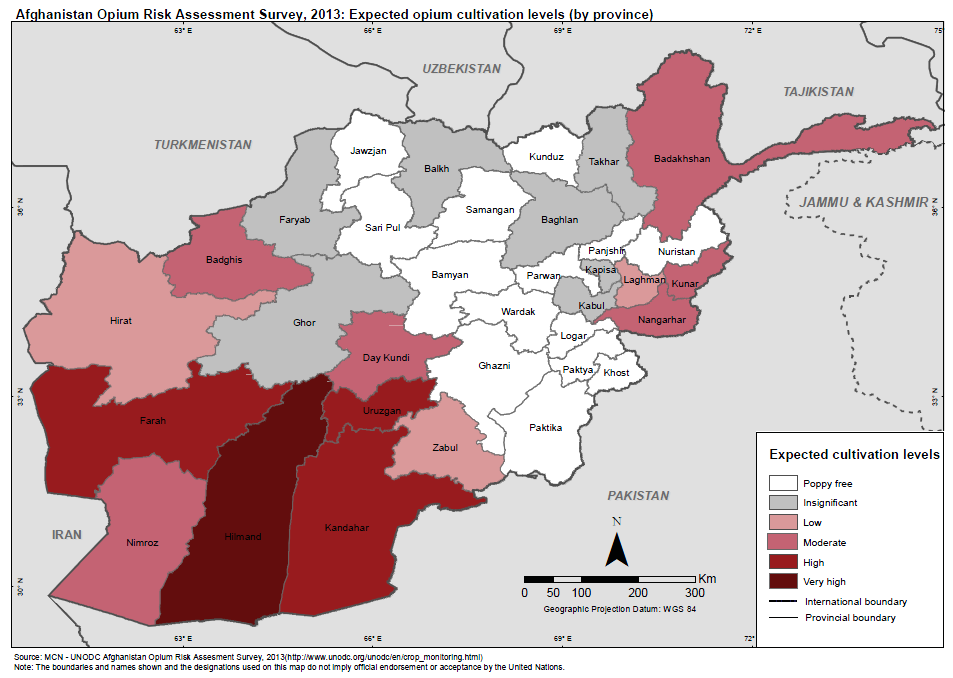