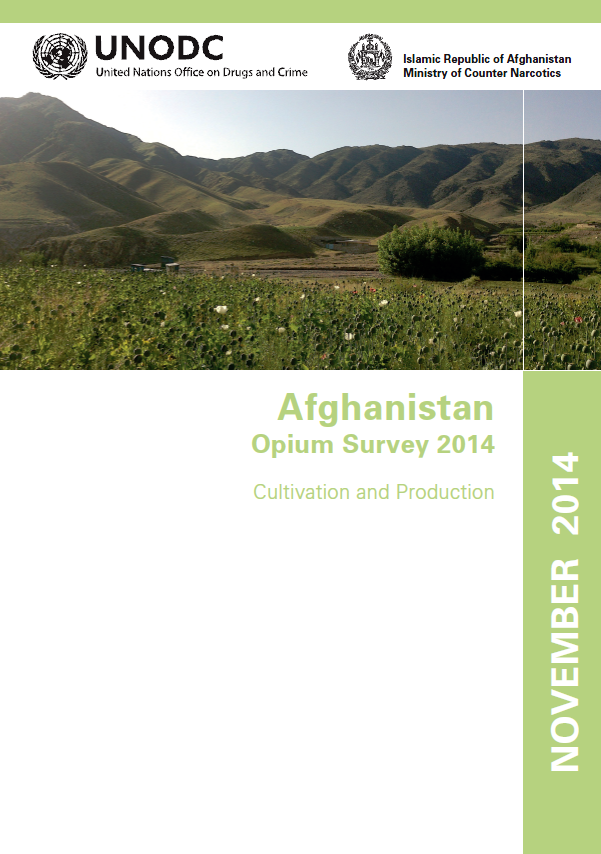 The opium survey is implemented within the technical framework of the UNODC Illicit Crop Monitoring Programme (ICMP). The objective of ICMP is to assist the international community in monitoring the extent and evolution of illicit crops in the context of the Plan of Action adopted by the United Nations (the 53rd session of the Commission on Narcotic Drugs in March 2009). Under ICMP, monitoring activities currently supported by UNODC also exist in other countries affected by illicit crop cultivation: in Asia, Myanmar and the Lao People’s Democratic Republic; in Latin America, the Plurinational State of Bolivia, Colombia, Ecuador, Mexico and Peru; in Africa, Nigeria.

The Afghanistan Opium Survey 2014 was implemented under project AFG/F98, “Monitoring of Opium Production in Afghanistan”, with financial contributions from the Governments of Germany, Norway, the United Kingdom of Great Britain and Northern Ireland, and the United States of America.

In 2014, 98% of total opium cultivation in Afghanistan took place in the Southern, Eastern and Western regions of the country: in the Southern region, 67% was concentrated in Day Kundi, Hilmand, Kandahar, Uruzgan and Zabul provinces; in the Western region, 22% was concentrated in Badghis, Farah, Hirat and Nimroz provinces; in the Eastern region, 9% was concentrated in Nangarhar, Kunar, Laghman and Kapisa provinces. These are the most insecure provinces, with a security risk classified as “high” or “extreme” by the United Nations Department of Safety and Security (UNDSS), and they are mostly inaccessible to the United Nations and NGOs. Day Kundi is the only province in the South where security is generally good, with the exception of Kejran district. 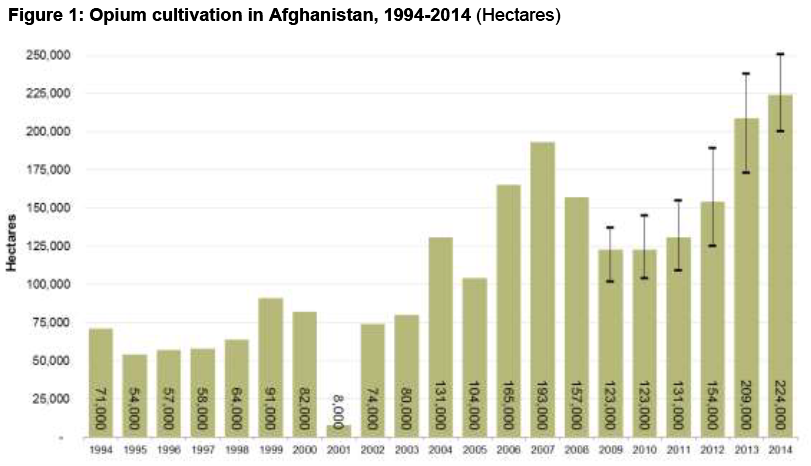