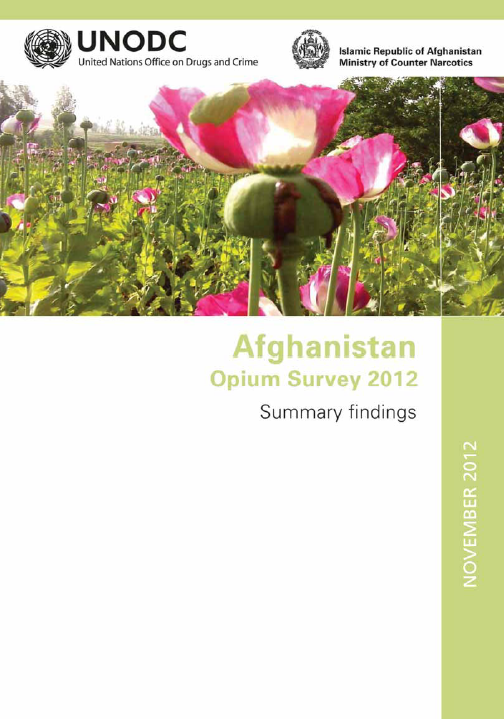 While that represents a 18% increase in cultivation, potential opium production was estimated at 3,700 tons (2,800 – 4,200 tons) in 2012, a 36% decrease from the previous year. This was due to a decrease in opium yield caused by a combination of a disease of the opium poppy and adverse weather conditions, particularly in the Eastern, Western and Southern regions of the country.

The high level of opium prices reported in 2011 was one of the principal factors that led to the increase in opium poppy cultivation in 2012. However, while opium prices remained high during 2012 there was some decline in all regions of the country, though differences between regions became more and more pronounced.

The vast majority (95%) of total cultivation took place in nine provinces in Afghanistan’s Southern and Western regions,6 which include the most insecure provinces in the country. Opium cultivation increased in most of the main opium poppy-growing provinces, including Farah, Nangarhar, Badghis and Nimroz, whereas cultivation remained stable in Uruzgan and decreased by 11% in Kandahar, the second most important poppycultivating province between 2009 and 2011.

Opium cultivation rose by 19% in Hilmand which, with 75,176 hectares or 49% of total opium cultivation in 2012, remained the largest opium-cultivating province in Afghanistan. However, a separate estimate was also available for the Hilmand “Food Zone” alternative livelihood project 8 , which showed that relatively less poppy is cultivated within the food zone than outside it. 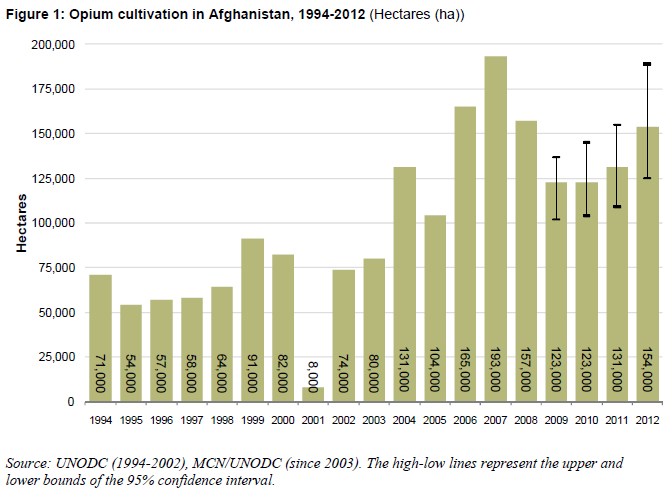 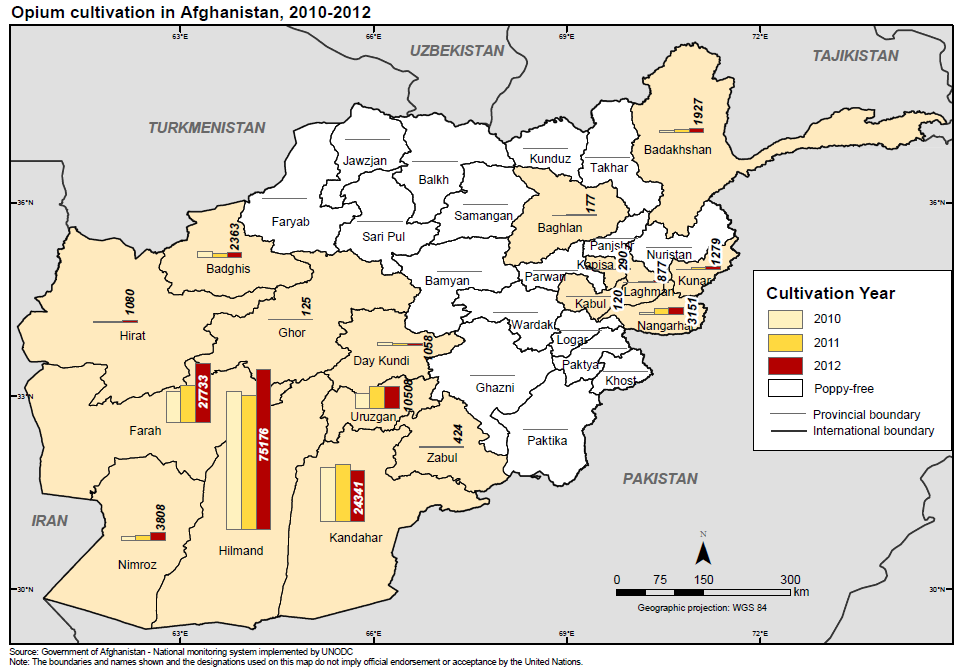