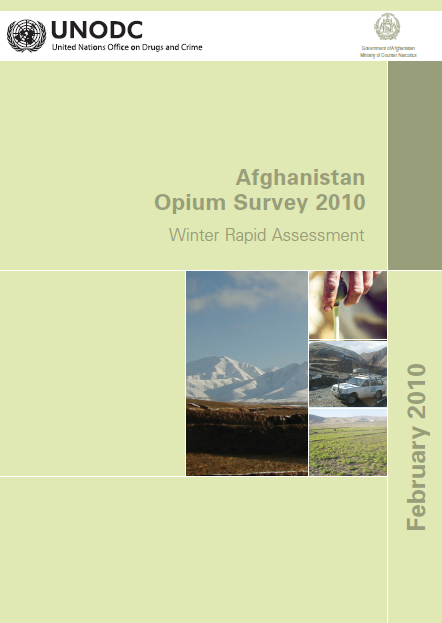 After a major drop in opium cultivation (one third) over the past two years, UNODC projects a stable crop in Afghanistan in 2010.

The majority of the 20 Afghan provinces that were poppy-free in 2009 will remain so this year. Yet, three provinces (Baghlan, Faryab and Sari Pul, all in the north) risk showing the beginning of a trend reversal, with a minimal increase in cultivation in the districts with higher insecurity. Five other provinces (Kunar, Nangarhar, Kabul, Laghman and Badakhshan), not poppy-free so far, are also expected to have negligible amounts of poppies.

All considered, with appropriate local community-inspired measures – such as shura-driven
campaigns, governor-led eradication, and development assistance – up to 25 Afghan provinces
could become poppy-free in 2010. Further progress in the reduction of drug cultivation (hectares)
in Afghanistan is within reach.

Against the recent trend of ever higher productivity in the country-side, agricultural conditions in
Afghanistan are expected to deteriorate in 2010, because of bad weather. Lower opium yields
should also reduce the volume (tons) of opium produced, continuing the decline that has
characterized the past three years.

Why is all this happening? Since 2007 market forces have played a major role in influencing
farmers’ decisions against opium cultivation. This is under threat as the price of licit crops
(especially wheat at -43%) is falling faster than that of (dry) opium (-6%). Yet the reversal is not
imminent: in the south-west, where most of the opium is grown, a quarter of farmers cited low
prices and low yields as the main reasons for not growing opium this year.

Relative price trends are only part of the story. Good governance and control of the territory are
vital factors to uphold the law. In the more stable (north-western) provinces most farmers (61%)
refrained from growing opium in 2010 “because it is illegal”. This figure is significantly lower
(39%) in the south-west where “governance is poorer and insecurity higher”. Actually, the
strongest correlation is between insurgency and cultivation. The survey indicates that almost 80%
of villages with very poor security conditions grew poppy, while opium only grows in 7% of
villages unaffected by violence.

As stated by President Karzai at the London Conference, the Afghan authorities must show
leadership and ownership to wean Afghanistan’s farmers off the world’s deadliest drug. While it is
essential to tackle the problem where it is most acute (in the south), particular attention should be
given to the eight swing provinces that are on the verge of becoming poppy -free. This would turn
the recent improvement (2008-09) into a sustainable longer term trend.﻿ 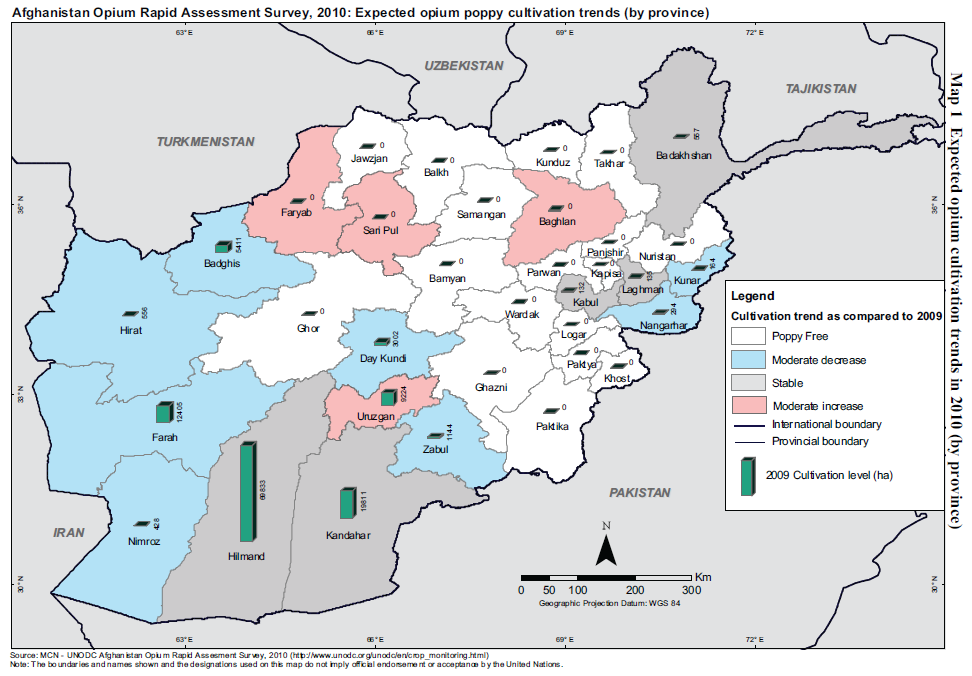 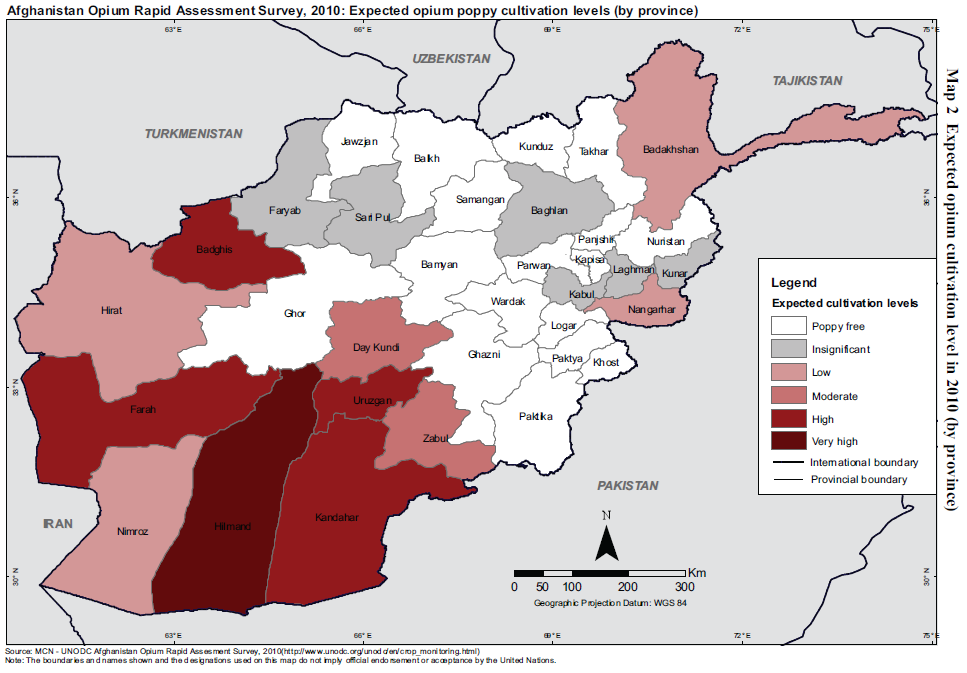 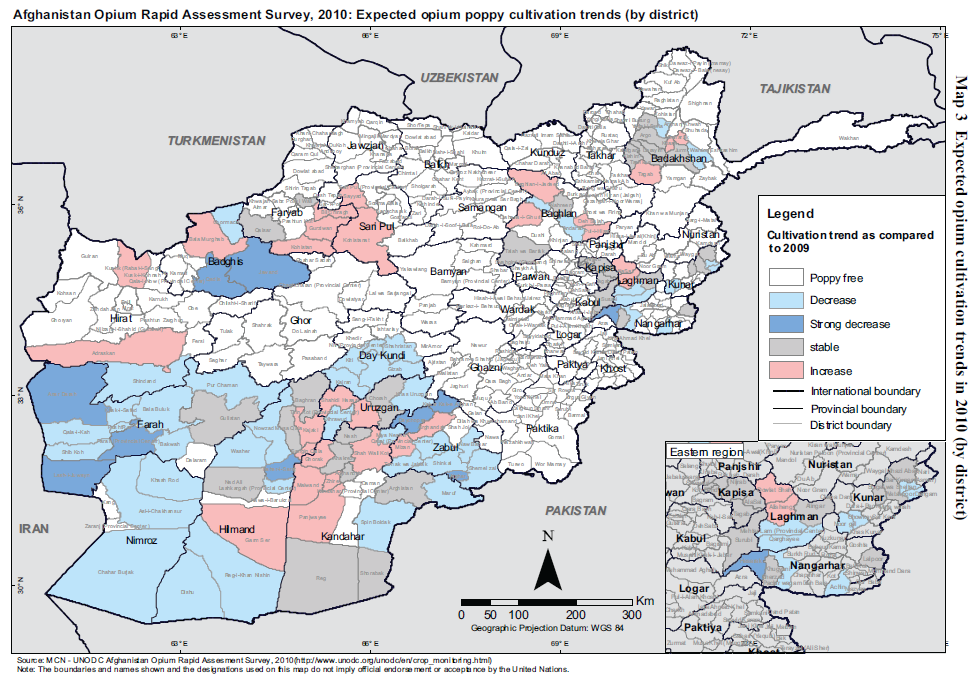