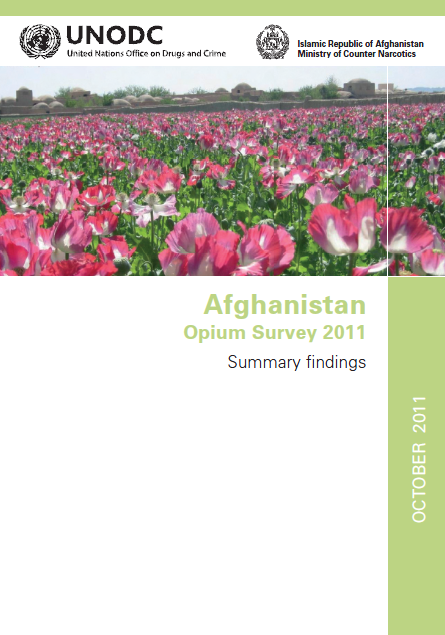 The total area under opium poppy cultivation in Afghanistan in 2011 was estimated at 131,000 hectares (ha), a 7% increase compared to 2010. 95% of total cultivation took place in nine provinces in the Southern and Western regions, which include the most insecure provinces in the country. This confirms the link between insecurity and opium cultivation observed since 2007.

The number of poppy-free provinces decreased from 20 in 2010 to 17 in 2011 as Baghlan and Faryab provinces in the Northern region and Kapisa province in the Eastern region lost their poppy-free status.

Potential opium production in 2011 was estimated at 5,800 mt, a 61% increase compared to 2010, when opium yields were much reduced due to plant diseases. 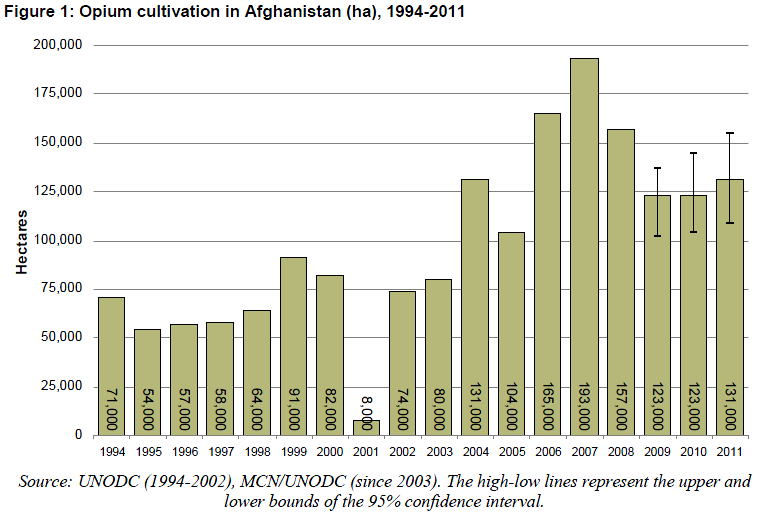 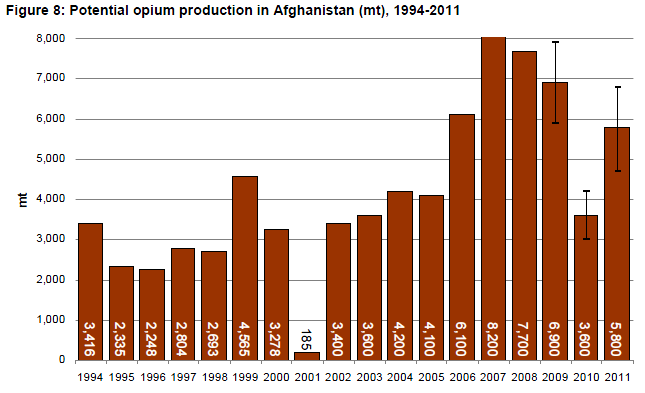 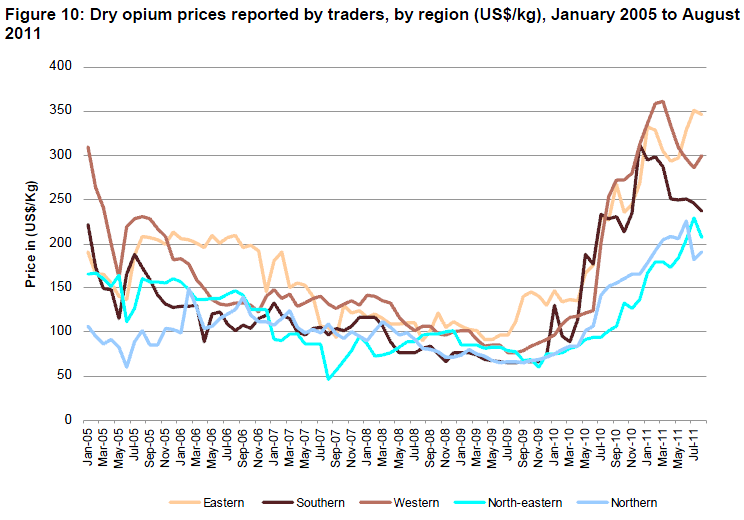