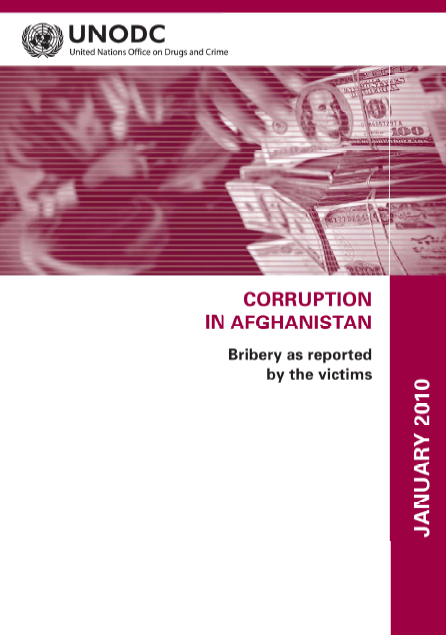 BRIBERY AS REPORTED BY THE VICTIMS

In order to understand how devastating the impact of corruption can be on the lives of ordinary Afghan people, it is important to understand how challenging daily life is in this beautiful but troubled country.

Stability in Afghanistan – where it exists – is terribly fragile. Security is a daily concern for Afghan people, and even those living in more secure areas of the country face a fluid and volatile security situation that sees rapid changes, often for the worse. Central government control is  tenuous, especially in rural areas and parts of the country that are the scene of conflict with insurgents. Access to even the most basic of government services – health, education, electricity – is tenuous at best and often unavailable. Complicating matter exponentially is the extreme poverty of Afghanistan – a country struggling with some of the most daunting statistics in the world for literacy, maternal mortality, food security, and life expectancy. In this context, simply to survive from one day to the next is a terrible challenge for many people.

So why is corruption an issue of such importance in a context where millions of people struggle simply to feed, clothe, educate and protect their children? Corruption is of critical importance in Afghanistan because it is an obstacle to people being able to feed, clothe, educate and protect their children. As this survey describes, encounters with corruption are so pervasive in the lives of Afghan people – at both rural and urban levels – that corruption may literally determine whether parents can afford food and clothing, whether a child is admitted to school, and whether a family can enjoy the protection of law enforcement actors. 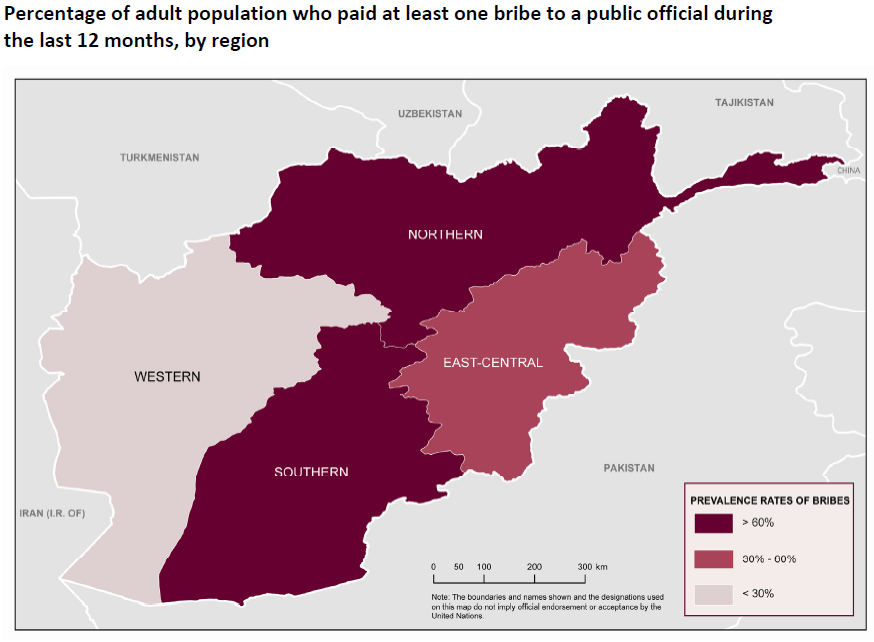