The following survey was released by the United Nations Office on Drugs and Crime on December 18, 2013. 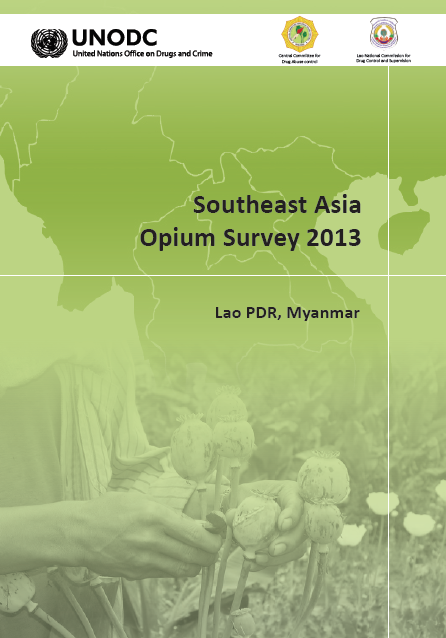 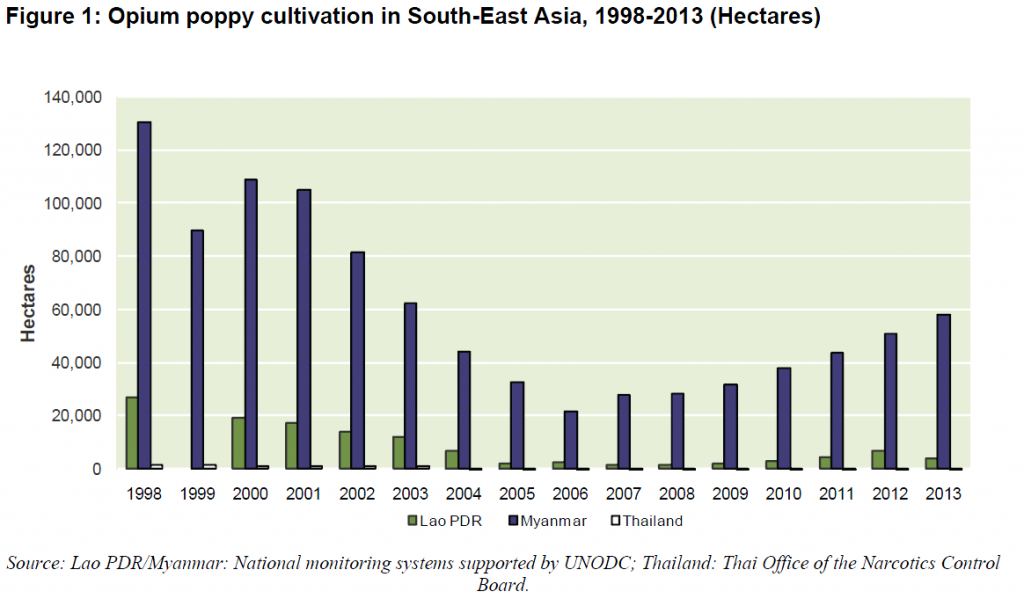 Myanmar remained the second largest opium poppy grower in the world after Afghanistan in 2013, with Lao PDR accounting for only a very small proportion of the global total. 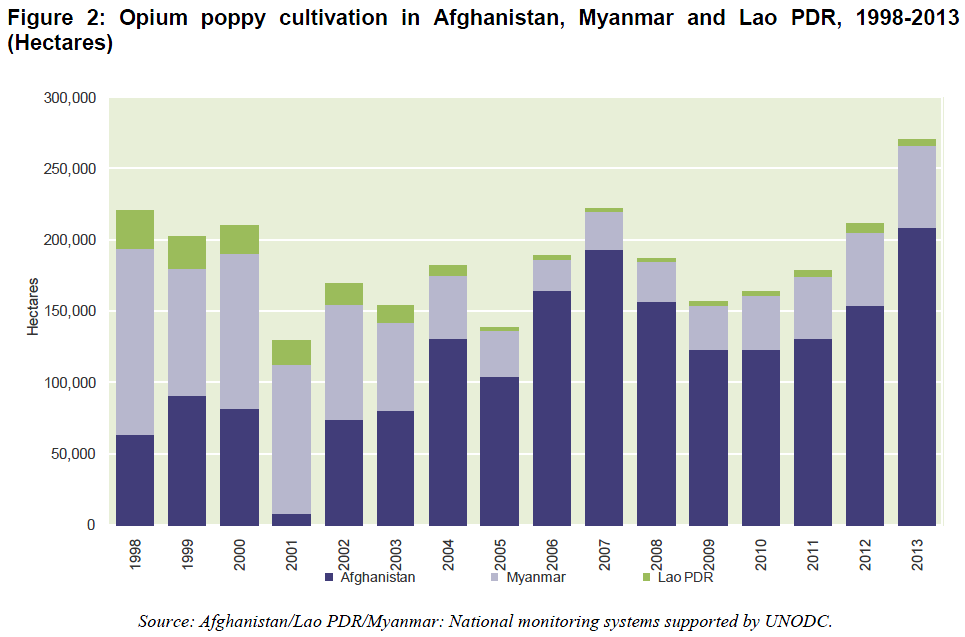 While the area under poppy cultivation in Myanmar increased by 13% in 2013, the number of households growing poppy remained roughly the same, as farmers on average dedicated a larger portion of their land to poppy cultivation than in 2012. The average area of poppy per opium growing household more than doubled from 0.17 hectares in 2002/2003 to 0.43 hectares in 2013. This implies a larger dependency of those households on opium.

Furthermore, the Myanmar survey found that many households not only earn income from the cultivation of opium poppy on their own land, but also by labouring in the poppy fields of other farmers. Alternative development projects thus need to address both of these groups, as a reduction in poppy cultivation for many households means the loss of an opportunity to generate income from poppy-related wage labour.

In Lao PDR, no socio-economic survey of poppy-growing villages was conducted in recent years. The data from the helicopter flights and satellite image analysis indicated that poppy cultivation continued to be a phenomenon linked to villages in peripheral, difficult to access locations, far from population and market centres.

Risks and opportunities associated with different income patterns in poppy-growing and non-poppy-growing villages need to be investigated in more detail in Myanmar but also in Lao PDR to understand how livelihood risks can be reduced and the resilience of households can be improved in the context of efforts to contain and reduce households’ dependence on poppy cultivation.