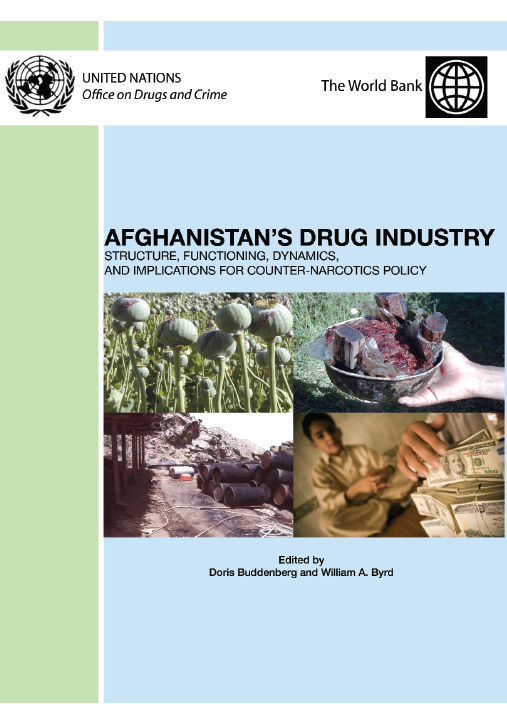 The magnitude and importance of Afghanistan’s opium economy are virtually unprecedented and unique in global experience —it has been roughly estimated as equivalent to 36% of licit (i.e. non-drug) GDP in 2004/05, or if drugs are also included in the denominator, 27% of total drug-inclusive GDP (see Chapter 2). The sheer size and illicit nature of the opium economy mean that not surprisingly, it infiltrates and seriously affects  Afghanistan’s economy, state, society, and politics. It generates large amounts of effective demand in the economy, provides incomes and employment including in rural areas (even though most of the final “value” from Afghan opium accrues outside the country), and supports the balance of payments and indirectly (through Customs duties on drug-financed imports) government revenues. The opium economy by all accounts is a massive source of corruption and undermines public institutions especially in (but not limited to) the security and justice sectors. There are worrying signs of infiltration by the drug industry into higher levels of government and into the emergent politics of the country. Thus it is widely considered to be one of the greatest threats to state-building, reconstruction, and development in Afghanistan.

UNODC’s (United Nations Office on Drugs And Crime) regular surveys, extensive data, and its 2003 comprehensive report (UNODC, 2003) provide invaluable insights into the overall size and characteristics of the opium economy, and much good fieldwork has been done at the rural household level.2 There have also been general overviews like Ward and Byrd (2004). But the opium economy beyond the rural farm and household level remains very under-explored and under-researched, despite its obvious importance for Afghanistan’s security, governance, and development agenda. As a result, counter-narcotics policies and actions have had to cope with a limited evidence base, further increasing the risk of mistakes in addressing what is an enormously complex and difficult problem in the first place.

This volume, a joint effort edited by UNODC and World Bank staff and including work by a number of contributors, constitutes a first attempt to remedy this situation— by broadening the analysis of Afghanistan’s opium economy to encompass, in addition to the rural farm/household level: opium trading, price patterns and pricing behavior, the drugs/informal financial transfer (hawala) nexus, the organized crime perspective, and macroeconomic dimensions. While it aspires to greater comprehensiveness, this is not at the expense of depth of coverage, as most of the research presented in the volume is based on newly-gathered primary data from fieldwork, or in-depth technical analysis of available information. However, while it is beginning to put together the pieces of the jigsaw puzzle— or in other words to fill in the overall picture of the opium economy in Afghanistan— this volume’s findings and conclusions must be considered preliminary, subject to further verification, adjustment, or correction through additional research. 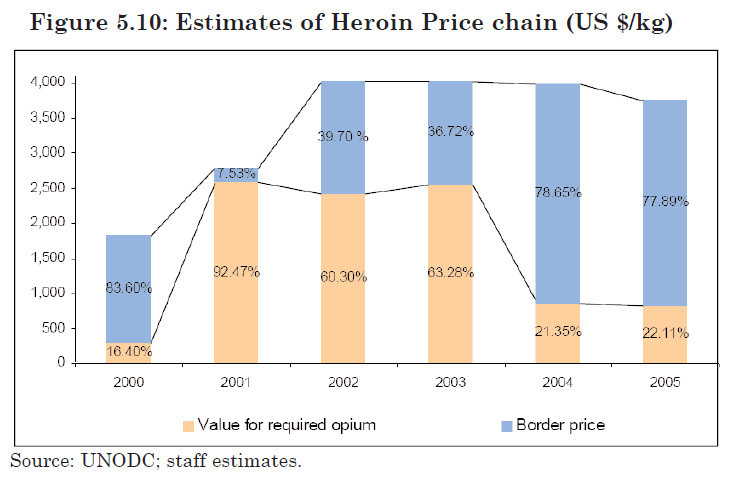