The following publication supersedes a prior version from January 2015. 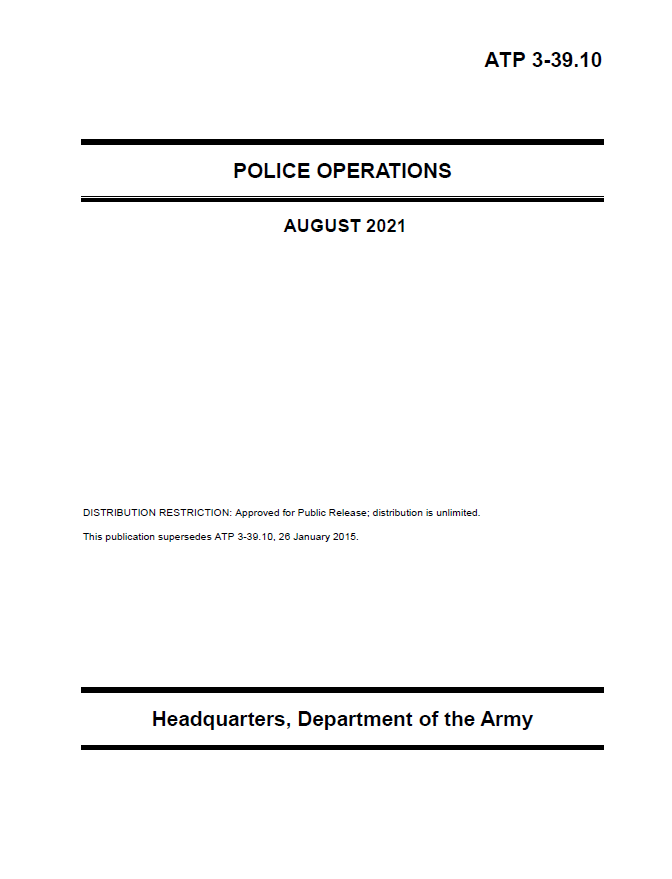 Beyond support to bases and base camps, the requirement for military police capabilities in training and supporting HN police is the most visible and resource-intensive police operations activity. Additionally, maneuver commanders recognize several key law enforcement enablers that greatly enhance and contribute to mission success, including—

Military police capabilities are invaluable to the maneuver commander whether conducting law enforcement activities in support of bases and base camps, supporting protection requirements, maintaining and restoring order in an effort to stabilize an AO, providing training and support to HN police, controlling populations, or supporting humanitarian relief operations. No other U.S military force is as uniquely resourced, trained, and organized to provide policing capabilities in support of the Army and its joint partners. 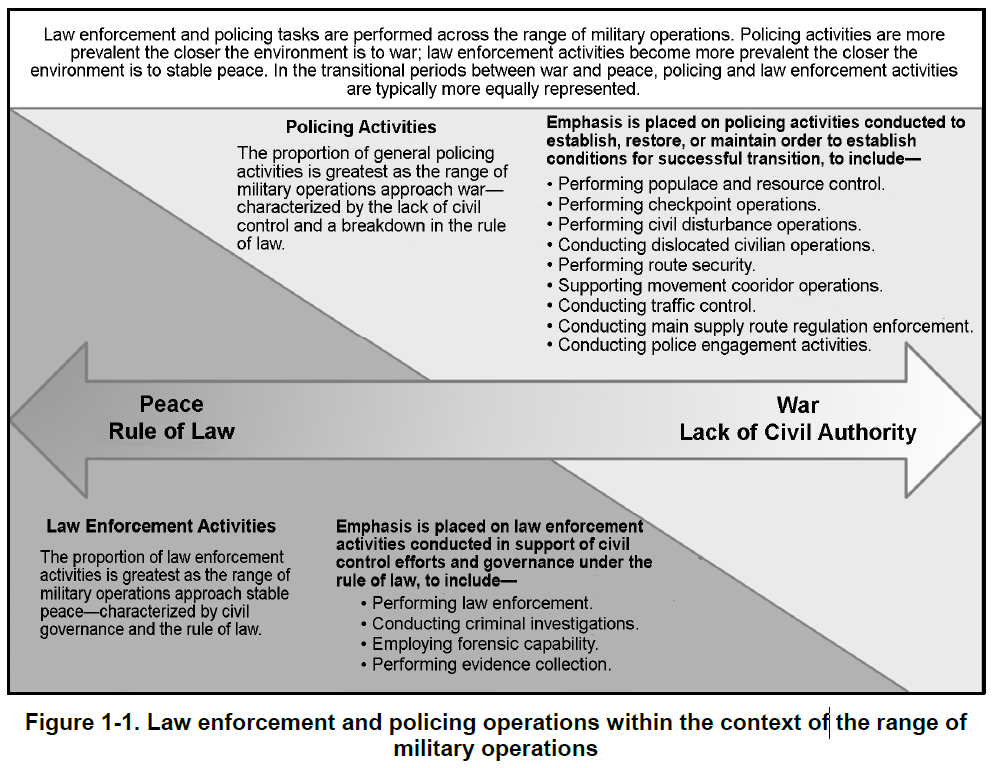