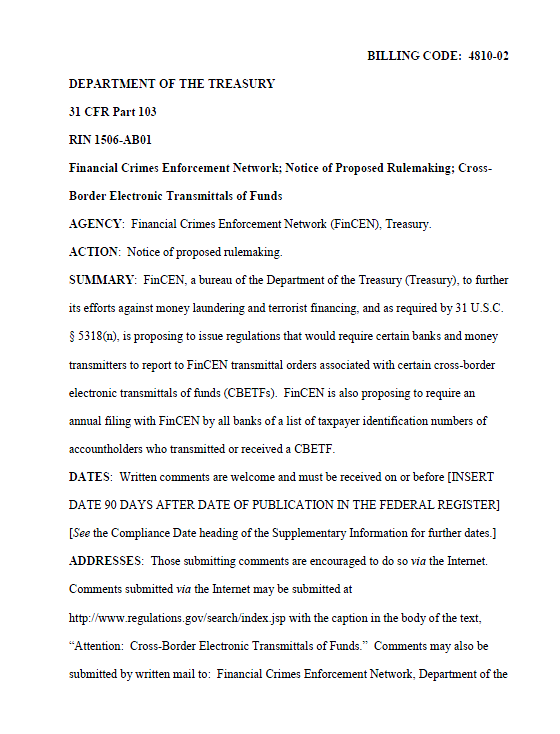 FinCEN, a bureau of the Department of the Treasury (Treasury), to further its efforts against money laundering and terrorist financing, and as required by 31 U.S.C. § 5318(n), is proposing to issue regulations that would require certain banks and money transmitters to report to FinCEN transmittal orders associated with certain cross-border electronic transmittals of funds (CBETFs). FinCEN is also proposing to require an annual filing with FinCEN by all banks of a list of taxpayer identification numbers of accountholders who transmitted or received a CBETF. 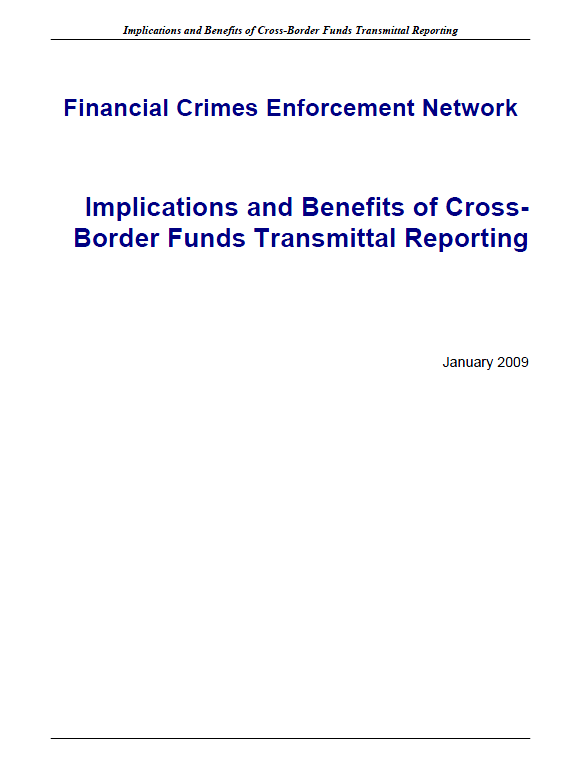 Under current FinCEN regulation, 31 C.F.R. § 103.33 (the “recordkeeping rule”), financial institutions are generally required to collect and retain records of certain specified data regarding funds transfers they process of $3,000 or more. Because the recordkeeping rule does not distinguish between domestic and international funds transfers, financial institutions must make and maintain records on all transmittals of at least $3,000. Further, the rule states that while institutions need not retain the information in any particular manner, their records must be in a format that is retrievable. The recordkeeping rule does not require financial institutions to report to the Financial Crimes Enforcement Network (FinCEN) the information they maintain, but only requires that the data be available upon request to FinCEN, to law enforcement, and to regulators to whom FinCEN has delegated Bank Secrecy Act (BSA) compliance examination authority through the examination process.

In January 2007, FinCEN released a report on the Feasibility of a Cross-Border Electronic Funds Transfer Reporting System under the Bank Secrecy Act (BSA), hereafter referred to as “The Feasibility Study.” The Feasibility Study concluded that the collection of Cross-Border Funds Transmittal (CBFT) data would be feasible. However, at the time, it was also determined that further analysis would be needed to assess the implications of CBFT reporting to the financial industry and the benefits to law enforcement. 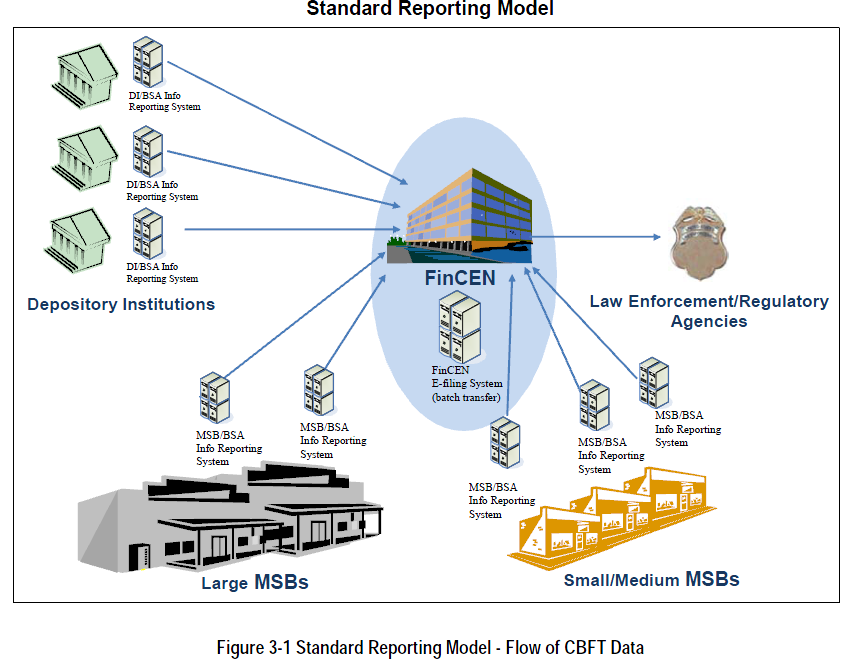 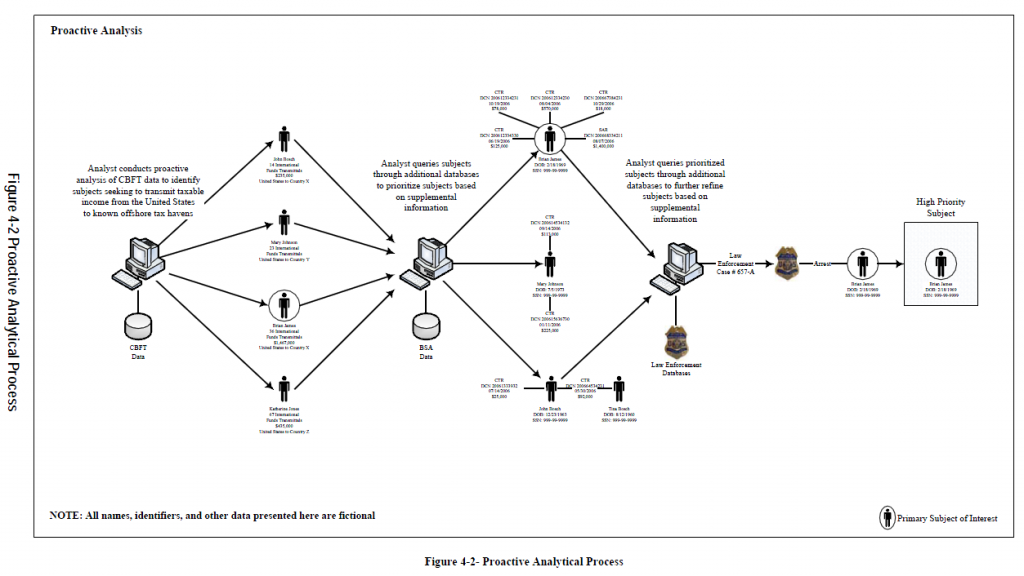 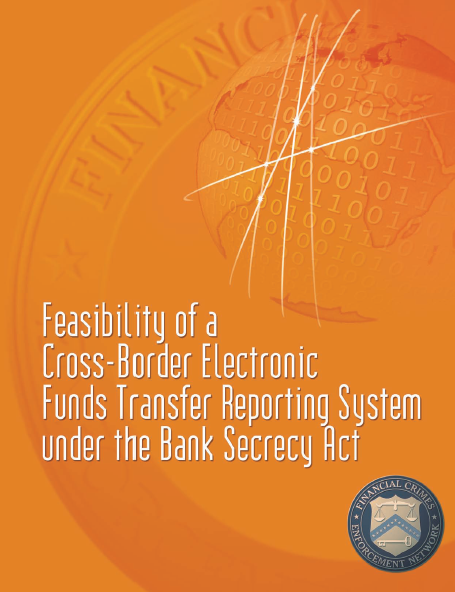 We propose an incremental development and implementation process. If the concerns noted above or any as-yet unidentified issues would impede the project or cause it to be infeasible, this incremental approach provides the opportunity to alter or halt the effort before FinCEN or the U.S. financial services industry incurs significant costs. As discussed in greater detail in this Report, the first phase in this project will comprise:

Engaging with partners in the law enforcement, regulatory and intelligence communities to develop detailed user requirements to meet the most central needs of those who access BSA data.

Engaging in a detailed discussion with representatives of the U.S. financial services industry, along with representatives of the major payment systems and members of the Canadian and Australian financial services industries. These discussions would focus on quantifying the cost the proposed requirement would impose on reporting institutions and the potential impact on the day-to-day operation of the payment systems.

Engaging outside support to obtain and analyze a sizable sample of cross-border funds transfer data and exploring means of extracting value from the data, and identifying means to effectively and intelligently use the data to advance efforts to combat money laundering and illicit finance.

Based on these efforts, FinCEN will create a development plan that incorporates a series of milestones and would permit pilot testing of different aspects of the reporting system. This incremental development approach will enable FinCEN to build the system in manageable stages and to test the system’s functionality at each stage before moving on to the next. 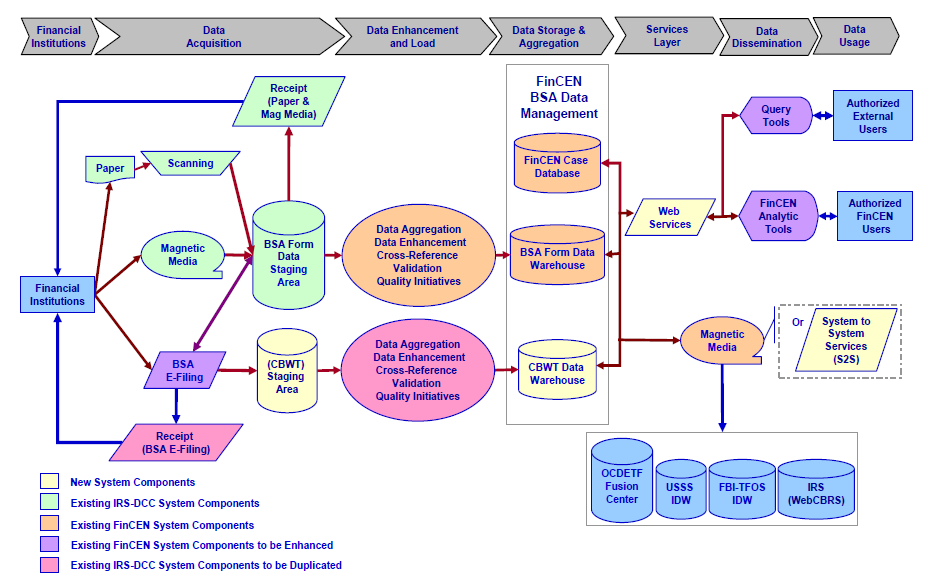