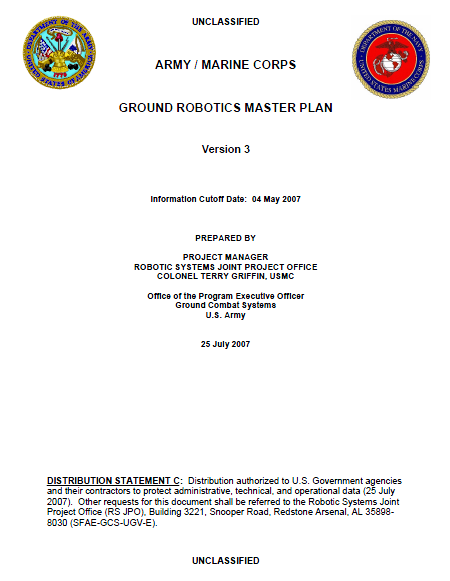 The PM RS JPO initiated development of an integrated GRMP in response to direction from senior Army and Marine Corps leadership in 2005. The GRMP is intended to provide Army and Marine Corps ground robotic stakeholders a common information resource document, as well as a comprehensive plan that links robotic S&T Projects and Acquisition/Contingency Programs to User Current Capability Gaps, Future Capability Gaps, and S&T Shortfalls. The pressing need for reliable ground robotic systems capable of detecting and warning of the presence of hidden improvised explosive devices (IEDs), chemical and biological agents, and related threats to ground troops employed by insurgents in combat zones greatly increases the importance of making every S&T dollar count toward filling critical User capability gaps. In addition, the GRMP provides decision makers a tool for making critical resource decisions.

The RS JPO has recognized from the beginning that development of the GRMP would be an evolutionary process because of the diversity and complexity of the task. For instance, many stakeholders are involved in Army/Marine Corps ground robotics, including Users, materiel developers, S&T developers, sustainers, and industry. A variety of missions are supported, including mine and area clearance, chemical/biological agent detection, surveillance and reconnaissance, area obscuration, force protection and direct fire/indirect fire, among numerous others. GRMP V3 moves the development process further along the evolutionary path.

Management of the development of and updates to the GRMP utilizes the management framework shown in Figure 2-1. The Maneuver, Maneuver Support and Combat Service Support CIPTs met in work sessions in Huntsville to develop inputs for Version 3 during the March 2007 conference. As was done for Version 2 in June 2006, each CIPT identified the Acquisition/Contingency Programs and S&T Projects that were applicable to User capability gaps within their mission area. The CIPTs then assessed and assigned criticality ratings to Acquisition/Contingency Programs and S&T Projects identified as applicable to User capability gaps. Applicability and criticality assessment data provide the basis for generation of the TATM Process and Tool Suite outputs shown in this updated GRMP V3. 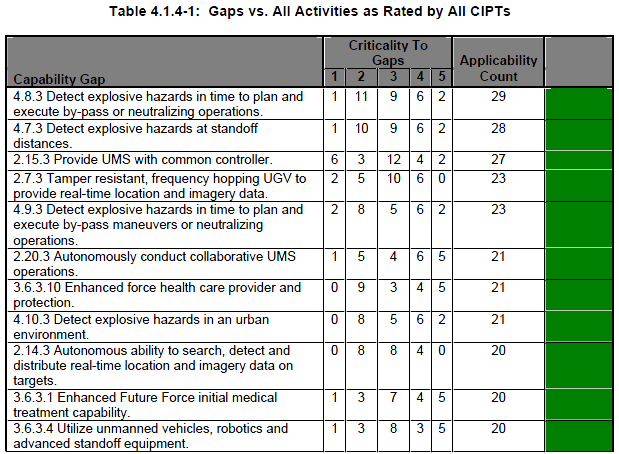 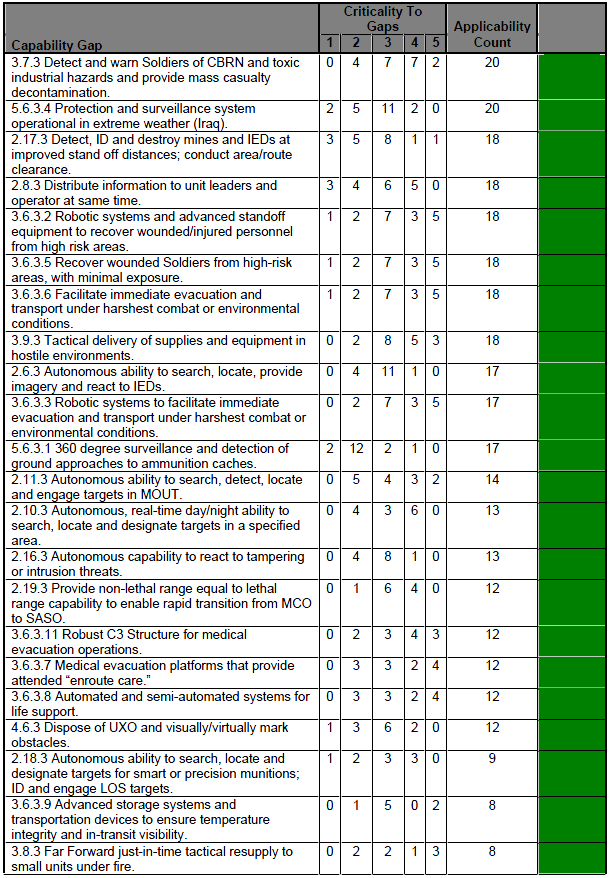