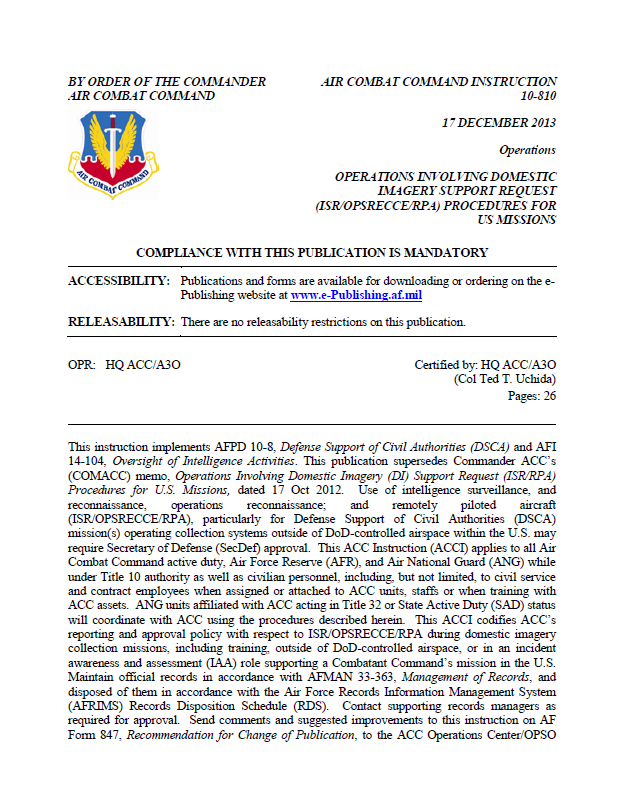 1. Purpose. Operations involving DI support using ISR/OPSRECCE/RPA involve a balancing of fundamental interests: conducting aircrew training in support of national security objectives and providing incident awareness and assessment support when requested while also protecting individual rights guaranteed by the Constitution and the laws of the U.S. The primary objective of the ACCI is to ensure that ACC units conducting DI missions within U.S. do not infringe on or violate the Constitutional or privacy rights of U.S. persons. Commanders, inspectors general, and judge advocates at all levels must be cognizant of DI policies. This is also consistent with AFI 14-104, which directs intelligence oversight (IO) requirements for Air Force flying operations.

2.1. DI is defined here as, “any imagery collected by airborne platforms that cover the land areas of the 50 states, the District of Columbia, and the U.S. Territories and possessions, to a 12 nautical mile (NM) seaward limit of these land areas.”

2.2. “DoD-controlled airspace” is defined as DoD-restricted or warning airspace, designated Military Operating Areas (MOAs) or Federal Aviation Administration (FAA)-designated low-level training routes. Imaging of surface objects located under the lateral confines of DoD-controlled airspace is permitted, to include, but not limited to, private property such as homes and vehicles and without prior consent IAW AFI 14-104, so long as there is no intent to target specific U.S. persons. 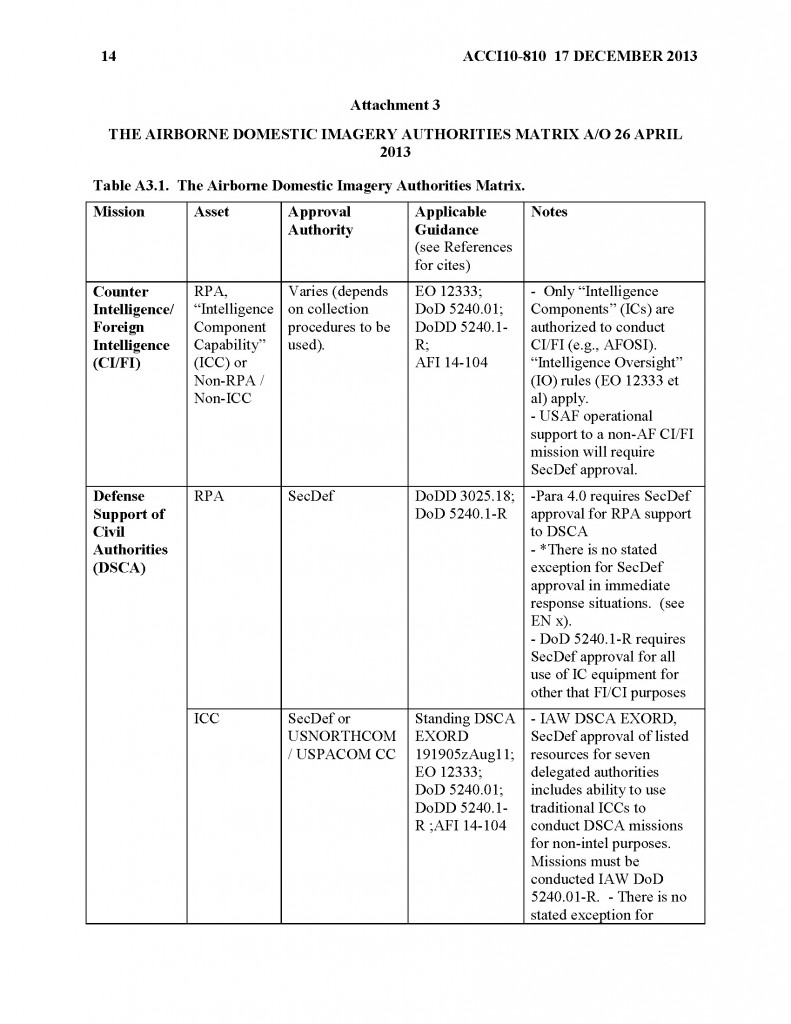 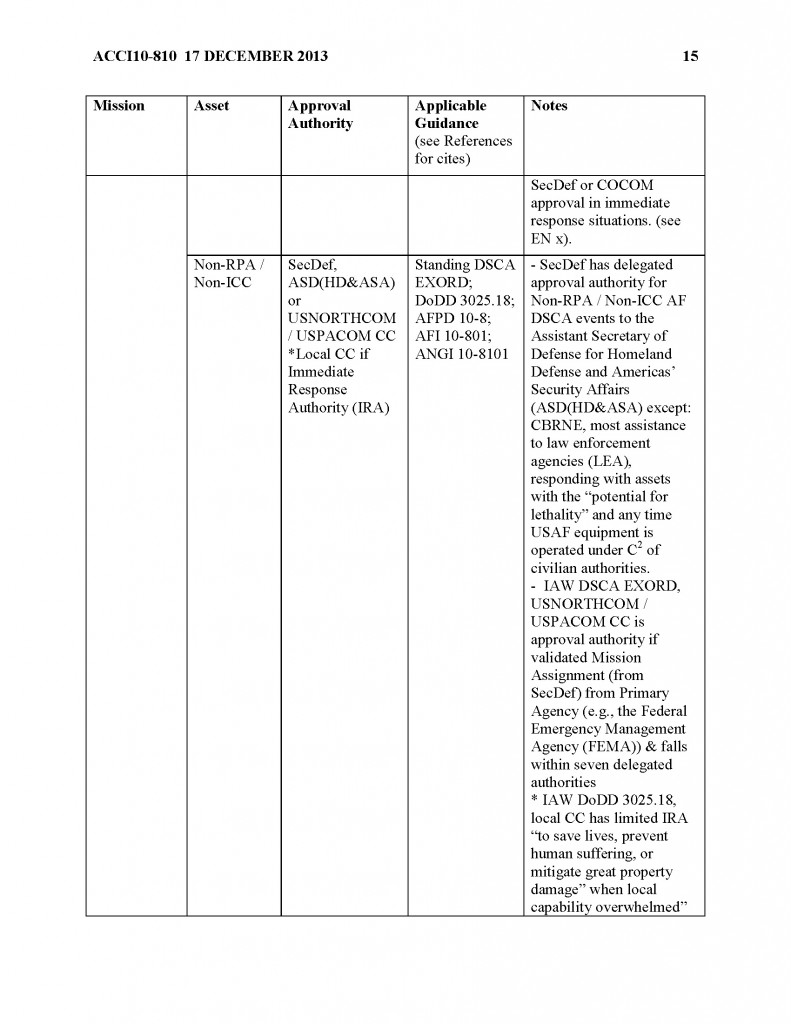 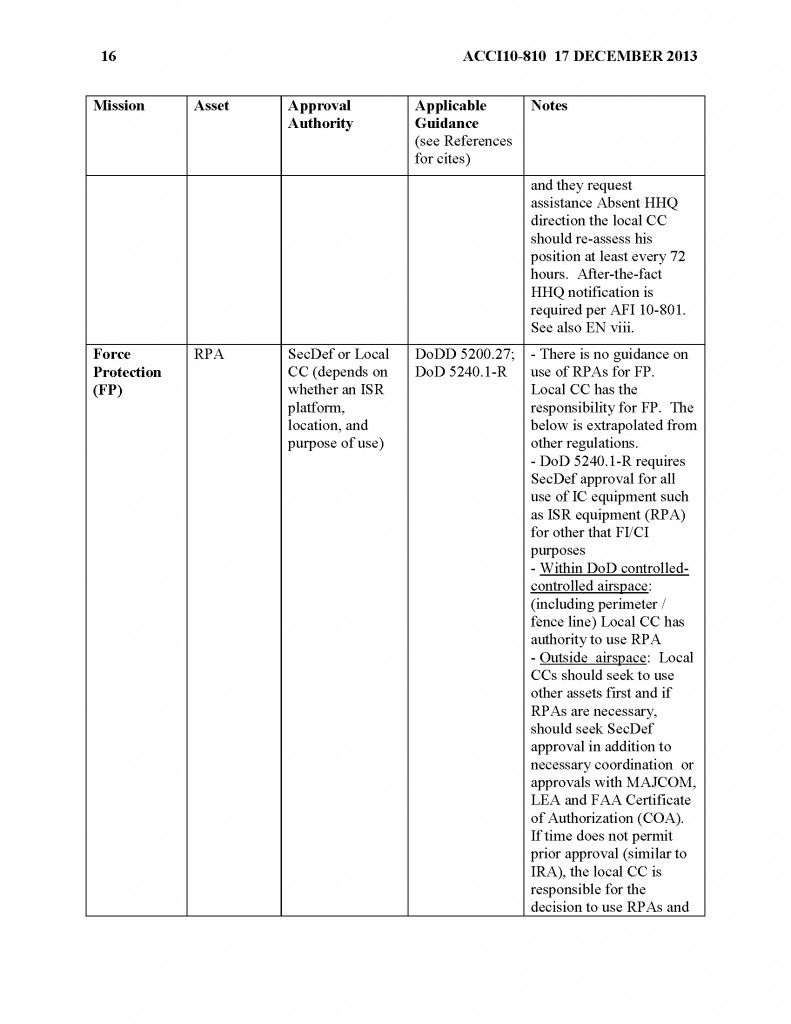 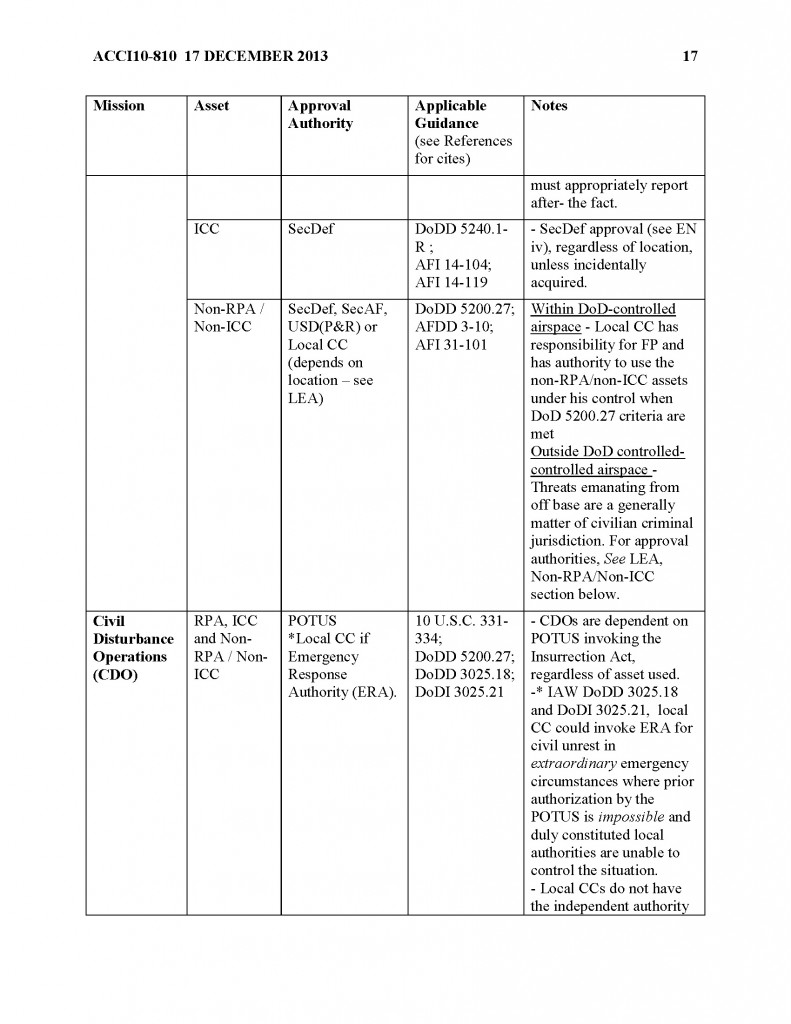 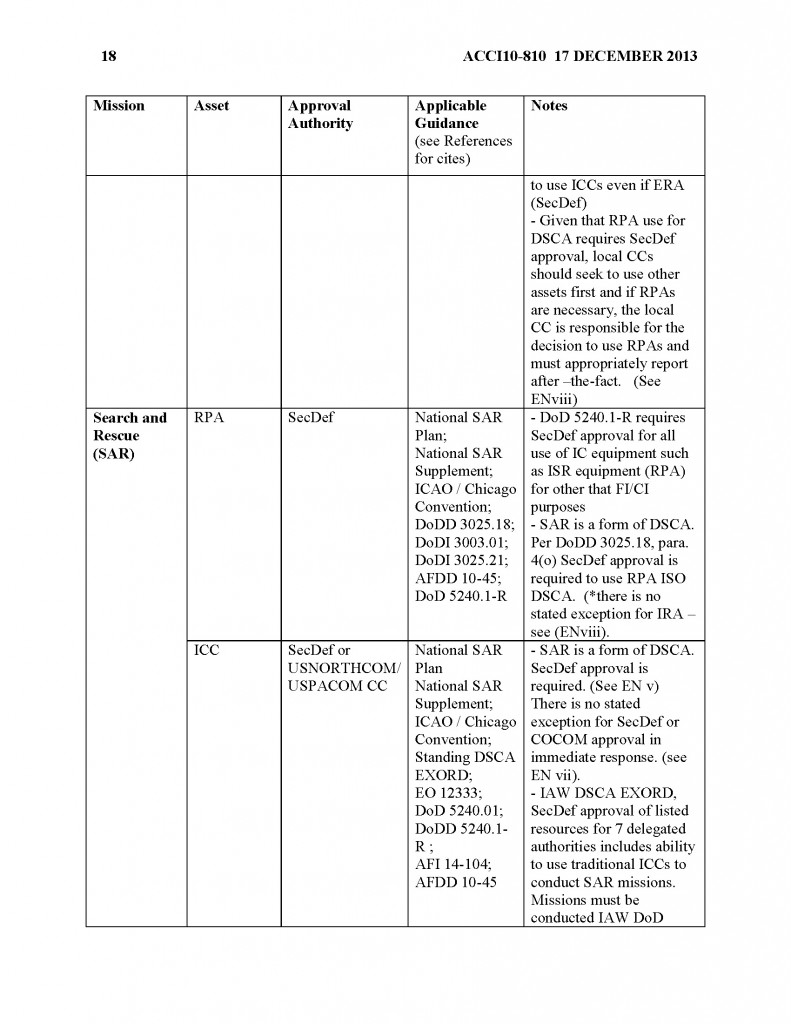 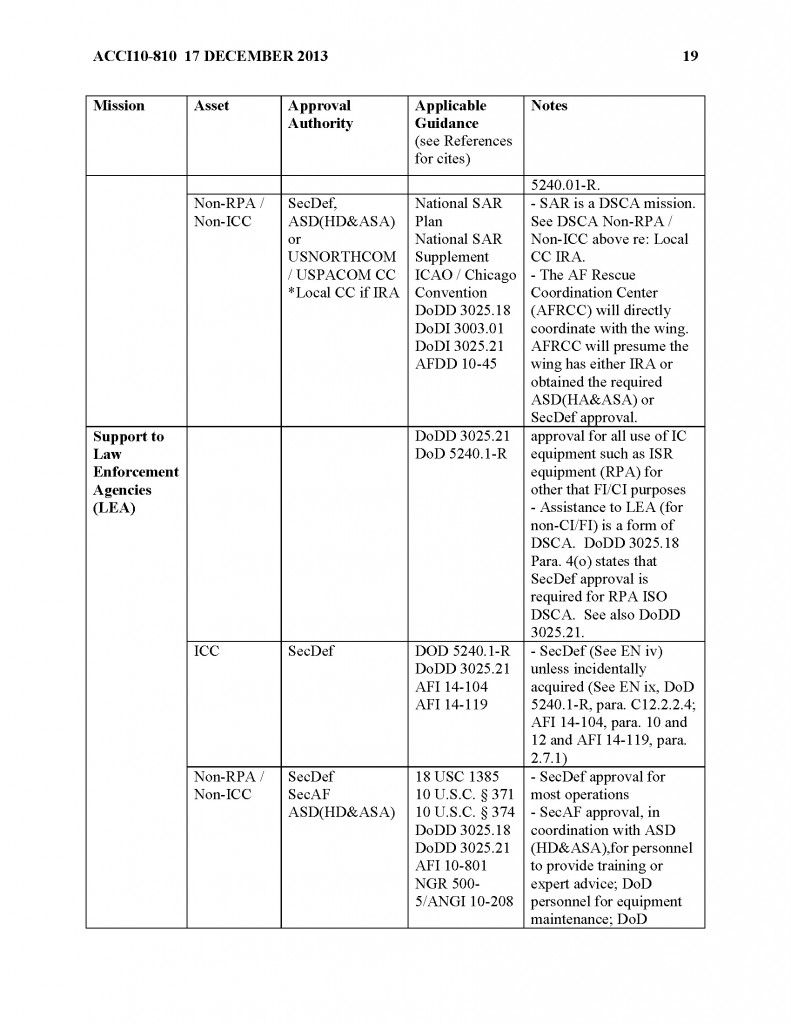 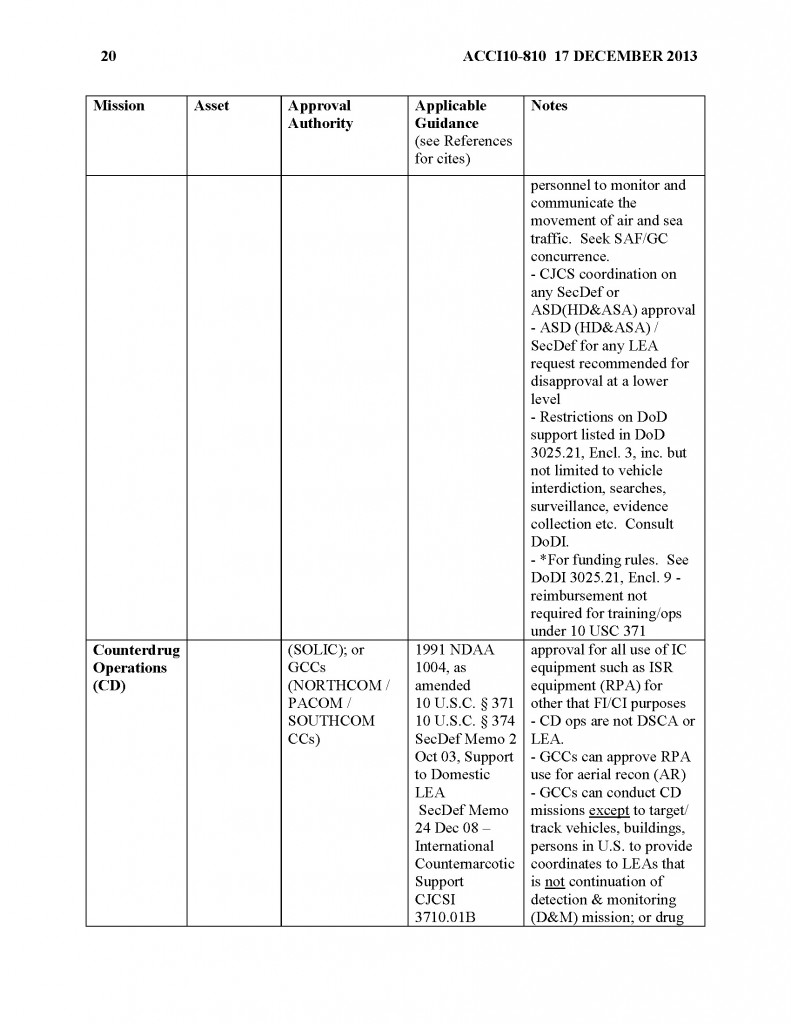 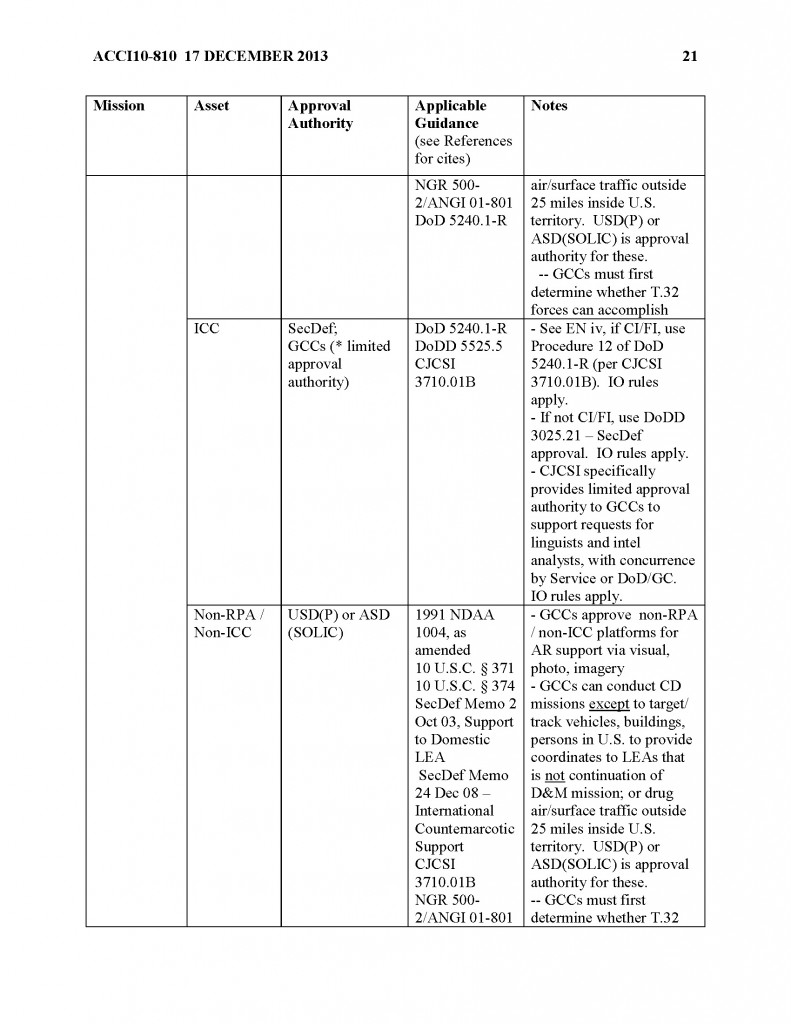 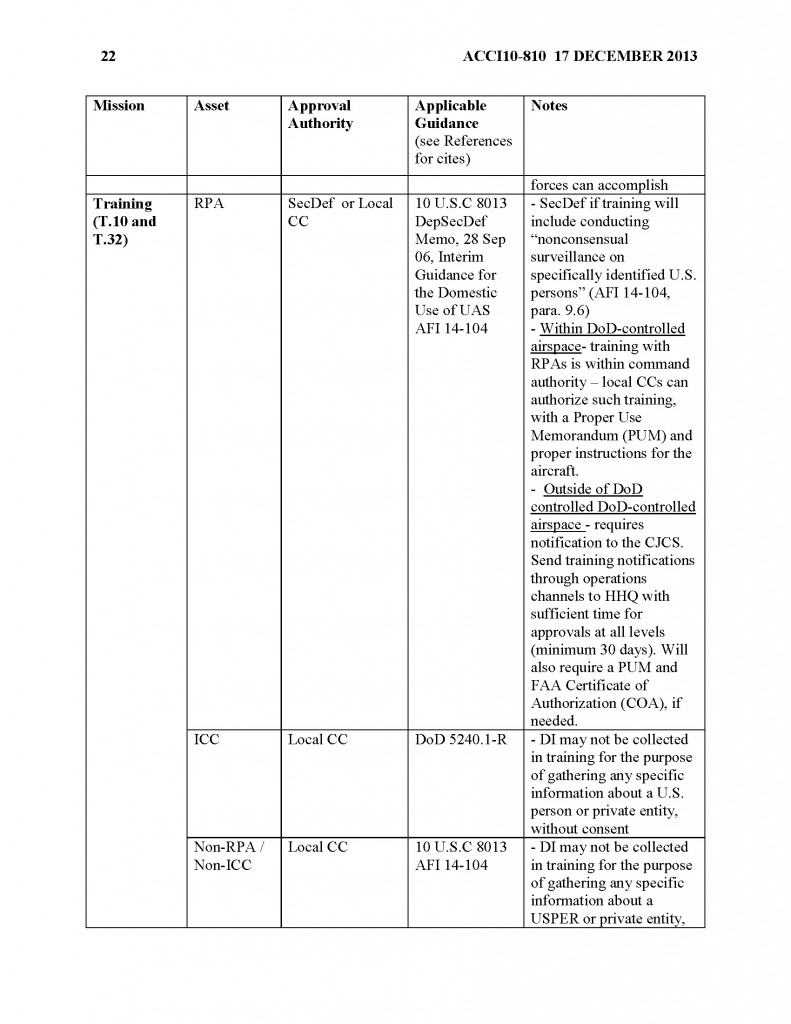 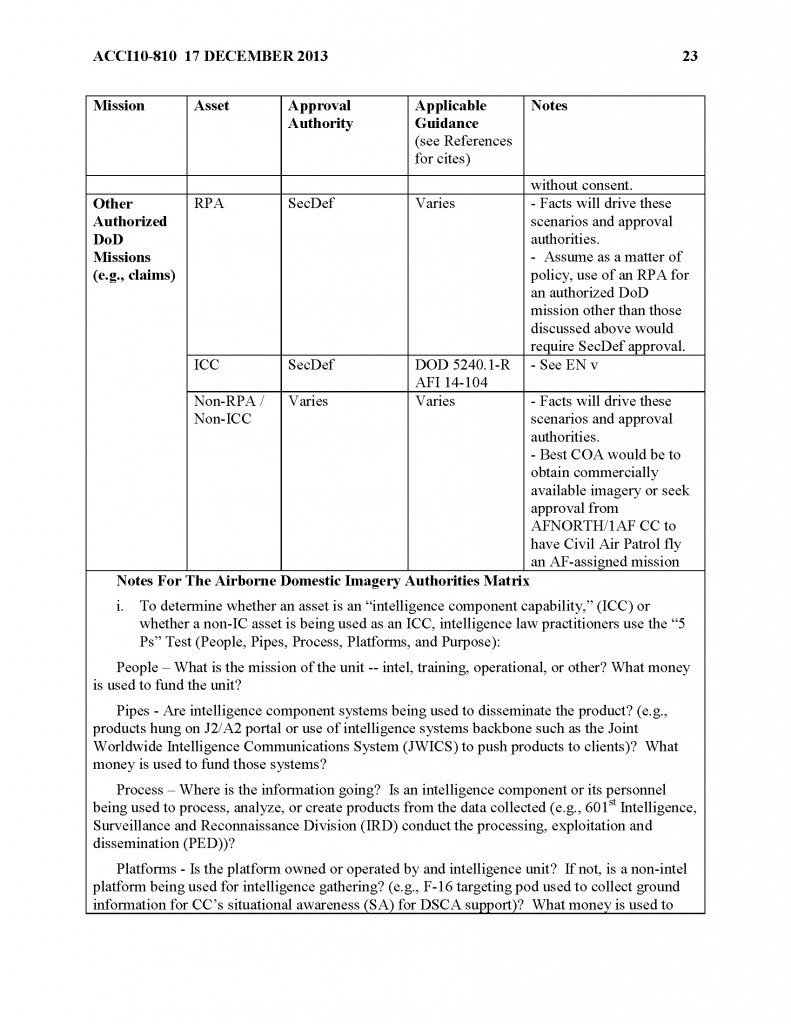